Getting back home is never easy

I just wrote a post in my blog about GV summit and Marianna Breytman encourage me to post it here. But it is general information for those who does not know about GV, what we did in Philippines and who knows, may be I can help to recruit new authors.

So I just thought about writing something original here, with my jet lag “turned on” which I woke up today at 3:30 AM argentinian time. Is my second summit and is never easy to come back home after a Summit. The first time I went I thought it was lazyness but now I know is sadness. Is not easy to confront the world after being with GVers. Is not easy to unpack and remember the wonderful moments. So I learned that unpacking does not mean forgetting. Watching photos, tags in facebook, tweets and videos is a learning process that helps us keep growing as a network, as a community. Keep ties together.

Being at a summit helped me share GV mission, being more compromise with the guidelines and community. Over my mind I keep playing the song from the congo line “PIT SEÑOR” Actually Im writing this post with the foreground music.

The 36 hours flight getting back home in which I was hoping I could find a GVer somewhere. Well finally in one of JFK restroom I did, I just can´t remember her name. And for a couple of minutes I felt back in Cebu.

Getting at home, seeing my mom and my dog, made me happy, yes. Life goes on. But unpacking, washing my clothes was not an easy task.

So a big thank you to GV Community for this opportunity. If the world could be at least 1% of what we are, everything would be better. I just decided to put some objetives to my work in GV: I will try to do one post per week. All of you will be my witness!

Just quoting what I wrote in my post in spanish:

When I was asked why I joined Global Voices, my answer was simple: I wanted to learn about citizen journalism, I like researching and about other cultures. Because it allows me to be updated on what happens in the world through voices that are not widespread, as is the citizen journalism.
Spend five spectacular days at the Conference that took place during the 20th to January 26th and I realized that I have much more to learn. And also I could devote time to photography, a silent way of looking without being seen and capture moments that will be kept forever in pictures.
I admire the work began and achieved by its founders, Ethan Zuckerman and Rebecca MacKinnon and that shows that when you believe in something, you can achieve it!

See you all on-line! 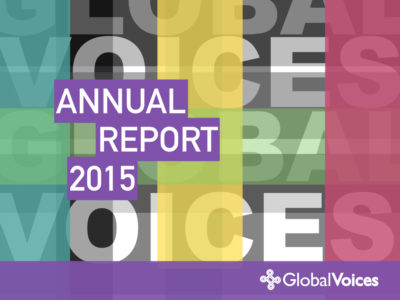