Where Is Europe's Border? A Story From Gaziantep, a City Between Turkey and Syria 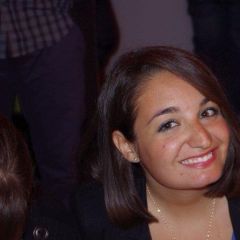 At 80 km from the war, at 100 km from Kobane (the Kurdish city that was first conquered by and then freed from the Islamic State), at 60 km from the border with Syria, Gaziantep, the last European city before arriving in the Middle East, the furthest south Turkish metropolis, is a melting pot of religions, traditions, modernity and contradictions — a cross between the Middle East and Europe. Life in Gaziantep is punctuated by the five daily prayers sessions announced by the speakers on every street corner. In the city, modern facilities and ancient mosques blend together in a city centre where shopping centres alternate with great spice bazaars. One in three cars has a Syrian license plate: 500 000 people battered by the bombing and by the advance of Isis are in town. Compared to those who live near the border, the Syrians in Gaziantep sleep in camps or squat illegally in old buildings. They do not make a fuss or raise their voice, and the Turks hardly ever use te expression “Syrian refugees”. But there is a small portion of the population that works with an NGO, the GEGD, Gaziantep Eğitim ve Gençlik Dernegi [website in Turkish] who find accommodation, educate and instruct the Syrian and Afghani children. I visited this centre during a training course organised in cooperation with the European Union by a Turkish association that deals with cultural integration in Gaziantep. The headquarters of the centre looks like a small house with a garden and a playground, but it is a centre in which at least ten different nationalities and cultures discuss, study and debate with each other. This is how I met Irene Itria, an Italian woman who has been carrying out her European voluntary service in Gaziantep since October 2014. Irene Itria with the other volunteers at the centre. Photo property of the author, Nicoletta de Vita

As soon as she heard an Italian voice she was excited because there are not many tourists here, especially Italians, unless they are part of the European voluntary service. “Our centre is also a school. Personally, I teach Arabic and English to children from Syria and Afghanistan.” The words of Irene touched me right away and her smile perfectly conveyed the commitment and the passion she puts into her work.

“I am Italian and I speak very little Turkish. The children speak only Syrian and Afghan and so teaching Arabic and English without having a common language was a challenge from the outset. I give them the tools to learn but it is their smiles and their gestures that fill my everyday life. They are hungry for culture, knowledge and, above all, they want to be accepted, or at least not ignored, by the rest of the Turkish population,” said Irene. “If you mention the Syrian problem or the word refugee to a Turkish citizen, he shrugs and walks away. In fact, although they are very comfortable with the many cultures that coexist peacefully in their city, the question of the camps and the children who are starving just a stone’s throw from here is considered none of their business. Of course, not all the citizens of Gaziantep think that way but many are not even aware of this situation.”

Among the many people I have met on this trip, only Irene has been able to answer my questions and she told me how the Syrians survive while maintaining their dignity.

They earn their living mainly by sorting the rubbish, she told me, by separating the different materials from the bins and then reselling them. Those who remain in Gaziantep and do not move on to other Turkish cities or to other European countries try as best as they can to send their children to school, and if they absolutely can not they ask for help at the cultural centre.

“The Syrian families I have met, even if they do not live in stable economic and housing conditions, do not resort to violence or crime to live. In other words,” says Irene, “they say that they can bomb their homes and hospitals, even entire cities, but all that does not make them bad people and their dignity does not crumble to the ground like their buildings.”

“The Turks are accustomed to being welcoming and tolerant of other cultures, as they are on the border between Europe and Asia and yet, when I went to the refugee camp on the border, the tension between the staff and the Syrian citizens was evident: in fact, as soon as I arrived, I realised that the phones of all the volunteers could neither call nor receive calls. They were all pretty much stuck,” she said.

As she was speaking, Irene started to lower her voice and avoided saying the word Syria or Syrian, because it meant accepting the refugee problem. “The situation on the border is difficult for more reasons than the Turkish government can imagine and the more it goes on, the worse it gets.”

And while my questions were becoming more pressing, classes came to an end and the younger children were getting ready to leave. Smiling faces, notepads and books in their hands, and many reasons to warmly greet their teacher Irene. As soon as I invited them to pose for a photo, I was surrounded by their voices: “Where are you from? Where are you from?” The children in Irene's school. Photo property of the author, Nicoletta de Vita

Irene smiled at me, proud of her work and the fruits that she is sowing in the school with these children.

I do not know, perhaps today I feel like I am in Gaziantep.