Geolocating Global Voices: Add your stories to the map!

The geolocation feature has been working on this site (GV Community) since we launched it, but has been notably missing from the rest of the GV family of sites. The reason is we wanted to test it out here and work out all the major technical issues first. Well that's all done and we're ready to get going! Starting today you can add a “geolocation” (coordinates) to any post in the GV network.

Adding a geolocation is easy Picking the best coordinates for a post won't always be obvious. Some posts don't really have a location and others involve vague areas or multiple countries. For the time being each posts needs a single specific pin location if they want to show on the map, so do your best to pick something useful.

You can find these guidelines in their permanent location in the GV Posting Guide page on this site.

We're still deciding how to use the locations

Geolocated posts will be visible on a variety of maps throughout the site, but for the time being we won't be showing them to normal users by default. We need to build up a pool of posts with co-ordinates before we start promoting the maps or else they will look empty and give the impression that our coverage isn't as far-ranging as it really is.

In the future we'll promote a big map showing all posts from across the world, just like the one below (which shows posts from this site).  There will also be options to show maps for posts in a specific category or posts located nearby a story the visitor is currently reading.

Inserting a context map inside your posts

I wrote this post in Montreal where I live so I used it as the geolocation of this post. Then I used the [gv_map] shortcode to  embed the current post's location as if it was an image

On the right you should see the initial option for making use of geolocations: the [gv_map] shortcode. If you use it inside a post it will be replaced with a map that you control with the shortcode's arguments. The shortcode on the right is specifically showing the “single” map, which has just one pin – for the current post – and serves to give context to the reader about where the story takes place.

Notably, the map also has a caption just like an image would have. This is vital for indicating to readers why the map is showing, and if you use this tool you should add some text about the location that contextualizes the story and explains the map.

Here's the code I used to display the map above:

Thanks for learning a new system and helping us test it!

What do you think? Will this be a useful feature for the main GV site? Will you be adding “single” context maps inside your posts? 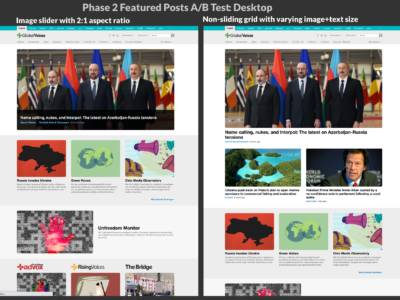 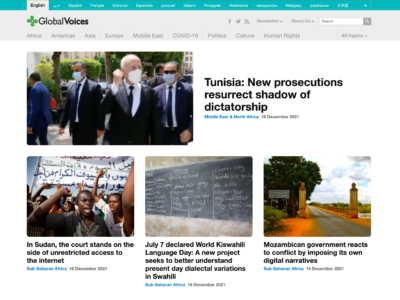