“Radicals everywhere”: where do we all go wrong?

In the first two months of the year, we have witnessed the attack against a mosque in Sweden causing injuries to five people; the attack against the French magazine Charlie Hebdo which caused a 11 deaths; 60 attacks against mosques and Muslims in France; the North Carolina shooting in which a dedicated atheist killed three Muslim youngsters; one of the biggest Islamic centers in Houston which was burned; the shooting and the murders in Denmark by a 22-year-old who recreated the Charlie Hebdo attack.

The conclusion that can be drawn is: a war between religions. This might be the easiest populist answer. The answer that is expected from right-wing radicals, left radicals, Muslim radicals, Christian radicals, dedicated atheists and every other radical from Chicago to Kuala Lumpur. In Denmark since 2008 there is a gangster-type war between rockers, the far-right and people with immigrant origin. A few individuals with radical sentiments are dictating the rhythm of our lives, but also the media coverage. They dictate when do we fear and when we don’t. They are individuals who have found the answers in extremism and who disregard life. The important thing we need to ask ourselves is why these people have found the reason to live according to such actions and doctrines. Once again we face the risk to deal with the repercussions instead of the real reasons, whilst the wave of violence is taking known and unknown new victims.

Among the victims of the same radicals from different political, religious and ethnic groups, are all the others. The society is wounded, but the bullets that have killed and injured so many people have torn the tissue of every single outside observer. Thanks to the prolonged media coverage which we receive while watching the TV and reading the newspapers, the power of radical ideas is rising even more. Prophets appear. They are calling for mercy, rights infringement and a dialogue failure. When we add this to the social disillusionment of whole communities, the misery in the ghettos all around Europe, the Western countries’ foreign policies in the Middle East and Africa, the portrayal of reality as a world full of people waiting to kill you on the next street, intensifies the fears and the feeling of hopelessness. If you only rely on the television coverage to inform yourself about what is going on around the world, you might be left with the impression that the end of the world is coming — not the one in 2012, but the real one where people are killing each other, the hatred is widespread and there is no other option for survival, but that every country erects high walls around its territories.

How did we allow extremists and radicals to dictate our lives?

After 2001 and the following wars in Afghanistan and Iraq, it seems like the whole world turned upside down. The fall of horrific regimes in those countries due to a foreign intervention, triggered the groups, which up until then have been excluded in the corner and have not been heard, to come into sight. From the extremists in the Middle East, to the far-right fractions in Europe, Russia and the US. Today our world is held captive in the hands of radical ideas. The moderate is dying whereas every person with a contrasting opinion, who tries to cultivate equanimity into our pseudo intellectual reality, is being condemned as a supporter of Jihadism or other ideology.

The main target for anyone, who has organised an attack, is not the victims, but the people behind the TV screen. The goal of terrorism — regardless of its colour and appurtenance — is all of us, everyone who will watch the evening news in order to receive a new portion of fear and grief.

An initiative which encourages the community to ignore the actions by the Jihadists from Islamic State (IS) was launched in the Muslim and Arab community two months ago. The campaign is intended against the public display of bloodsheds, against the distribution of their messages which according to many promote the ideas of the organisation. Many of those, who have joined this campaign believe that if the media is not discussing Islamic State that much, the goals of the rebel group will not be pursued that easily, because we don`t have to forget that every criminal organisation seek attention and want to clearly state that it exists.

It is doubtful whether such campaign will be effective and whether it will not lead to apathy and lack of sensitivity towards the problems of extremism in the Middle East. But there are more and more signals showing Muslim countries societies are tired of Islamic state demands and actions that does not respect not only the right of life of Muslims, but the right of life of anyone at all who have become their victims. Jordan has witnessed mass protests against Islamic State. In Libya the headquarters of Ansar al-Sharia were burnt. In Yemen protests were sparkled against different groups which tear the country apart. In Syria the campaign against Islamic State, initiated by the local residents in the provinces Ar-Raqqa and Deir ez-Zor, have an increasingly notable success. These protests did not receive the necessary and adequate coverage, but I am sure you have seen the reports from Niger, where demonstrations supporting the Charlie Hebdo attack appeared.

The mass murders and bloody scenes sicken and, most importantly, terrify. It is a myth Muslim community is not against extremism, but when these radicals are kidnapping your relatives it is much harder to react. Many people in Jordan were scared of the result from the political interpretation of religion. This fear is a prolonged phenomenon — it was time for the ordinary people to understand the extent of the political use of religion. For activists in the Middle East it is increasingly clear the differences between regimes and the radicals are very few whereas their only goal is the ordinary people. The people were placed in the front line with the only intention to be seen where the enemy comes from as it was in the World War II. In such manner whole societies are used by radical politicians, radical militants, radical thinkers to lead their wars and everyone standing between them is a potential collateral damage victim.

Attacks, similar to the one in Denmark against the critics of the radical Islam or the one in the US against Muslims, done by a dedicated atheist will continue until decisions are implemented. The condemnation does not have any effect if it does not bring change. The infringement of personal rights and freedom as a measure, part of the anti-terrorism campaigns, will not bring any positives. The demand for collective apology from all Muslims is not plausible and does not have any effect apart from tensions escalation just as it is not plausible to demand a collective apology from every atheist or Christian for the fact a couple of people have committed violent acts. I do not believe that my friends are guilty for the actions of Steven Hicks, Anders Breivik or the brothers Kouachi. What is required in the moment is an intellectual front against the radicals. What is crucial is a silent majority which will stand up against the extremes and will show that it does not agree with a reality, in which only preachers or national heroes who hold rifles in their hands have a say.

The solution is not in the politicians that we have in our society — they proved their failure and the mistakes from their wrongful steps will yet have an impact. It can be expected only from the ordinary people to extinguish the nationalistic fires and the radicalization in religion meaning. The answer to extremism is not more extremism, because these ideas are strengthened by each other. There is an alternative and it is not to let radicals dictate our everyday life. 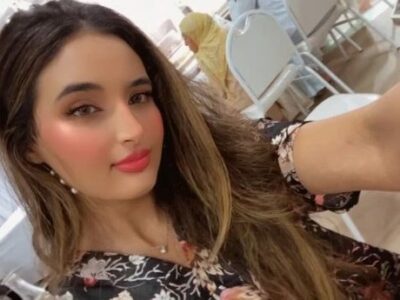