I hope you're all having a great start to your week! Today in Translator Land, we are talking about…

BIG NEWS! Amazon's imprint, AmazonCrossing, announced on October 13th that it will receive $10 million in order to fund into-English translations of books so that English-speaking readers can have access to more books in foreign languages. Read more in an article published by Quartz here and the official press release from Amazon here.

This is particularly great for into-English translators, since you can now sign up to get word about paid translation opportunities!

“You can already have bilingual conversations from English or German to Arabic thanks to the conversation mode or text input in the Google Translate app. Today, we’re also adding the ability to translate printed text instantly between these languages.”

They are also debuting Split View for the newest iPads, meaning “if you’re sending an email or text and need to translate, you can see both apps at the same time.” 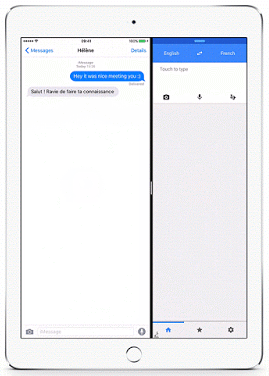 Think the language industry is a dying field? Think again! In a recent article published by Slator, reports showed that translation startups raised over $231 million dollars in funding over the last decade, “reflecting the growth of the $38 billion language services market.” Read more here!

Kasia Pranke from “Your Polish Translator” rounded up five language professionals to bring you networking tips for translators just starting out in the field. They began by cover mistakes to avoid when networking and have two more posts coming up!

As always, thank you all for your hard work and dedication to GV!