From the Archives: Keep Your Writing Simple 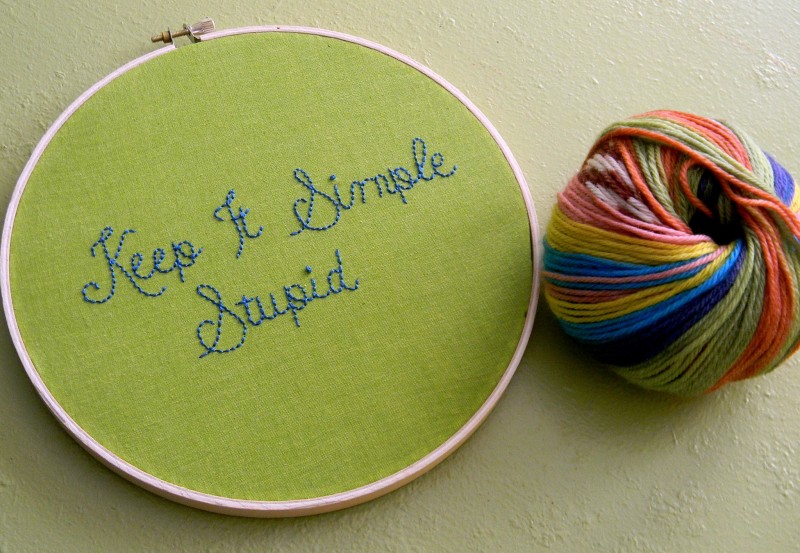 The acronym KISS (Keep It Simple, Stupid!) originated in the US Navy, but is often cited by writers. Photo by Flickr user Hey Paul Studios. CC BY 2.0

The Weekly Writing Tips are a collection of best practices for writing and reporting at Global Voices. November's throwback tips are brought to you by news editor Lauren Finch.

“If it’s important at all, it deserves to be expressed clearly and plainly, so that anyone can understand it.” -Dustin Wax

After more than two years of Weekly Writing Tips at Global Voices, we're taking a trip down memory lane. Our newsroom editors have shared some brilliant advice in that time. In this installment, let's take a look at the benefits of keeping your writing simple, as told by Firuzeh, Kevin and Mahsa.

In academic writing, we can find jargon everywhere (although it really shouldn’t be). In journalism, on the contrary, jargon — or the use of more “sophisticated” words” — is not considered a symbol of knowledge or expertise. Jargon is mostly frowned upon because good journalism should be clear and concise. At GV, this is especially important, because we are writing for a transnational audience.

This is an interesting example from the Language Corner of the Columbia Journalism Review:

The mayor’s op-ed piece urged action on a regional 911 system, which, among other things, would “provide consistent and transparent performance metrics countywide.”

The use of “metrics” is endemic in business contexts, but it’s gained yardage (dare we say, meterage) in mainstream journalism, where reporters parrot sources and talk about “establishing clear metrics to achieve” reductions in poverty worldwide and “advanced metrics in college basketball.” “Setting goals” and “statistics” might work just as well, and wouldn’t require readers to switch to a metric system.

If I had a donkey as wouldn’t go
Do you think I’d wallop him, oh no.
I’d give him some corn and cry out
“Whoa,”“Gee up, Neddy.”

And then he shows how many news writers might ruin it:

If I had an ass that refused to proceed,
Do you suppose that I should castigate him, no indeed.
I should present him with some cereals and observe
Continue, Edward.

There are long lists of “wasteful words,” but to give you an idea of what they include, here are a few examples of what you’ll find on those lists:

Keep writing simple, and avoid complicated style and grammar techniques to impress your readers. Don't trip over yourself using complicated grammar and structure for the sake of sounding intelligent because you can be sure readers will trip too. This discussion initiated by Kurt Vonnegut about the use of semicolons is perhaps the best explanation of this.

“Here is a lesson in creative writing. First rule: Do not use semicolons. They are transvestite hermaphrodites representing absolutely nothing. All they do is show you’ve been to college.” – Kurt Vonnegut

A good passage making the argument for mindfully using semicolons:

“So yes, Kurt Vonnegut: simplicity, in grammar as in all things, is a virtue, not to be sneezed at. But I can’t agree that semicolons represent absolutely nothing; they represent, for me anyway, the pleasure in discovering that no piece of writing advice, however stark, however beloved its deliverer, should ever be adopted mindlessly.” – Bel Dolnick, on Kurt Vonnegut and semicolons in the New York Times.