From the Archives: Tips on Writing for a Global Audience 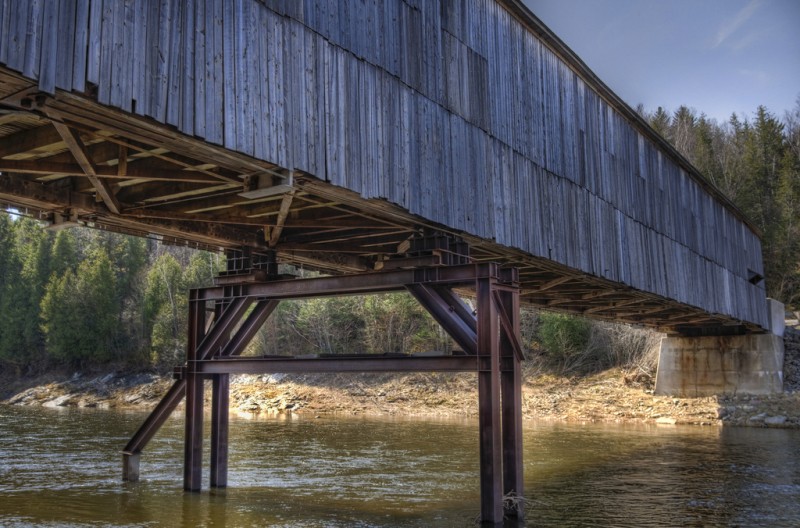 Global Voices’ mission is to build bridges of understanding between people around the world. Photo by Flickr user Sean McGrath. CC BY 2.0

The Weekly Writing Tips are a collection of best practices for writing and reporting at Global Voices. November's throwback tips are brought to you by news editor Lauren Finch.

After more than two years of Weekly Writing Tips at Global Voices, we're digging through the archives. In this installment, let's take a look at advice to keep in mind while writing for a global audience, as told by Mong, Laura and Janine.

Second example: Our recent Myanmar article on political memes mentioned the term top-up. I don’t know what it is. Apparently, it’s a common term used in many countries to refer to the loading of an amount to a mobile phone or card. Again, in the Philippines we do not use the word top-up in our everyday lives; we use ‘load’ or ‘loading’, and those who went to Cebu probably saw many ‘loading’ posters in the streets.

Third example: Presidentiable and senatoriable are grammatically wrong or misused English words but again in the Philippines, they are used by everybody including the media, academe, and government. It refers to presidential and senatorial candidates. We can use the term ‘presidentiable’ in GV but we have to explain it.

Fourth example, and this is the last. MP is popularly known as Member of Parliament. But again, in the Philippines we have a presidential system of government and ordinary Filipinos won’t understand MP as a political term. Besides, MP in Philippine media refers to world boxing champion Manny Pacquiao (or Mong Palatino :-) )

I’m sure there are many other examples of common words we use in our respective countries that are not easily and instantly understandable to our global readers. It is our duty to clarify the meaning of these words.

A lot of guides advise “avoiding” these references and also avoiding humor. Nevertheless, I believe it’s possible to use them when the context doesn't take too much to explain.

Another tip is being careful with references that are specific to American (or Western) culture. Even when a lot of non-Western readers can understand them, they contribute to a style that can fail to be inclusive.

“If you happen to be a member of the dominant culture, you might not even notice the problem. But if you are a member of a minority culture, the bias is obvious.” (Nancy Hoft quoted by Lisa Heitzman)

English contains thousands of idioms: accepted phrases whose meaning differs from their literal meaning. Think of the confusion these idioms could cause for non-native English speakers: “change hands,” “hot deal,” “before you know it,” or “bend over backwards.”

To write for global readers, substitute literal expressions for idioms: write “change ownership” instead of “change hands,” “special offer” instead of “hot deal,” “very soon” instead of “before you know it,” and “do everything possible” instead of “bend over backwards.

3. Minimize the total number of compound nouns, verbs, adjectives, and adverbs in your sentences

Martin Schell from Writing World recommends that instead of:

The Chairman and the Directors warmly and heartily welcome and invite you to our beautiful and charming city.

Try something closer to:

The entire Board enthusiastically welcomes you to our beautiful city.

His examples are more about internal communication, but I believe the advice is useful not only to be reader-friendly, but also translator-friendly.

“International” — Many people use this term to imply “any country other than mine,” but what it really means is “all countries”

Cities without indicating state and/or country — There is at least one London in the US in addition to the city in England, and I used to live 20 minutes from Brisbane, but not in Queensland, Australia.

Slang and dialect — Words that are not found in a good dictionary should be avoided, as they won't be easily translatable.

I would add to the list from yaaka.cc above some expressions that should be used with a lot of care. I personally avoid them, but they keep being useful for some writers:

Our audience is pulled in lots of different directions and they only have a certain amount of available time to invest – so use your words wisely. Get the point quickly and stay on point. Ask yourself, “What is the post about?” Make sure every word, sentence and paragraph can be tied back to the focus of the story, even though they may reveal different things about it.

I’m sure most of you have heard of the super-short “novel” that was attributed to Ernest Hemingway: For sale: baby shoes, never worn. A friend of mine issued a similar challenge on Facebook recently: Write the saddest story you can in four words. Her contribution: I wish I had. Another person wrote, referring to the date of Trinidad and Tobago’s upcoming general elections and the widespread dissatisfaction with the current administration: September 7th isn’t tomorrow. It can be fun to challenge yourself to write just what is necessary to tell the story well.

Use the active voice

One of the regional blogs I follow (out of Jamaica) is called Active Voice. I always thought it was a great name, and not just because it’s a useful rule of writing. “The president resigned” will always read better than “The resignation was issued by the president”, but I think using the active voice also reminds us of GV’s advocacy mission – we are all, even in some small way, activists. Our writing should attract attention, inspire change, or at the very least, get our audience to consider something from a different point of view. The active voice can also be used to great effect as a stylistic tool – check out Georgia’s completely engaging Bridge post, How To Miss A Coup d’Etat.

Do what you do well

Our GV Mission says that “we work to find the most compelling and important stories coming from marginalized and misrepresented communities”. When GV began, a lot of that effort was focused on curating those stories – now, we try to paint a picture, provide context and explain them in ways that curious global audiences can grasp. I love going to our site’s main page, clicking on interesting posts from around the world and understanding the issues in a way I may not from reading other news sites. GV authors do this when we tell stories from a unique point of view, offer new information or a fresh perspective or simply explain things in a way that no-one else is doing. It’s a great idea to read other authors’ work, because we all have different writing styles and can learn from one another. I always find myself immersed in the stories that Chris Rickleton writes, for instance – he has a way of drawing you in so that you feel you’re right there in the middle of the action. Which stories do you like to read? What can you learn from your colleagues’ writing styles?