As 2015 comes to a close, I've been looking back at the last four years of stories on Advox and thinking about what has changed, and what we might want to focus on in the coming year. When I started as Advox editor in early 2013, we had a healthy tradition of covering the Middle East and North Africa, along with China, Vietnam and a handful of other countries where we had strong teams and where threats against online speech were part of everyday life.

More than anything, this was a reflection of the makeup of our community and our use of resources. With Sami Ben Gharbia at the helm of Advox until 2012, and the steadfast work of MENA editor Amira Al Hussaini, we had a natural stronghold in the MENA region. And since early on, Oiwan Lam has worked as our sole country-specific editor, and she has kept our coverage of China, Hong Kong, and Taiwan strong, unique and insightful throughout this time.

One key goal that Hisham and I set for ourselves in 2013 was to diversify our coverage. At the 2012 Summit, we talked extensively about the very global nature of digital rights issues. We all knew that Internet users in many countries beyond the “hot spots” routinely mentioned in Western media were facing challenges in this realm, and we felt that we had to work harder to show this in our stories. In some contexts the threats were more systemic, stemming from new legislation or corporate activity, in places like South America and Southern Europe. In countries like Bangladesh and Ethiopia, netizens were facing similarly grave threats but simply weren't getting the same kind of attention as those China or Egypt.

As we've been tapping away at this challenge for a few years now, I thought it was time to take a look at the numbers and get a clearer picture of what we've achieved and what we might aspire to in the coming year.

Last week, Jer helped me pull data sets of our country categories from the Advox site. I put them into a set of maps using CartoDB so that we could see how our coverage has changed over time. The map works pretty well, though there are some inconsistencies in the CartoDB program with naming of countries and regions — among other things, Taiwan is missing its ROC designation, and Caribbean islands that fall under Dutch territory are simply labeled “Netherlands”.

Total posts for 2012: 212. Take a look at our coverage from 2012. I was surprised to see that despite all that happened during this year, we had relatively few stories in the Middle East and North Africa, with the exception of Iran. I think this is more a reflection of which stories from GV's main site made it onto Advox than it is of our overall coverage of these countries, but it is still interesting to see. There is also a large amount of attention devoted to Latin America, likely due to increases in coverage after the 2012 Summit, and partners in the region like Derechos Digitales in Chile. It is also interesting to see that overall, we had very few stories outside of MENA, the Americas, and China.

Total posts for 2013: 246. Although we didn't produce many more posts in 2013 than we did in 2012, we had more stories from Southeast Asia than ever before with the work of Southeast Asia editor Mong Palatino, who is not only an awesome blogger, but also a lawyer with special expertise on Internet-related policy. Our coverage in Sub-Saharan Africa also increased, thanks in large part to the work of Nigerian author Nwach Egbunike and our dearly missed Zambian author Gershom Ndhlovu. We also began collaborating much more closely with the RuNet Echo team whose members have been kept busy ever since covering what seems like an endless parade of legislative initiatives and corporate controversies impeding free expression online in Russia and Ukraine. And we saw a spike in our coverage of the US, reflecting worldwide fallout after the Snowden revelations.

Total posts for 2014: 369. The Arab Bloggers meeting, held in Jordan at the start of 2014, set us off on a steady path for coverage of the Arab region for the rest of the year, with new contributors joining us from Algeria, Jordan, Iraq, and Sudan and new partnerships with 7iber and Social Media Exchange. We also had many more stories on Brazil than ever before, thanks to Marianne Diaz‘s coverage of the passage of Brazil's Marco Civil alongside the international Net Mundial conference. And changes in Global Voices’ editorial processes brought the Advox team to work much more closely with regional editor teams. We also hired Mahsa Alimardani to run our coverage of Iran, which has increased steadily since she joined GV. These internal transitions, along with major protest movements in Hong Kong, Ukraine and Venezuela brought a dramatic increase to our coverage in 2014.

Total posts for 2015: 370. Our map for 2015 gives a feeling of consistency with the year before. We continued to maintain strong numbers in MENA, China and Southeast Asia. In Sub-Saharan Africa, we had small but meaningful increases in coverage, particularly in places like Ethiopia, Tanzania and the Gambia, where GV routinely leads the way in the digital rights realm, thanks in particular to the work of Endalk Chala, Demba Kandeh and Sub-Saharan Africa editor Ndesanjo Macha. We also had important jumps in coverage in Bangladesh, reflecting the ongoing crisis facing secular bloggers in the country, and in India, where our stories focused mostly on issues of online harassment and net neutrality. Without the work of South Asia editor Rezwan, this would not have been possible! Editorial transitions among our Latin America team may have contributed to a lull in coverage of the region, but our numbers for the latter half of the year suggest that this will turn in the coming year.

Of course, these maps don't show us everything. They leave out key series like our weekly Netizen Report and the monthly Digital Citizen, both of which routinely include news from over ten different countries. In the future, I hope we can find ways to label these serial pieces so that we can include them in our numbers. And there is a lot more to Advox and to GV than stories — our conversations in person and online, our advocacy work, and our social media campaigns all belong here, I just haven't figured out a good way to count those yet! Here's hoping for even more diversity in coverage — and better counting methods — in 2016. 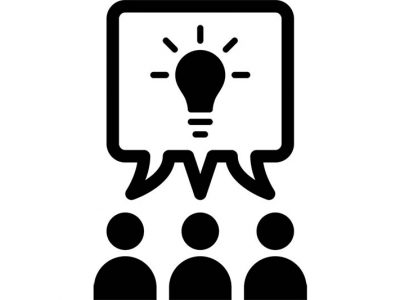