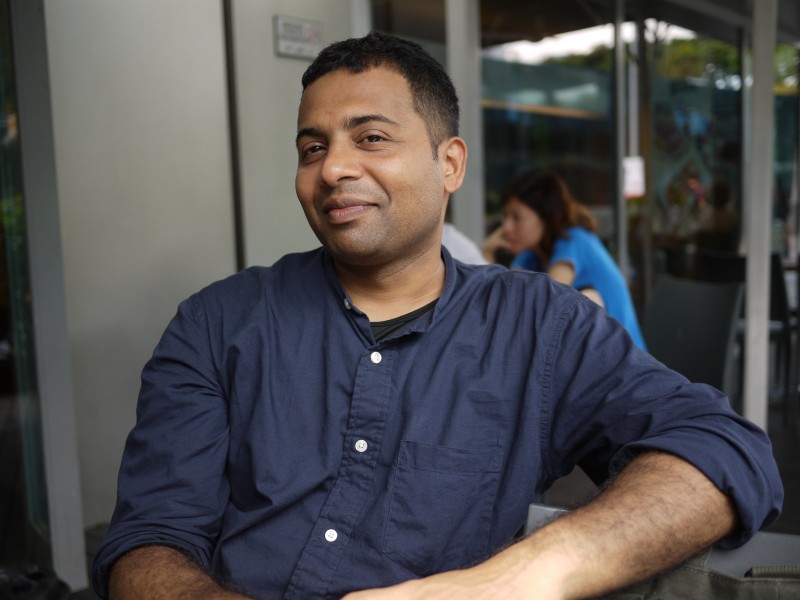 My Global Voices mentor is Preetam Rai; he invited me to write for GV in 2006 and encouraged me to read more blogs and other online portals in Southeast Asia.

I met Preetam during the GV Summit in New Delhi in 2006 and he introduced me to other bloggers and GV authors in the Asia-Pacific. When I became the GV regional editor for Southeast Asia in 2008, Preetam provided me with generous tips and guidance on how best to cover and highlight social media stories in the region.

He is the typical GV contributor: always exploring local cultures, consistently interacting with fellow netizens, and passionately writing stories about people and places we seldom read or learn from mainstream sources.

Meet Preetam, a friend, colleague, and my mentor in the GV community.

Mong Palatino: When did you join Global Voices? What inspired you to be part of the GV community?

Preetam Rai: I maintain a blog about my travels and interactions featuring South East and East Asia. Early on, my posts were featured on GV, Eventually, the SE Asia editor of the time invited me to contribute to GV. I was the SE Asian editor from mid 2006 to early 2008. I am myself very curious about cultures and countries and I immensely enjoyed interacting with people in the GV community.

Mong Palatino: What are you doing now? How did GV help you in some of your current projects?

Preetam Rai: I run and support community events and ground-up initiatives in South East Asia. Most of my projects are in the areas of education, cross- culture understanding, and technology. Many of the bloggers I met during my stint at GV are now my good friends and often support my initiatives.

Mong Palatino: What is your message to new GV authors and translators?

Preetam Rai: Digging into the online space and participating in local initiatives helped me deeply understand local cultures. This helped me professionally as I am often invited to consult on regional projects where the organisations are looking to build local communities. I would recommend GV contributors to be active beyond the online space, and make presentations at local and international events – I think the insights into local cultures that we have as part of GV is rare and unique.

Also, if you guys are ever in South East Asia or Japan, do message me – I will invite you for a coffee/beer/kvas/mate if I am around.