Ringing in 2016 with Global Voices Contributors 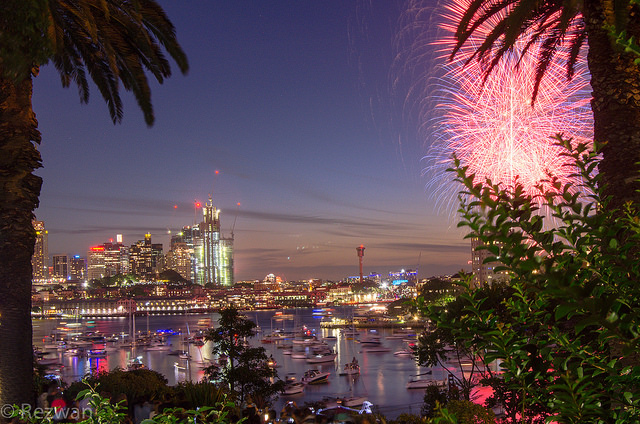 Our installment of weekly tips for the first week of January was all about using photographs in posts. The idea was to get photographs from across the GV community and together write a photo post on how New Year's eve is marked where you are.

A big thank you Rezwan, our Bangla Lingua site translation coordinator, for submitting the first photograph!

Rezwan's photograph beautifully captures fireworks in Sydney to ring in the New Year. He explains:

Framed by the glittering cityscape and the fireworks perfectly reflected by the harbour below, there’s no New Year’s Eve celebration quite like Sydney.

And here's another photograph from Rezwan of New Year's celebrations in Sydney as an extra treat, this time from Instagram:

The first round of new year celebrations

It's a Spanish tradition to eat 12 grapes when the clock strikes midnight on New Year's — one grape with every chime. Eating them will bring you good luck in the year to come, or at least help line the pockets of the country's grape growers. In fact, the tradition reportedly became popular in this land of wine over a century ago during a particularly bountiful grape harvest, with growers promoting it to sell more of their stock. You can either eat fresh grapes or knock back already peeled grapes sold in a tin. I'll opt for the fresh. Feliz año nuevo!#dayinthelifeofGV #instaGV #Spain #España #culture #travel #NewYear

For more fascinating photographs and insights from around the world, check out GV's Instagram account, where a different community member shares photographs from their week with the public.

We usually celebrate with friends and family. We have dinner and then get ready to do the countdown together. There are many traditions when the New Year arrives. First, you have to eat a grape with each bell marking 12 o'clock. Each grape symbolizes a wish for the year. After the hugs, we toast with champagne. The glass must have a gold ring in it (of course, you should be careful not to swallow it) to symbolize prosperity. Then we all go out of the house and cross the street with suitcases (it's funny to see all your neighbors doing so) to ask for trips. And lastly, you throw some water at the entrance and sweep away it to protect the house from envy.

And on Twitter, she shares her New Year's Eve meal, which included sumptuous paella and lots of Chilean wine! 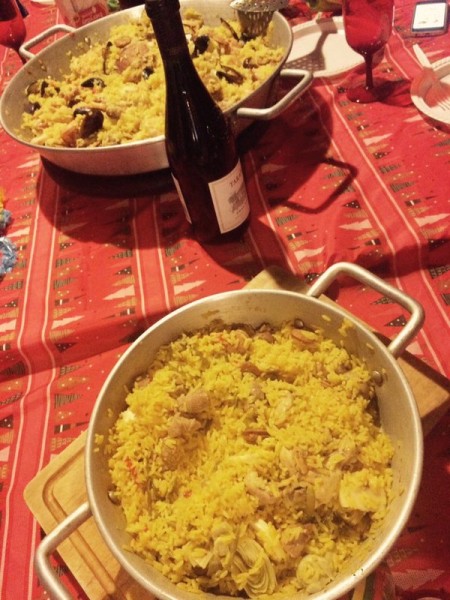 Here's to a fantastic 2016! Stay tuned for next week's weekly tips!