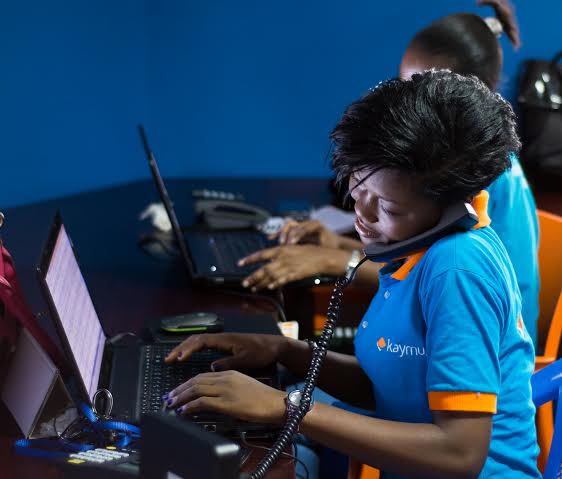 In Ivory Coast, with the rapid expansion of new information and communication technologies (NICT), new opportunities are opening up in number of domaines. After having reported negative growth in 2011 (-4.7%) following the post-election crisis, Ivory Coast has bounced back and today reports one of the highest growths in Africa.  The IMF [1] predicts a growth of about 10% for the next ten years. In Ivory Coast the New Information and Communication Technologies sector (NICT) is dominated by the telephone (mobile and landline). This is one of the sectors generating the most revenue and absorbing the most unemployed youth.  Ivorian blogger Aboukam [2] updates us in a post [3] on his blog aboukam.wordpress.com:

… since 2012, many projects have been launched, of which the most important are: the installation of 7,000 km of fiber optics across the country, the creation of 3,000 cyber-centers (even in the most isolated areas), and the launch of an operation called “One Ivorian, One Computer”, aiming to freely distribute some 500,000 computers to Ivorians. Another ambition of the Ivorian State is the popularization of the internet as a tool, by placing e-commerce at the heart of economic activity and boosting an already evolving sector.

During the last few years the information and communication technologies sector (ICT) has experienced strong growth in the Ivorian market. Reaching a revenue of 1,000 billion FCFA (West African Franc) in 2014, the sector has contributed between 7 and 8% to the GDP, reveals Bruno Kone.  With the breakthrough of mobile internet, for which the number of users is estimated at more than 7 million for the first trimester of 2015 according to Telecommunications Regulation Agency (ARTCI), companies from the group Africa Internet Group (AIG) such as Kaymu [4] et Carmudi [5], specializing in the domaine of e-commerce, have experienced a major breakthrough on the Ivorian market; as well launching mobile apps in the goal of facilitating access to services such as e-buying.