Writing Tips: The Art of Writing and Psychology 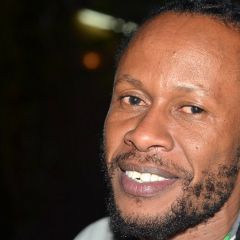 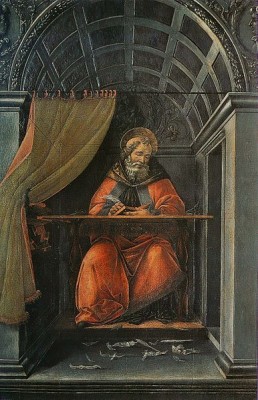 The Weekly Writing Tips are a collection of best practices for writing and reporting at Global Voices. February and March's tips are brought to you by Ndesanjo, regional editor for Sub-Saharan Africa.

It is only by writing, not dreaming about it, that we develop our own style. — P.D. James

Good Wednesday everyone. This is Ndesanjo, Sub-Saharan Africa editor. Welcome to my first writing tips.

I have decided to focus on the art of writing and psychology today. Last month I came across an article in the International New York Times by Adam Grant, a professor of management and psychology at the University of Pennyslvania, titled, “Step 1: Procrastinate.”

All procrastinators wish to get rid of the vice. However, Grant, after doing some research, he came to the conclusion that procrastination is a form of thinking and can improve creative work such as writing!

He starts his article by saying:

NORMALLY, I would have finished this column weeks ago. But I kept putting it off because my New Year’s resolution is to procrastinate more.

I was supposed to have written writing tips long ago. But I did it today. Well, this was not my New Year's resolution though. And I was not aware of procrastination as a form of thinking. So I wont pretend that I was busy thinking about writing tips!

Does procrastination leads to creativity and better results?:

[…]I drew some inspiration from George Costanza on “Seinfeld,” who made it a habit to quit on a high note. When I started writing a sentence that felt good, I stopped in the middle of it and walked away. When I returned to writing later that day, I was able to pick up where I had left the trail of thought. Mitch Albom, author of “Tuesdays With Morrie,” uses the same trick. “If you quit in the middle of a sentence, that’s just great,” he told me. “You can’t wait to get back to it the next morning.”

I imagine the time span he is talking about can easily work for book writers in many cases.

The writer agrees that there is a destructive form of procrastination. And science provides some solutions:

Of course, procrastination can go too far. Jihae randomly assigned a third group of people to wait until the last minute to begin their project. They weren’t as creative either. They had to rush to implement the easiest idea instead of working out a novel one.

To curb that kind of destructive procrastination, science offers some useful guidance. First, imagine yourself failing spectacularly, and the ensuing frenzy of anxiety may jump-start your engine. Second, lower your standards for what counts as progress, and you will be less paralyzed by perfectionism. Carving out small windows of time can help, too: The psychologist Robert Boice helped graduate students overcome writer’s block by teaching them to write for 15 minutes a day. My favorite step is pre-commitment: If you’re passionate about gun control, go to the app stickK and fork over some cash in advance. If you don’t meet your deadline, your money will be donated to the National Rifle Association. The fear of supporting a cause you despise can be a powerful motivator.

I must stress the fact that there are many times we have to deal with breaking news where procrastination, whether good or bad cannot be entertained.

Writing Tips and the Psychology Behind Them:

A few days ago, while looking at the same topic of writing and psychology, I came across a list of writing tips and the psychology behind them. The list speaks directly to me. For example, I have had to reduce the number of words in my post many times. It is after reading this piece that I came to understand why I keep adding stuff to a post and how to fix this problem.

Another one is the use of the words “generally” and “most”. I do use them and it is after reading this article that I came to understand why I use them “most” of the time.

In fact, I should have started this part of my post by saying: Lists are “generally” useful. “Most” of us like them.

You’re afraid of making a bold statement; these words give you an out. When you don’t say anything, you can’t be wrong.

The post also talks about citing number effectively. And the reason why we like adding numbers or statistics to our writings:

You think a number — any number — adds credibility. But they’re so easy to misuse.

Yes, they are easy to misuse and misunderstand. As it is commonly known, there are three types of lies: lies, damn lies, and statistics.

What is interesting about this list for me is that I identified with it but I got to know the psychological reasons behind doing what I always do when writing.

Why it matters. Readers are impatient and will give up on your blog post, email, or document before you’ve made your point. Every extra word makes readers antsy.

Why you write long. It’s far easier to type than to edit. So people just keep adding things.

How to fix it. Edit. Delete your “warming up” text and start with the main point. Cull extraneous detail and repetition. Work as if each word you eventually publish or send will cost you $10. I’ve often had writers who were outraged that I had redlined two-thirds of what they wrote . . . only to read the shortened doc and respond “that’s so much more powerful.”

Why it matters. Long sentences make readers work too hard to figure out your meaning.

Why your sentences are too long. New ideas keep occurring to you as you write each sentence. And you think long sentences make you sound sophisticated.

How to fix it. Break sentences down into bite-size ideas. Then delete what you don’t need. Think Hemingway, not Dickens.

Why it matters. Passive voice sentences conceal who is acting and create uneasiness.

Why you write passive. Your writing teachers have trained you to write this way. Also, if you are insecure about what you’re saying, you hide it behind passive wording.

How to fix it. Figure out who the actor in the sentence is and make it the subject. For example this Fortune article says that “New ingredients are steadily being added to the job-matching mix.” Rewrite as “Startup companies keep adding new job-matching techniques.”

Why it matters. Words like “generally” and “most” [the words I used at the beginning of my email] make your writing sound weak and equivocal.

Why you use weasel words. You’re afraid of making a bold statement; these words give you an out. When you don’t say anything, you can’t be wrong.

How to fix it. Delete the weasel words, then read the resulting statement. If it’s too bold, write the strongest, clearest statement you can to take its place. (If no bold statement applies, you have nothing to say, so delete the sentence.) For example, this Wall Street Journal native ad piece includes the sentence “Most companies with traditional business models probably have a few radical developers on staff.” Rewrite as “Every company has a radical developer or two.”

Why it matters. Used properly, statistics can back up your point.

Why you use numbers the wrong way. You think a number — any number — adds credibility. But they’re so easy to misuse.

How to fix it. When citing a statistic, include the context (compared to what?). And statistics shorn of sources are meaningless; “It is estimated that” might as well say “I made this number up.” Here’s a proper way to use a statistic: “Forrester Research estimates that by 2017, 2.4 billion people will own smartphones, or around one third of the world’s population.”

Community  May 31, 2019
END_OF_DOCUMENT_TOKEN_TO_BE_REPLACED
Cancel this reply