Could Africa's Silicon Valley Be on The Rise in Gabon? 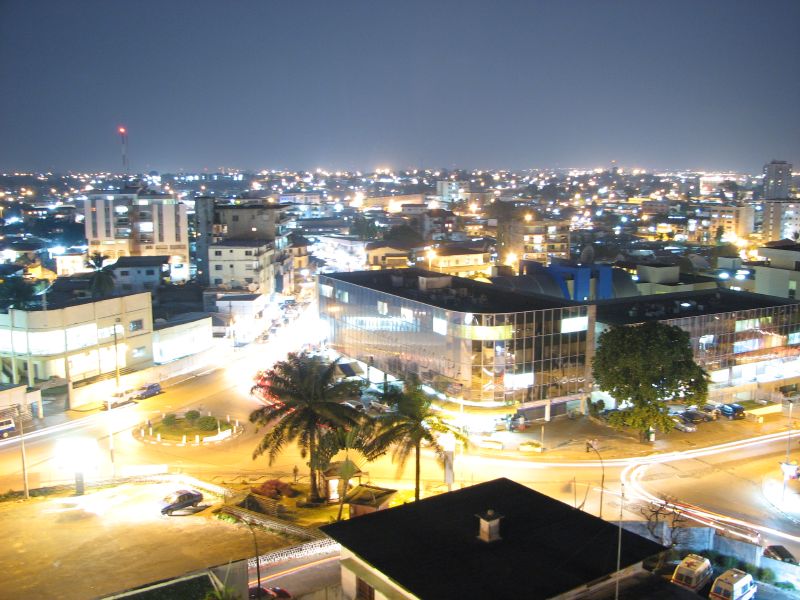 View of Libreville at night. By Hugues on FlickR CC-BY-2.0

Gabon has said yes to digital. Today the country seems to be in the midst of becoming a true hub for Information and Communication Technologies (ICT). This success has been bolstered by a deliberate state policy, driven by its national economic structural transformation program, called the Strategic Plan for “Emerging Gabon”;  aiming to make the country a regional center of excellence in digital services. Proof that the dream of a “connected Africa” is no longer just a dream, but a realization in some countries.

In 2014, the International Telecommunication Union (ITU) released its ranking of the most developed African countries, according to its Communication and Information Technology Index (IDI). Unsurprisingly, Gabon features prominently. It is in fact the only Central African and Francophone country in the top 10. Praises from the organization haven't ceased yet. Ali Bongo Ondimba then received in autumn of 2015, from the president of the ITU, the prestigious prize for Information and Communication Technology (ICT) for sustainable development in New York. Furthermore, gradually, the development of a service industry with high technological content and know-how has become both a driving force for growth in Gabon, and a major axis of diversification of an economy long focused on resources (oil, woods, minerals…).

One of the major voices calling for and implementing the transition to Gabon 2.0 is the director of the executive cabinet, Maxient Accrombessi.  His analysis of a Gabonese economic model has laid the foundations of the reform which have carried the country, making it today a regional digital hub that some have compared to an African Silicon Valley. What's on Accrombessi's agenda? To fight against an oil-income economy: an unsustainable sector creating few jobs, and facing the risk of the rapid depletion of non-renewable resources.

In this way, Gabon has implemented an attractive system favoring investments in digital technology, and above all fiber optics, in order to expand access to broadband internet throughout its territory. The Strategic Plan for “Emerging Gabon” plans to build a nearly 7,000 km fiber optic network. In conjunction, the country has invested around 110 million CFA Francs in the infrastructure, allowing the expansion of coverage of broadband networks and reducing communication service costs, which accompany the deep implantation of digital services in Gabon's economic culture -the penetration rate being 76%. The blog Alliative stresses, among other things, that Gabon is the first country in Africa to provide 4G technology.  These measures have paid off :  the ICT sector generated 293 billion CFA Francs in 2014,12,000 jobs created the same year, and sustained growth for the Gabonese economy for the first presidential term of Ali Bongo, (+5.9% for the 2010-2014 period) which is based on the performance of sectors apart from petroleum, particularly in services (+7.2% growth).

Michel Rogy, ICT policy advisor to the Gabonese representation for the World Bank , has also hailed this action:

An excellent start to high-speed broadband in Gabon and an internet development and digital economy policy which takes into consideration all the necessary elements in order for it to be a success.

And perhaps this is the secret to the Gabonese success story: an approach both horizontal (easy-access technology) and vertical (youth education). The examples are as numerous as they are varied : Gabon for instance collaborated with the World Bank to connect the country to the Central African Backbone (CAB) in 2012. The CAB fiber optic network seeks to connect the country to the undersea ACE (Africa Coast to Europe) cable linking the West African coast to Europe, in order to distribute broadband capability through fiber-optic ground cables. One can also mention the digital village building project, launched in 2015 (a large construction project of more than 2,500 centers or villages equipped with digital infrastructure across the country).

The announcement of the second edition of the International Exhibition of Digital Economy and Innovation in Gabon, assembling governmental actors, the private sector, civil society, local groups and youth-led movements, and built around high-level technical training workshops and innovation exhibition booths, shows the ambition to include this dynamic at the heart of education for younger generations. In this light, one can also cite the project “Train my Generation”, launched last May in partnership with UNESCO and mobile phone operator AIRTEL Gabon, which aims to train 5,000 youth aged 17 to 35 in 3 years in ICT domaines. So many all-out initiatives show that Gabon hopes to accelerate its race for progress, and suggests that it could very well emerge as the African Silicon Valley of tomorrow.