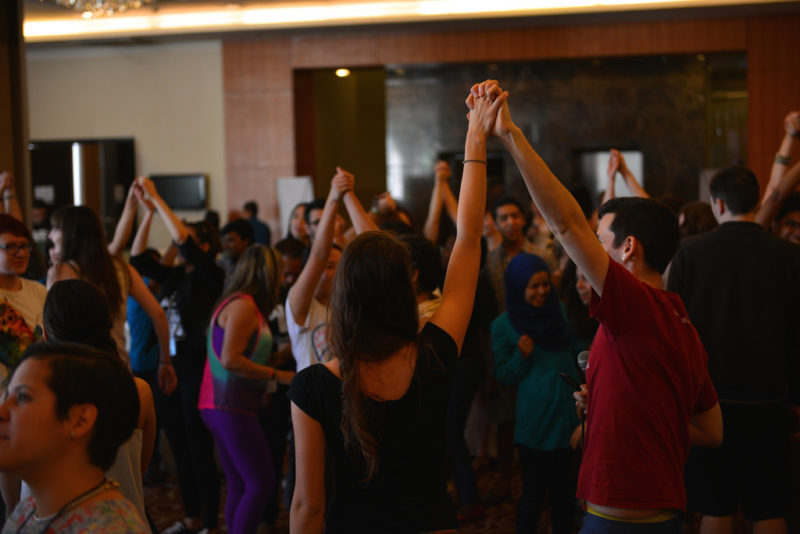 It’s time for another update from the newsroom — the place your stories go before they are published on Global Voices. Let's take a look at all that's happened between April and July 2016.

‘Global Voices played a meaningful part in broadening my perspective’

Southeast Asia editor Mong Palatino published a beautiful piece at the end of July reflecting on his decade of being a member of Global Voices. Here’s a snippet:

Global Voices played a meaningful part in broadening my perspective as a writer and activist. Before becoming a volunteer author of Global Voices, I wrote mainly to emphasize my views with little regard for the opinion of others. But writing for Global Voices convinced me to change this attitude. Rather than merely being content in imposing my belief on others, the better alternative is to seek multiple viewpoints. It didn’t stop me from writing what I truly believe, but it enriched my thinking habits.

Read his entire post here: A Decade of Blogging for Global Voices

We all read Global Voices stories, but how about listening to them? You can through The Week That Was at Global Voices podcast! Every two weeks, managing editor Sahar Habib Ghazi and news editor Lauren Finch bring you a sample of recent GV stories.

Each installment features interviews with GV contributors. We recently published our 11th episode! Let us know what you think, and if you’ve written a story that you believe would make a good addition to the podcast, let us know!

Like many Mexican towns, Oaxaca has street food that serves hungry customers well into the night.

Let me show you yet another Bahian delicacy. Acarajé really is my favorite food in the entire universe. It's the thing I miss the most when I'm away from Salvador — you can't find a decent one anywhere else, even in Brazil. It's made out of mashed beans and deep fried in dendê (palm oil). We split it in half and stuff it with dry shrimp and vatapá (a yellow purée of cashew nuts and other ingredients). It's a 100% African dish and I heard it's also found in some West African countries. In Salvador, it's a popular street food snack. Kiosks selling it are all over the city and are generally family-run, with the eldest woman in command — who also dresses in traditional clothes. Locals like to eat it by early evening, as a happy hour thing. This particular spot in the photo is my all-time favorite kiosk, located a couple of blocks from my house in a inconspicuous supermarket parking lot. #dayinthelifeofGV #InstaGV #Salvador #Bahia #Brazil #Acaraje #food

This week our Instagram reins are in GV Pakistan editor Sana Saleem’s hands. If you’d like to run the account for a week, add your name to this spreadsheet.

Executive Director Ivan Sigal announced in April that Global Voices had won a Google Digital News Initiative award. This money will be used to fund:

…a two-year project to work with Media Cloud, a custom search tool that helps researchers to answer challenging quantitative and qualitative questions about online media. Media Cloud aggregates hundreds of thousands of media sources and allows users to run queries to discover trends in online conversations and news – helping us to see patterns in the framing and agenda setting functions of the news.

You can learn more about the project here.

We’ve had to say some painful goodbyes these last few months. But once a GVer, always a GVer!

In June, Amira Al Hussaini stepped down as Middle East and North Africa editor. She was one of our longest-serving editors and was a constant source of inspiration while in the role. She promises she’s only stepping away from the editor position, not the GV community. We’re in the process of hiring a new MENA editor, so stay tuned.

Tori Egherman filled in for Mahsa Alimardani for a few months as Mahsa was finishing up her master’s degree and thesis. Thanks, Tori, for doing such spectacular work!

Mohamed Adel stepped down as a member of GV’s social media team. We’re in the process of hiring someone to fill his very big shoes.

And Tanya Lokot stepped down from her role as contributing editor for the RuNet Echo project. We’re also in the process of hiring someone for the position; it'll be hard to find someone as skilled as Tanya!

Some of you may have already noticed in your Facebook newsfeed; we started producing short videos from Global Voices stories in April.

The goal with these videos is to introduce GV stories to a larger audience. And you can help by sharing these videos in your circles.

Facebook doesn't show everything Global Voices posts on our page to our followers; most GV posts only reach about 1,500 GV fans. But the good news is every time you like or share a GV story that reach increases. A few times we've even hit 100,000 reach.

So far, we have produced eight videos and published on Facebook. Collectively, they have been viewed 100K+ times.

You can learn more by reading Introducing Global Voices Videos on Facebook — Help Spread the GV Word by Sharing!

In June, the regional editors met in small groups to brainstorm. About what? Among other things, we talked about ways to facilitate conversations in the GV community; how we should cover the US election; and better strategies for welcoming new contributors.

Regional editors have also been meeting with Gillo Cutrupi, GV's new information safety mentor. Because we want to keep all GVers safe, he’s teaching the newsroom about different methods and technologies that will boost security.

Here’s a list of our top 10 visited stories between April and July on the English site:

The refugee crisis in Europe is still ongoing and we’ve written a lot of stories since we first published our special coverage page Streams of Refugees Seek Sanctuary in Europe last year, so we revamped and updated it. Check it out!

RuNet Echo author Aric Toler concluded his epic lesson on open-source investigations on the Russian internet. His last two posts, How to Learn More About the Big Wigs and Public Officials in Russia and Ukraine and You've Read Our Open-Source Research Guidebook. Now Let's Use It, were published in May and July respectively. Check out all his posts on the special coverage page How to Conduct Open-Source Research on the Russian Internet.

We also published the page El Niño Takes Its Toll on Southeast Asia, which was spearheaded by GV Southeast Asia editor Mong Palatino.

In April, GV Latin America co-editor Elizabeth took on the writing tips. She explained what we can learn about news writing from TV advertising. She also brought us lessons on storytelling, first through a Ted talk by filmmaker Andrew Stanton (“Toy Story,” “WALL-E”) and then through the Queen song “Bohemian Rhapsody.

In June, GV Central and Eastern Europe editor Filip Stojanovski taught us how to find copies of web content after it has been deleted and how to recognize when scammers are using Twitter to present themselves as “prophets” or “fortune tellers.”

GV managing editor Sahar Habib Ghazi has the tips in July and August. So far, she’s introduced us to an excellent guide on social media news-gathering created by Cordelia Hebblethwaite and given us a list of journalism-related movies. Break out the popcorn!

Our community busy in the last few months receiving attention from other media outlets and bringing their expertise to conferences, panels and more.