Let's Welcome Two New Members. Next: We Need You for NewsFrames!

All is looking well at NewsFrames and we are happy to announce two new additions to our team: Belen Febres-Cordero and Nevin Thompson.

Some of you may already know Nevin as he is a very active member of the GV world and we are pleased to have Belen join our community.

In January we announced the NewsFrames-Rising Voices collaboration through which we are trying to apply the tools and skills of data analysis to the issue of representation of marginalized communities in mainstream and social media. Belen joins NewsFrames as the Rising Voices Community Lead. 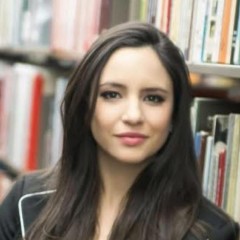 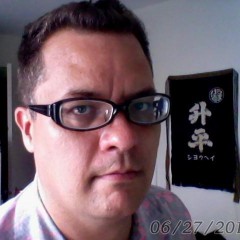 Belen Febres-Cordero is a Journalist and a Researcher and is currently enrolled in a doctoral program in Communication looking at the possible relation between alternative media and women’s health. She’s been involved in various human rights projects in Latin America and Canada including working for the International Development Research Centre (IDRC) and UNICEF.

Nevin Thompson is the Japan Editor for Global Voices. Nevin joined Global Voices in 2005 and has been one of the most active members of the GV Community. He is a translator, writer and a journalist and he can also be found at Quartz and Public Radio International. Nevin joins NewsFrames as the Communications and Engagement lead.

For Belen journalism is about covering underreported issues and she’s passionate about understanding and improving media coverage: “I knew I would be a journalist since I was 6 years old. However, early in my undergraduate studies in Journalism and Liberal Arts in Ecuador, my home country, I realized that mainstream and social media did not always provide comprehensive coverage and that different stories urgently needed to be told.”  As the Rising Voices Community Lead Belen hopes to: “keep working in the intersections between the practice and research of communication, aiming to contribute to the creation and circulation of those crucial stories that still remain unheard.”

Nevin has worked as Global Voices Audience Engagement Lead since March 2015 alongside his role as Japan Editor. “I have a background in software product marketing, which was one of the reasons I was interested in the NewsFrames project. NewsFrames uses Media Cloud as a key tool, and Media Cloud is a powerful software tool that can provide a lot of value to journalists. The challenge, though, is explaining the value proposition of the tool and figure out ways to get users to adopt the tool. So this is something that I do, and it was exciting to me to have the chance to do this in a journalism context. ”

We are not one to give up on a challenge. So what have we been up to lately?

Speaking of Belen, we are tentatively calling our collaboration with Rising Voices Marginalia. Our first investigation in partnership with MIT Media Lab focused upon indigenous communities within Latin America in addition to the Standing Rock camps in North America during 2016-2017, you can read it here.

We will be publishing instructions for using Media Cloud for your research soon while we continue to build NewsFrames.

And that’s not all! We are looking to work on more investigations and are excited to hear ideas and pitches from the GV community. If you are interested in working on an investigation or helping us with country research in Media Cloud please let us know.