African Historical Figures the World Should Get to Know: Richard Ratsimandrava 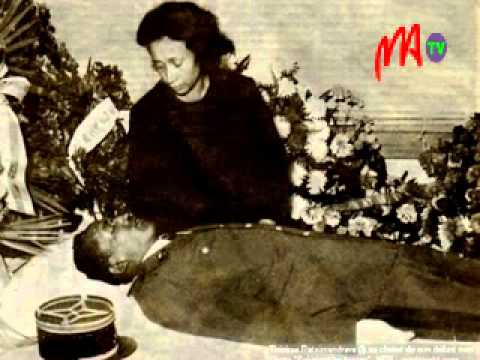 Screenshot from the documentary on Richard Ratsimandrava, taken from YouTube

This article is part of a series on African historical figures that, in the opinion of Global Voices, deserve to be better understood by the general public. This series attempts to shed light on these individuals and the context in which they evolved, as well as to critique how they were presented to the rest of the world.

B) Why you should know about him 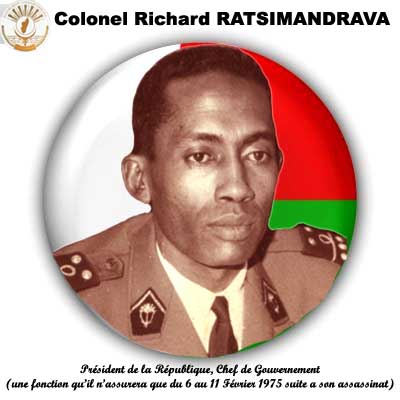 Richard Ratsimandrava is known for having pioneered the concept of governance via the fokon’olona in Madagascar. The fokon’olona is a village council of wise men composed of members from one or several clans. The French model of governance imposed on the island during the colonial period had been maintained during the presidency of Tsiranana, and Ratsimandrava wished to return to the traditional model of Malagasy society. This idea was also adopted in hopes of reconciling the diverse Malagasy political movements that had clashed violently from 1970 to 1971. It was the first major political crisis Madagascar had faced since winning its independence, and proved to be a pivotal moment in the country’s history. In 1972, massive socio-political protests were launched against the president, Philibert Tsiranana, and on May 18, 1972 he transferred full powers to General Gabriel Ramanantsoa, Army Chief of Staff. Ramanantsoa was unsuccessful in his efforts toward political reconciliation, and resigned in a context of political crisis on February 5, 1975. He was succeeded by Colonel Richard Ratsimandrava, who had been serving as Minister of the Department of the Interior. Richard Ratsimandrava was chosen as President for his leadership on these three issues:
• National development through the “fokon'olona”,
• Malagasization of the economy with a local, rural focus.
• Decentralization of power

These policies were never established; Ratsimandrava was killed one week after taking office. Despite the long investigation carried out by General Gilles Andriamahazo after the assassination, no specific conclusions were reached. The inquiry was finally closed in order to alleviate rising tensions in the country.

C) What you won’t find on Wikipedia

Ratsimandrava left a mark on the collective subconscious of Madagascans of his generation. He is not discussed much in history books and encyclopedias since his mandate was cut short by his sudden death, but many tributes to him can be found on the net: poems, stories, etc. Here are a couple of them:

Though we have been separated,
I haven’t forgotten our happiness together
Lighting up my heart and soul
I yearn for these memories, and I cannot let them go

It is to this great man we owe the term “Fokonolona” because his policies aimed to put rural people at the center of our institutional and economic structures. When Ramanantsoa transferred power to him, Ratsimandrava made the decision to reestablish the celebrated “fokonolona” framework. He based it on the initiatives of villagers who were able to independently secure financing through their own transactions.

Richard Ratsimandrava holds the record for the second shortest mandate in history as President of the Republic, lasting one week from February 5, 1975.
The shortest term was that of Mexican President Pedro Lascuráin, which lasted less than one hour on February 18, 1913.
In third places comes William Henry Harrison, who was President of the United States for one month from March 4, 1841 to April 4, 1841.

E) You can’t please everybody

Though he was well liked by the Malagasy public, not everyone in the political community of the 1970’s supported Richard Ratsimandrava. The malagasization of the economy wasn’t always in line with the policy of the preceding government. Moreover, he was Commander of the National Gendarmerie, which repressed the first uprisings between 1970 and 1971.

F) A picture/video is truly worth a thousand words