‘My dream Was to Bring Internet to my Village.’ A Final Homage to Boukary Konaté from his Friends and Colleagues

Boukary Konaté, a pioneer of the rural web in Mali, died on September 17, 2017, in Bamako after a sudden illness.

Boukary was a trailblazer in making the web more democratic in Mali, through his many projects to bring internet access to all Malians, no matter where they lived or how much they earned. He was involved in numerous web projects to promote his native language, Bambara, and to improve internet access in rural Mali through his project for Rising Voices, Ségou Villages Connection.

While social networks are increasingly criticized for their daily offerings of evils such as the spread of fake news, cyberbullying, information overload, polarized public opinion, and internet addiction, Boukary was a refreshing oasis on African social networks. He wanted to share the best of the web without ever letting the huge obstacles get in his way or getting caught in the tendency to sink to the lowest level that is relentlessly undermining digital communities around the world. The Global Voices community mourns the loss of one of its cherished members. Some words from his friends as a final homage to a life well lived, filled with humanity in the service of others:

Boukary Konaté, a man who was small in size but had a giant heart, has left us too soon. It’s difficult to explain to those who didn’t know him what he brought to his community, but he represented the best of life here on Earth and personified dignity and wisdom in our midst.

The GV Community:  We are deeply saddened to announce the death of our friend and collaborator, Boukary Konaté, yesterday in Bamako after a short illness.His story, as he told it here when he began at GV: https://fr.globalvoices.org/2009/09/06/18655/ is unique, and even magical. His work for his country of Mali, particularly his efforts for the villages—from preserving their culture and traditions to spreading the internet—was immense. 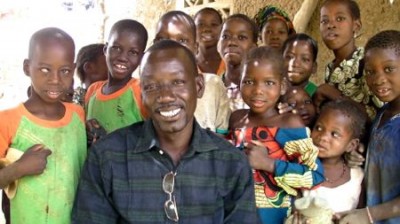 Boukary with students at Segou via rising voices

Claire Ulrich: Today we lost our friend Boukary from Bamako. May he rest in peace. His friends at Global Voices have lost an irreplaceable friend.

Anne Greffe: How sad. What a beautiful person, the force behind such extraordinary, constructive, and generous initiatives. Such a huge loss.

Suzanne Lehn: Boukary is at peace. And we are left with the inevitable pain. Sincere condolences to his family.

Mina Harker: My friend, your knowledge, your wisdom, your intelligence will be missed—by me and by many. May your soul rest in peace, my Friend.

Global Voices offers its sincere condolences to his entire family and to his loved ones. 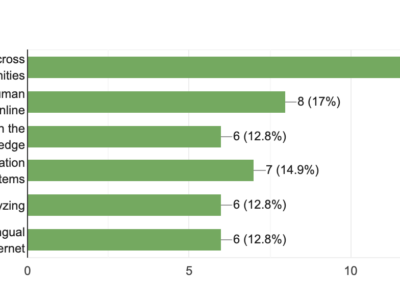