2018 Editorial Goals: Get to Know the Caribbean a Little Better! 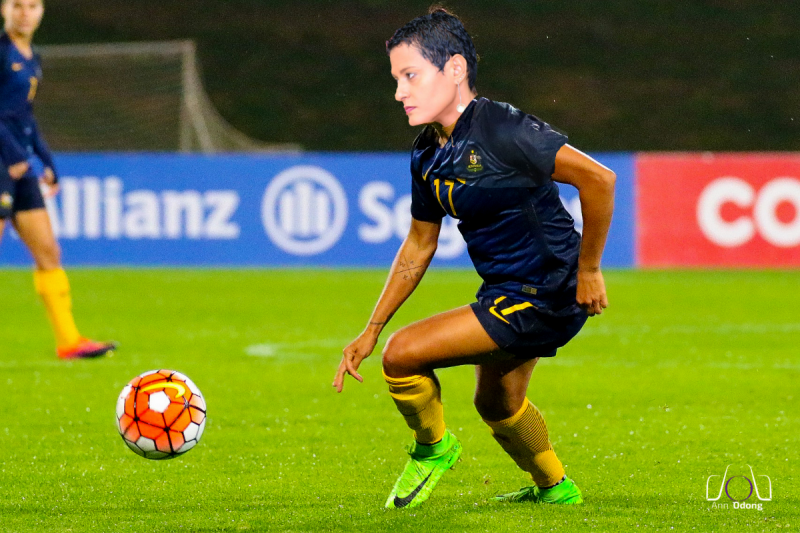 Photo based on public domain (CC0 1.0) image of Kyah Simon.

In 2018, Global Voices newsroom editors, section leaders, and other core team members will be experimenting with a new approach to our work: periodically setting detailed goals and keeping track of our progress on the Community Blog. In the following post, Caribbean regional editor, Janine Mendes-Franco, presents her plans for the first part of the year.

In the years that I’ve been covering the Caribbean for Global Voices, I’ve written over seven thousand posts—and that’s not even counting the thousands of posts from other authors and volunteers.

In terms of sheer numbers alone, this should give any reader a pretty good sense of the region, but the fact remains that while it’s really easy to clump the Caribbean together as a bunch of islands that pretty much face the same issues, that’s really not painting the full picture.

Sure, we have shared experiences (and our coverage has often highlighted some of those synergies), but each Caribbean territory also has its own identity and culture, shaped by history, language, migration, ethnic mixes, socio-political and economic conditions, and even geography.

So for 2018, the GV Caribbean team would like to drill down a little deeper into the region we call home, and here are the three ways in which we plan to do it:

We want to recruit contributors from specific underrepresented countries within the region. Here's a snapshot of the countries in the region:

Of those 28 territories, we regularly cover two of them, with intermittent coverage of about 11, and sporadic or no coverage of the rest. We want to fill these gaps, with particular focus on attracting “country specialists” in the following territories:

If achieved, these additions to our team will make posts coming out of the region more geographically balanced. In the long-term, I believe that greater regional representation in our volunteer base will help empower the regional narrative, making it more reflective of the common issues we face, as well as the particular challenges – and successes – that make each country in the archipelago unique and interesting. In the end, I think the conversations we encourage through our posts will be more open, more participatory, and more useful in creating the type of societies we want. Better regional coverage will allow us to cast a wider net in covering posts that resonate, particularly from underrepresented communities.

2.  Using online tools to get the region talking:

Emma Lewis, our Jamaica-based author, has come up with the idea of GV Caribbean hosting a monthly Twitter chat about an issue that’s in the news regionally. Assuming we’re successful with author recruitment that is more representative of the Caribbean, this initiative seems like a natural next step, establishing GV’s voice as the facilitator of important regional online conversations and making the organisation more well-known throughout the region as a trusted news story source. This initiative is a simple but effective way to build bridges to understanding by facilitating meaningful, respectful online conversations.

Civil society across the region has become much more active: Trinidad and Tobago has quite a few outspoken feminist and anti-corruption organisations, for instance, and Jamaica has made great strides in the areas of youth empowerment, human rights and environmental advocacy.

We’d like to collaborate with some of these groups to produce a series on specific topics. We’re also interested in using the concept of participatory video in the region. At Global Voices’ 2017 Citizen Media Summit, there was an impressive session about the ways in which teaching video to indigeous communities is helping them take control of their own narrative, defend their territory and way of life, promote understanding of their culture and advocate for their rights.

Of course, the method doesn’t have to apply solely to indigenous communities, though the Caribbean’s First Peoples could certainly use that support (Dominica’s Kalinago community is reportedly struggling post-Hurricane Maria). There are also many other pressing issues facing regional communities that could benefit from the participatory video approach.

Covela Foundation, with whom we are already partnering on the #CaribbeanStrong series in the wake of last year’s Atlantic hurricane season, has expressed interest in working with InsightShare (which facilitated the Summit sessions) and GV on a participatory video project. Details and funding are still to be worked out, but we’re really excited about the possibilities of working with a deserving community to get the ball rolling in the region.

Why? As a region, we need to start advocating for ourselves and this seems like a really effective way to create positive change. To have a project like this be successful would be an incredible step for digital advocacy in the Caribbean. With our three-step programme, the ultimate goal is for the world to understand both the challenges and strengths of the Caribbean a little better.