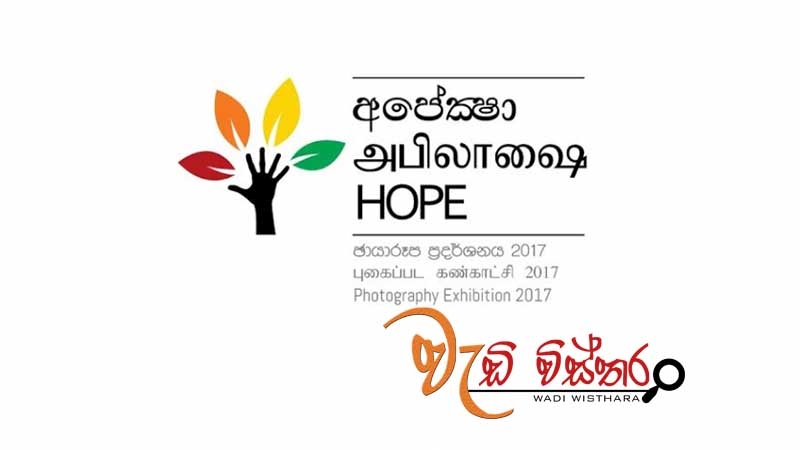 In 2017 I was invited to participate at the Global Voices Summit [1] which took place in Colombo, Sri Lanka. It was the first time I attended the GV Summit. The summit exceeded all my expectations. All the discussions, panels, debates, and presentations, both during the internal meetings and the public conference — on diverse topics such as the open Internet, human rights, online civic movements — were thought-provoking and revealed the opportunities and challenges in these endeavors. The summit was also a place for creating connections, friendships and collaborations among the participants coming from more than 70 countries.

After the summit, I had the opportunity to explore some significant sights in Sri Lanka. One of these was the Viharamahadevi Park, the oldest and largest public park in Colombo, located in front of the colonial-era Town Hall building and close to the National Museum.

The park has several entrances, one opposite Park Street, the other next to the Public Library, and the third one — through which I walked in — opposite Town Hall. I admired the water pools in the center of the park, the aquarium on the far left end, the lake, the suspension bridge, and the World War memorial at the south end.

While taking a stroll, I came across the posters that were part of the photography exhibition titled ‘Hope’. This is a project organized by the Office for National Unity and Reconciliation (ONUR), in partnership with the Delegation of the European Union to Sri Lanka and the Maldives. As it is explained on the EU Delegation to Sri Lanka website [2],

The initiative is a means for Sri Lankans to capture and share their ideas on what reconciliation means to them, in the context of reaching 70 years since Independence and the way forward towards a just and equitable society.

In the official presentation of the photography exhibition, it is stated that:

During the last seven decades, the country witnessed moments where we have been proud and united as a nation, as well incidents which have challenged our unity and made a significant impact on our lives forever.

Amateur and professional photographers were invited to submit their interpretations of the themes of national unity and reconciliation in their day-to-day lives as citizens. Out of those submitted, 70 best entries were featured in the ‘Hope’ public photography exhibition and selected photos were published in the EU Delegation 2018 calendar and in a booklet produced by ONUR.

The insightful photographs displayed a variety of life moments, portraits, bringing awareness to the diversity of people and cultures in the Sri Lankan society.
These are some photos I took of this inspiring exhibit spreading a message of national unity and reconciliation: 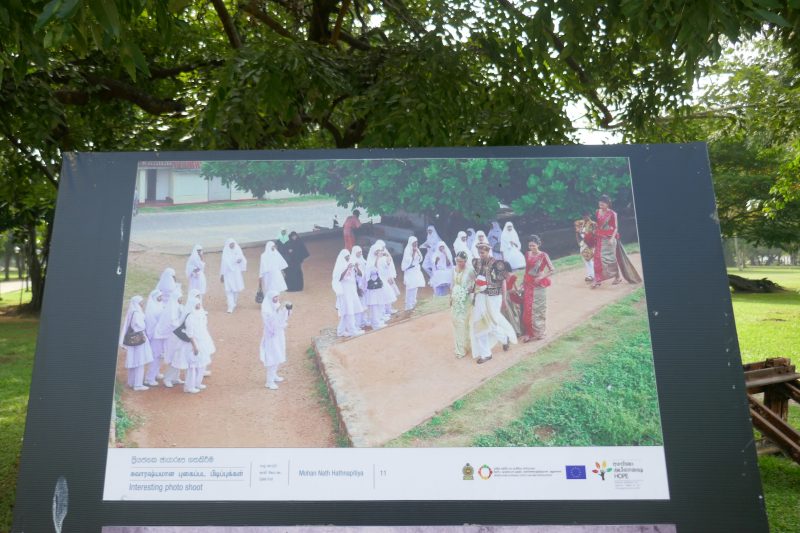 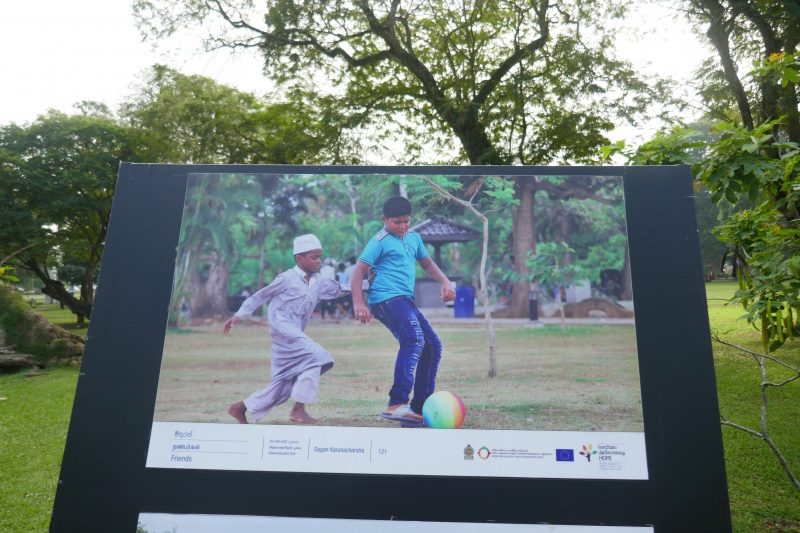 “Friends” photo from the exhibition. 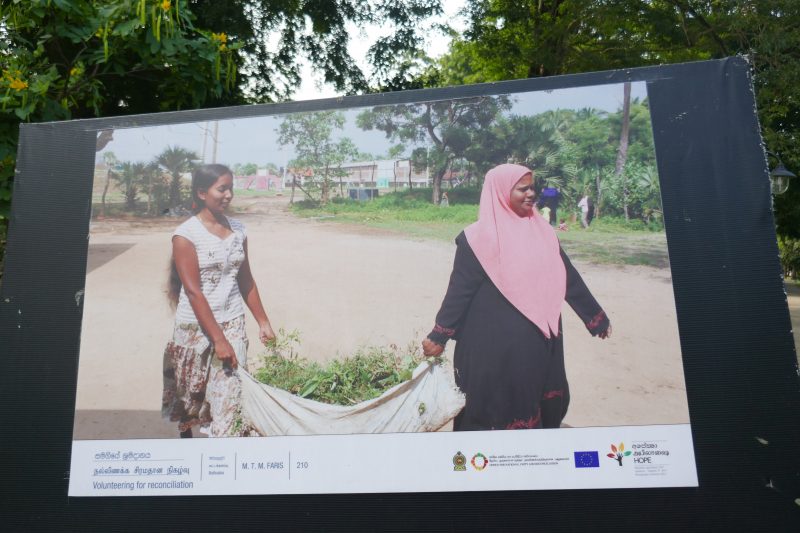 “Volunteering for reconciliation” photo from the exhibition. 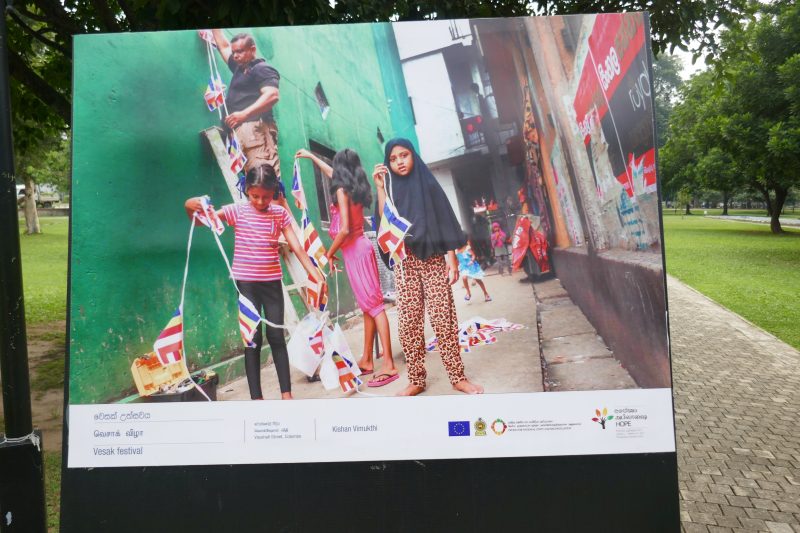 “Vesak festival” photo from the exhibition. 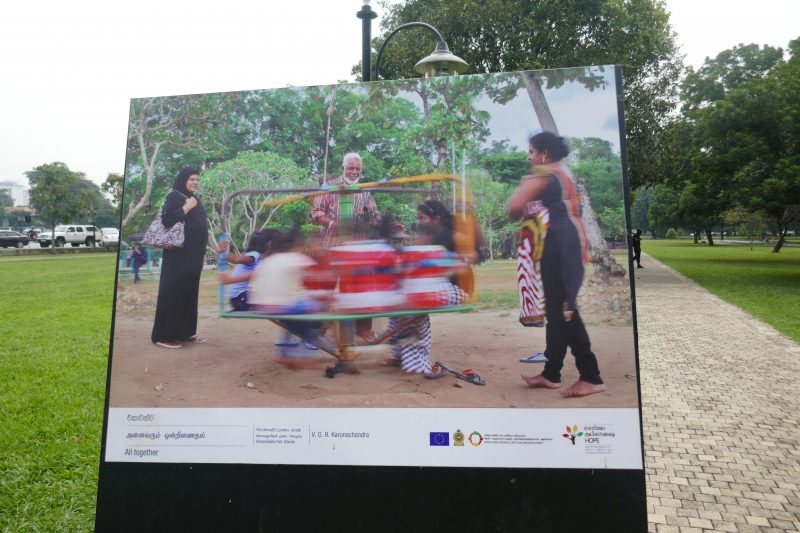 “All together” photo from the exhibition.

The location of the exhibit is also meaningful. The park is named after Queen Viharamahadevi, the mother of King Dutugamunu. It was built on land donated to the Colombo city by Charles Henry de Soysaduring, the British rule of Sri Lanka, and used to be named ‘Victoria Park’ after Queen Victoria. During World War II it was occupied by the British Army with Australian 17th Brigade based at Victoria Park. After the war, the park was restored and open to the public in 1951.

I noticed how, in fact, the park itself reflected this theme of reconciliation, with people having a relaxing time, playing, walking, taking photos: 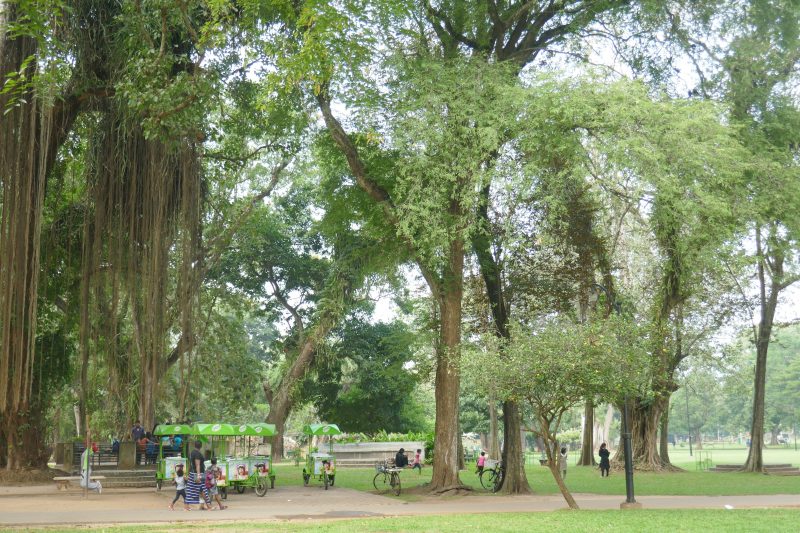 Enjoying a day in the park. Photo by the author. 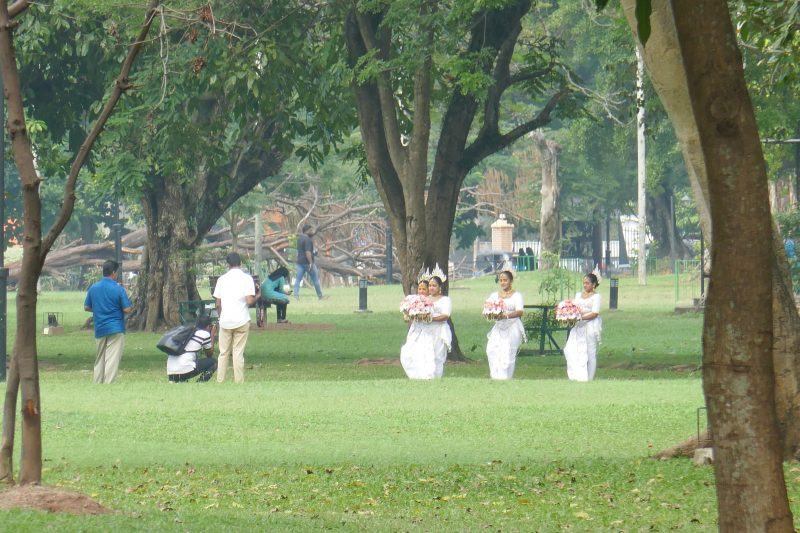 A photo shoot session in the park. Photo by the author.

I agree with Paul Godfrey, Counsellor at the EU Delegation, who said:

Through reconciliation, we believe there is the hope of more inclusive identities that value the diversity of people and cultures in the island.

This is a statement that rings true for other places in the world with conflict-ridden past.

Reconciliation could be seen like this suspension bridge from the park: even if the bridge seems shaky, it still connects places and people. It is up to the people to make this bridge a stable one. 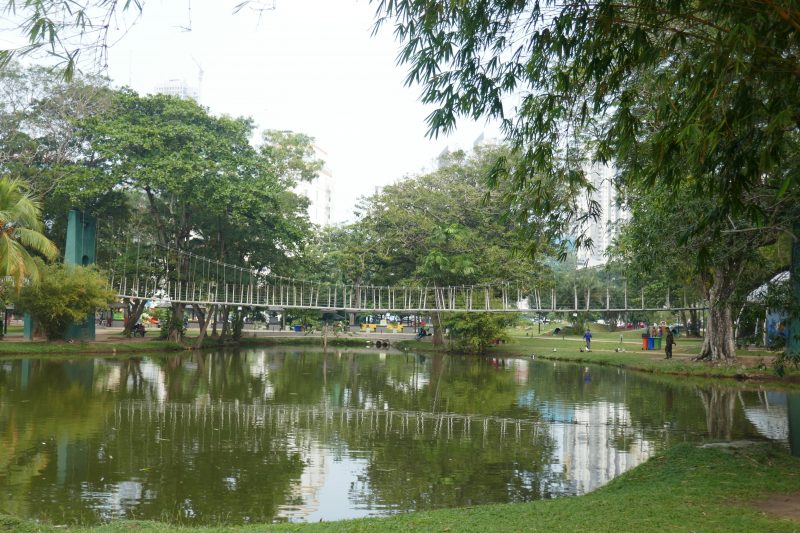 A suspension bridge in the park. Photo by the author.