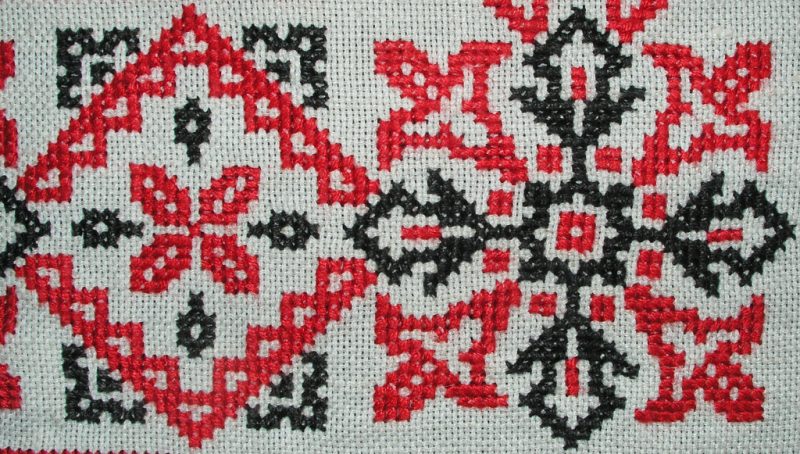 Embroidery from Hungary, in a pattern often found across Central and Eastern Europe. Photo by Paula Kate Marmor via Wikipedia, CC BY-SA 3.0.

In 2018, Global Voices newsroom editors, section leaders, and other core team members will be experimenting with a new approach to our work: periodically setting detailed goals and keeping track of our progress on the Community Blog. In the following post, Central and Eastern Europe regional editor Filip Stojanovski presents his plans for the first part of the year.

The Eastern and Central Europe (ECE or CEE) region is vast and diverse, but most countries share many similarities in historical heritage, cultural mores and political systems (developing democracies and hybrid regimes). Global Voices’ categorization lists the ECE as consisting of 22 countries.

The division is not strict, as some countries can be also considered as being part of more than one region. For instance, Moldova is an ex-USSR republic, having direct political, historical and cultural ties to Romania (Balkan) and to Russia and Ukraine (Eastern Europe). Slovenia is an ex-Yugoslav republic (Balkan) but also much more similar in its post-communist development to countries of Central Europe. Similarly, ties can be made with the Caucasus. Greece and Turkey are Balkan countries by any definition, even though within the GV system they are classified as Western European and Middle Eastern, respectively.

Despite these ties, there’s little communication between countries within the region, virtually no news exchange beyond closest neighbors and that only on bilateral political issues or major disasters and other big events (EU/NATO integration, refugee crisis, global economy/debt crisis). With exception of media content when the language is shared or very similar and popular music in select cases (for instance, mutual export/import on the Balkan folk music scene), there’s virtually no exchange of cultural information or other media interaction. Over time, the populations have become more isolated and insulated.

With this in mind, my goal for the year is to have at least one active author per country from the CEE region, or all 22 countries.

For the next three months specifically, I hope to recruit at least two new authors per month, ideally from countries that currently lack coverage on Global Voices. I also hope to engage these new contributors so that they contribute articles on a semi-regular basis.

As a result, this would provide more balanced coverage of countries and cultures and their rich tapestry of heritages and current issues — which they often have in common with each other, but are not perceived as such by both local, regional and global audiences.

Within the global media scene, Central and Eastern Europe is often marginalized and misrepresented. Improving visibility of issues from each of the countries will put it on the radar of wider range of stakeholders, and help advocacy efforts by local activists fighting for human rights such as free expression and free press, which generally suffer low levels of protection in the region.

I'll approach this effort in two phases. Phase 1 will include:

Phase 2 will include working with new author candidates, a process that varies in length depending on the level of enthusiasm and their technical and journalism skills. Once they have successfully seen their first story published on GV, I will incorporate them into the community, and solicit their help in recruiting additional new authors.