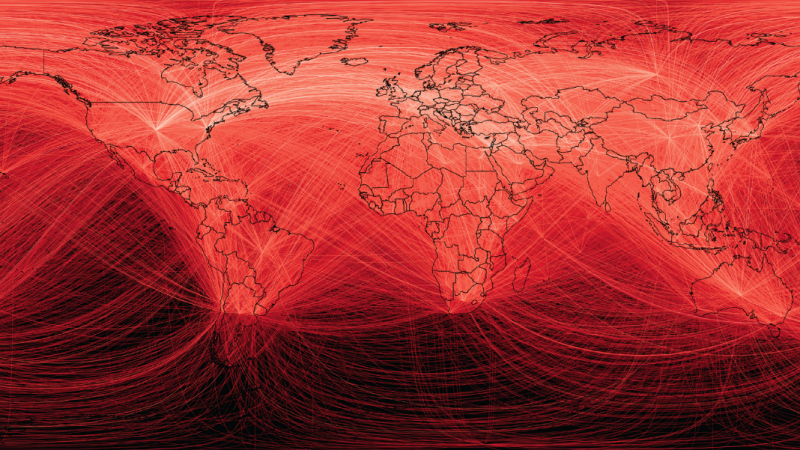 During 2018, Global Voices newsroom editors, section leaders and other core team members will be experimenting with a new approach to our work: periodically setting detailed goals and keeping track of our progress on the Community Blog. In the following post, Lusophone editor Taisa Sganzerla presents her plans for the first part of the year.

Did you know that The New York Times only publishes an average of 13 articles a week on Sub-Saharan Africa? That's half as much as what they do for the Middle East (26 a week) or Latin America (21)*, despite Sub-Saharan Africa having both a higher number of countries and overall population.

That distribution of coverage isn't set in stone, of course. In the 1980s, with civil wars raging in Colombia and Peru and democratization in Chile and Argentina, Latin America drew significantly more interest than the Middle East, while in Africa conflicts always attract a flock of Western reporters, if only in the beginning.

Sadly, once the dust settles and the bleeding stops, writers move on to the next big thing. The fate of Sierra Leone, Colombia, Chile — and in a not-so-distant future, Syria too — is the same: they become a “dead story”, to use an expression dear to foreign journos.

A lot of reasons beyond population size, number of countries and complexity of political landscape drive Western coverage of the developing world, and they don't necessarily match with Global Voices’ mission and values. Nonetheless, we at GV are not immune to that trend — our numbers are better than those of the The New York Times, but we also prioritize some regions in detriment to others.

These are the things that I had in mind when I came up with my goal for the next three months: I want to recruit more authors from countries underrepresented in Global Voices’ coverage. The scope of my editorship — which is more a shared cultural space than a region per se — is comprised of five countries in Sub-Saharan Africa: Mozambique, Angola, Cape-Verde, São Tomé and Príncipe and Cape Verde.

Our coverage of Mozambique and Angola is pretty solid, while the other three are severely neglected. While the situation in Angola makes it very hard to have stories written by local contributors, the press is rather free in the other three countries, especially compared to the rest of Sub-Saharan Africa, and we should take advantage of that with GV.

In addition, the Lusophonia includes another tiny country neglected by Western media and, to some extent, GV too: Timor-Leste. While we have had solid coverage of tiny Southeast Asian nation on and off over the years, we could do a lot better currently — especially at a moment when Timor-Leste's newborn democracy is remarkably succeeding at one of the most difficult tests of its life.

Timor-Leste is a classic case of a “dead story” in the eyes of Western media: it was only interesting while it struggled for independence from a brutal occupying power; its long path towards building its democratic institutions, not so much. Lusophone Africa, on the other hand, and just like most of Sub-Saharan Africa, perhaps never had a moment of spiked media interest in recent history.

Our global, empathy-driven audience deserves insight into those nations. I hope I can contribute a little to that, should I achieve this goal.

Specifically, I hope to recruit three new contributors over the next three months:

I'll go about this by mapping and engaging with the media and commentary space in each of the countries, analyzing past GV partnerships from these countries, and reaching out to selected individuals and media initiatives to schedule hangouts. I'll be sure to explain what Global Voices has to offer, such as training, mentorship and community.

*That's data from my RSS reader, so take those numbers with a grain of salt. For more detailed data on the unequal focuses of mainstream media, check Oxford's Internet Institute's Information Geographies blog. They have a bunch of cool maps related to the topic.