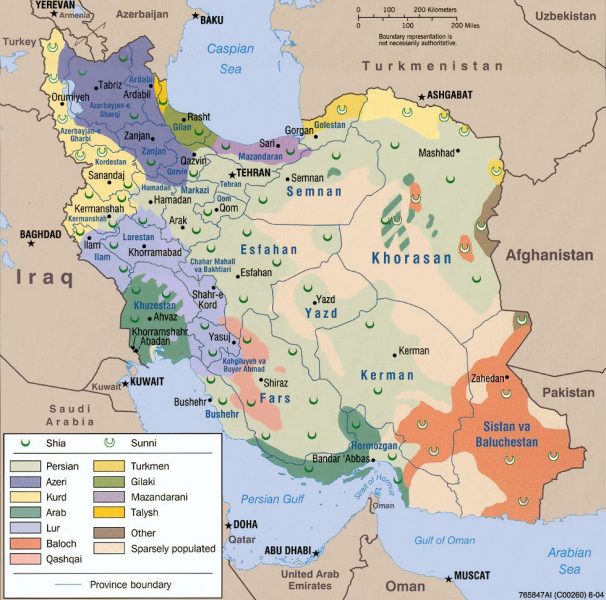 In 2018, Global Voices newsroom editors, section leaders, and other core team members will be experimenting with a new approach to our work: periodically setting detailed goals and keeping track of our progress on the Community Blog. In the following post, Iran editor Mahsa Alimardani presents her plans for the first part of the year.

1. What is your editorial goal for the next three months?

1. Recruit and expand GV Iran’s coverage of minority voices. Currently one of the consistent writers is Rahim, an exiled Ahwazi activist and blogger. It would be great to continue his work on repressions against Iran’s Ahwazi’s and try to highlight other voices, such as Kurdish, Bahai, and Azeris in the country.

3. Continue to maintain relationships and publish content from partners including CHRI and ARTICLE 19.

2. Why is this important, and why now?

There are many groups and media outlets providing mainstream coverage of politics in Iran, but there are few mainstream outlets highlighting the voices of minorities like Iran’s Ahwazis. Shedding more light on the voices, concerns, and struggles of Iran’s minorities, who face censorship, arrests, and threats to their quality of life in Iran, will be crucial in enriching GV’s mission and aiding these communities.

3. If achieved, what impact do you envision this goal will have?

This will establish Global Voices as a safe space for voices typically ignored in mainstream media. Hopefully, it will enliven the involvement of these groups in the GV Community as well.

4. How does this goal support GV’s mission?

It goes beyond the mainstream. While the protest movement of December 2017 to January 2018 unearthed more interest in Iran, very few delved into what was at the heart of it; the discontent, for instance, in outlying provinces and amongst various ethnic groups. If we can offer a window into these lives, it will feed into a better understanding of the macro-events and concerns in Iran.

5. Propose a timeline for your goal. Identify: a) the different tasks and stages involved and b) the interim and final outputs

By the end of next year, I endeavour to have at least one regular contributor from 2-3 Iranian minority groups. Once the authors have been recruited and on-boarded, I hope to create series or special coverage pages for the regions, or concerns these authors will cover.

6. Against what measures will you evaluate your progress?

The variety of content and regions these voices cover.