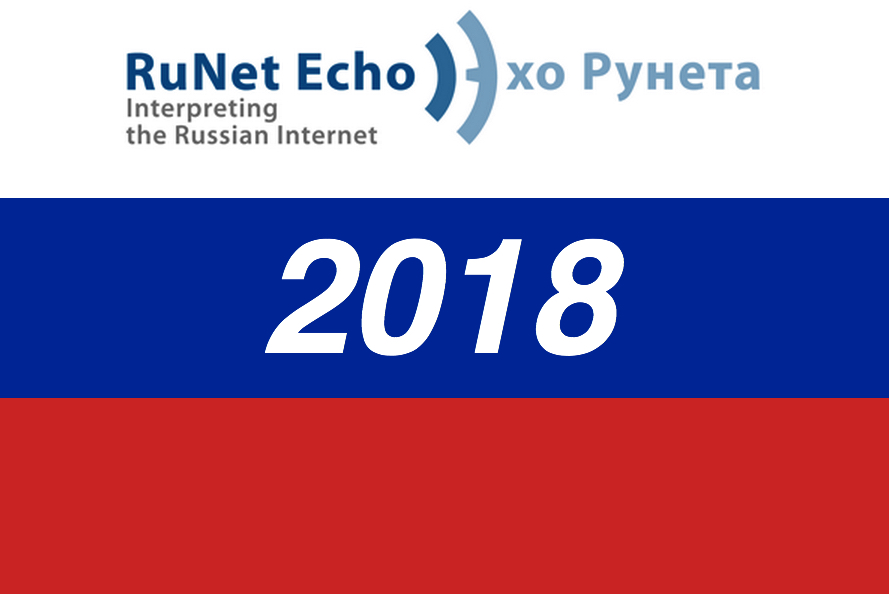 The year 2018 will be incredibly important for Russia coverage. The country is about to reelect Vladimir Putin for president, in an election fraught with voter apathy, and a nation without a clear vision for the future. A slew of new, restrictive media laws designed to stifle independent, critical reportage means that both domestic and foreign news outlets are forced into self-censorship. Foreign reporters, dependent on Russia's foreign ministry for their work visas, avoid risky subjects like corruption or human rights violations, especially in regions far from their Moscow bureaus. State censorship and propaganda permeates the domestic media landscape. And many subjects, not fitting into today media's clickbait economy, will remain underreported.

This is where RuNet Echo will come in handy. Our goal for 2018 is to revitalize the RuNet Echo community, attracting new authors, with a focus on less Moscow-centric coverage and less prominent, but nonetheless important topics like Russia's ethnic, religious and other minorities, and new protest movements that are brewing far from Moscow.

RuNet Echo's goal for the next three months is to significantly expand the pool of contributors and increase the output to at least 4-6 articles (including collaborations with other editors, Advox etc) of consistent quality every week, covering a variety of topics. Articles will range from longer features to shorter dispatches. We will be commissioning and accepting more articles in Russian which we will be translating into English. We will also be working to attract more followers to RuNet Echo's social media channels and post more diverse content.

If achieved, this goal will allow RuNet Echo to provide more consistent, regular, in-depth coverage of Russia and subjects that are too low on the list of global media's priorities.

An approximate timeline for RuNet Echo goals will look like this:

Phase  1: Put out a call for new contributors on RuNet Echo’s social media and other channels (2 weeks)

Phase 3: Through trial and error, boil the short list down to 5-7 most informed, talented and reliable authors (1 month).

Phase 4: Keep a steady pace of 4-6 articles on RuNet Echo (including collaborations) per week (1 month)