Global Voices has signed a content partnership with Kodao Productions, an alternative media company based in the Philippines.

Established in 2000, Kodao is recognized as one of the oldest existing alternative news groups in the country. The word ‘kodao’ refers to an indigenous calendar used in southern Philippines to mark social events in a tribal community.

Kodao, through its video and community radio programs, is known for its coverage of social issues that affect the grassroots such as land reform, labor relations, climate change, corruption, human rights violations, mining activities, and urban poor policies.

Last February 2018, its website was hacked which was quickly linked by media groups to the “government’s efforts to silence critical media.” The National Union of Journalists of the Philippines condemned the attack “coming as it did when other media organizations are also under relentless attacks from enemies of press freedom and other human rights.” 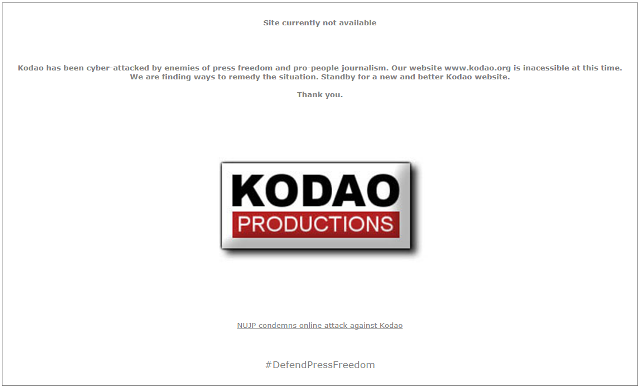 Despite the cyberattack, Kodao continues to publish and broadcast stories through social media.

Its website will be relaunched soon and it will feature Global Voices stories on its main page.

Raymund Villanueva, director of Kodao, shares his enthusiasm about the partnership between Global Voices and Kodao:

Kodao’s reportage is strong on human rights, basic sectors and grassroots communities, environment protection, and conflict resolution, among other social justice issues in the Philippines. It hopes to contribute these kinds of stories to Global Voices in order for the international community to better understand the hopes and aspirations as well as the struggles of the Filipino people for a genuinely free, democratic, and just society.

Below is an example of Kodao’s work which highlights marginalized voices in society. The video report is about the impact of a proposed lakeshore expressway in Muntinlupa and Laguna which are located in the south part of Manila, the country’s capital.