MeM, the Livingroom of languages, puts small languages in the spotlight 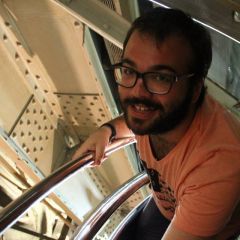 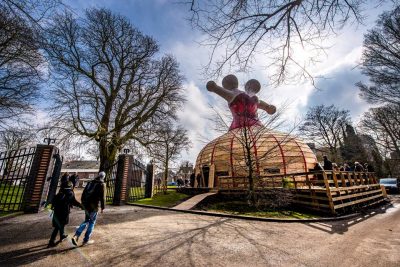 MeM, seen from the Prinsetún

As part of the European Capital of Culture 2018, many interesting events will take place in Ljouwert (Leeuwarden in Dutch) through the year. Concerts, storytelling, exhibits, theatre, hiking and cycling routes… but none as engaging for us as the MeM (Livingroom of languages). 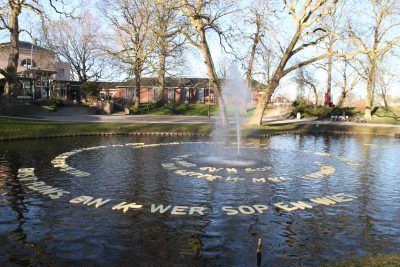 Visual poem, in Frisian, in the Taletún (Garden of languages)

Starting on 30th March and until 28th October, Afûk (The organization for the promotion of the Frisian language and culture) has invited language communities from around the world will take the center stage for a week at MeM (in the Prinsetún) and will share their language and culture. Music, poetry, storytelling and many other expressions can be found in MeM, where you will also have the possibility of enjoying food and drinks.

The first ten weeks are dedicated to languages of the Netherlands, and MeM started off with Bildts. And it couldn’t have started better. 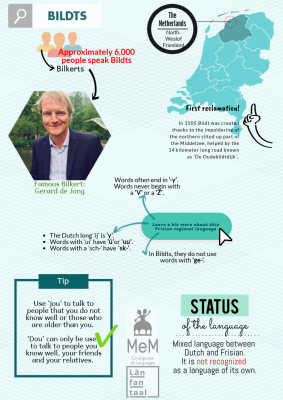 The Bildts week was full of varied events, from poetry reading to live music, including open redaction of the Bildtse Post, live painting, and even Bildts lessons! Actually, MeM was featured in De Bildtse Post, where visitors gave their opinion on the importance of these events for the preservation of small languages in newspapers full of contributions from visitors at MeM. 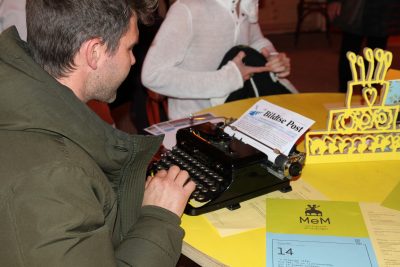 Some 3,000 people visited MeM and the Taletún the first week, and many shared with us their favorite words in languages such as Frisian, Flemish, Gronings, Bildts… but also Chinese, Catalan, Russian or Portuguese. These words will join the words collected from the nine European languages that will be featured in summer at MeM: Irish, Upper Sorbian, Basque, Manx, Maltese, Galician, Cornish, Asturian, and Friulian. 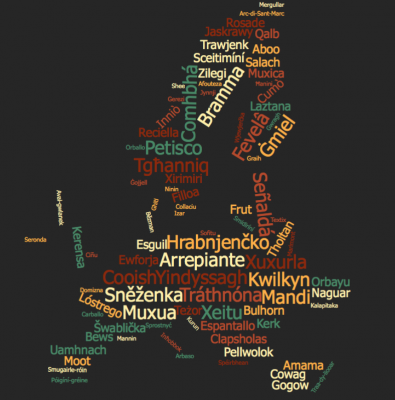 On Sunday we said goodbye to Bildts and welcomed a new language in MeM: Achterhooks. Just drop by and experience language in a thousand different ways! 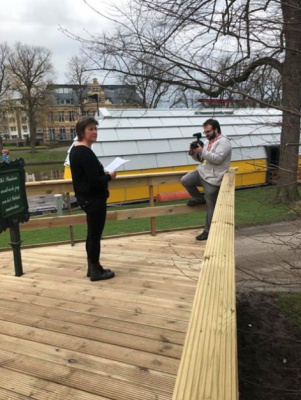 Since most of the languages invited to MeM are endangered and/or underdocumented (languages such as Bildts, Sorbian, Dutch Sign Language, Manx, Limburgish, Drèents or Cornish), Afûk and Wikitongues have started a partnership to try and record as many speakers of as many languages as possible. Stay tuned for all the new additions to WikiTongues’ already extensive video catalogue!