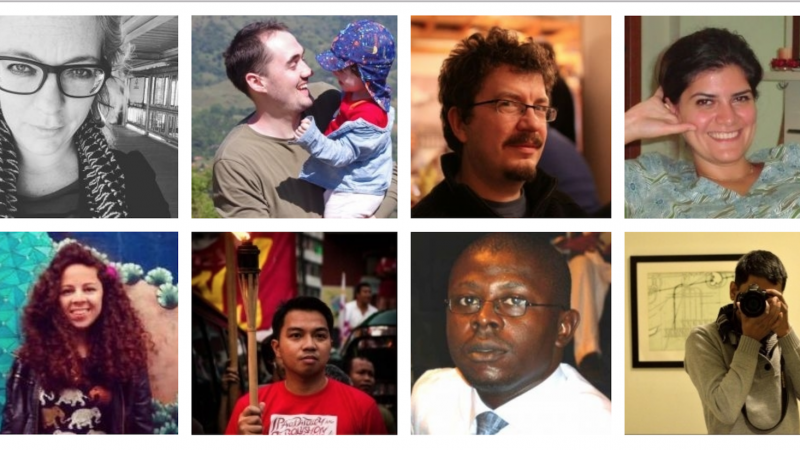 As a part of the Community Consultation process, eight of GV’s most active community members and editors will be working together to serve as “Council Connectors.”

The core team members know that joining the Council will be a big undertaking for many GVers, and that the many documents and processes that we’ll be using might be difficult to navigate. So we’ve asked this group of community leaders to help us spread the word and provide guidance to all those who are participating.

The Council Connectors are:

Amanda Lichtenstein
Amanda is from Chicago, US and lives part-time in Zanzibar, Tanzania. She joined GV in 2015 and currently serves as a sub-editor and interim regional editor for Sub-Saharan Africa. Amanda speaks English and Swahili.

Chris Rickleton
Chris is from the UK and currently lives in Kazakhstan. He joined GV in 2010 and became our Central Asia editor in 2014. Chris speaks English and Russian.

Filip Stojanovski
Filip is from and lives in Skopje, Macedonia. He joined GV in 2008 and became our Central and Eastern Europe editor in 2015. Filip speaks English, Macedonian and Serbian.

Lara AlMalakeh
Lara is from Damascus, Syria and currently lives in Amsterdam, Netherlands. She joined GV in 2014 and serves as our Arabic language editor as well as an Arabic-English-Arabic translator. Lara speaks Arabic, English and basic Dutch.

Marianna Breytman
Marianna was born in Kiev, Ukraine, but grew up and lives in New York. She joined GV in 2011 and now serves as our Project Manager for Translation Services. Marianna speaks English, Spanish and Russian.

Mong Palatino
Mong is from and lives in Quezon City, Philippines. He joined GV in 2006 and has been our Southeast Asia editor for more than ten years! He is also a member of the sub-editing team. Mong speaks English and Filipino.

Nwachukwu “Nwach” Egbunike
Nwach is from and lives in Ibadan, Nigeria. He joined GV in 2011 and became our Community Manager for Sub-Saharan Africa in 2017. Nwach speaks English and Igbo.

Rezwan
Rezwan is from Bangladesh and lives in Kuala Lumpur, Malaysia. He joined GV in 2005 and has been our South Asia editor and the Editor for Bangla Lingua for almost ten years! Rezwan speaks Bangla (Bengali), German, English, and basic Hindi, Urdu, and Malay.

The Connectors will help facilitate discussion on the email list, video calls, and other communication channels — and they will help the core team see where there are challenges or questions related to the process.

This week, we had our first meeting where everyone shared ideas on how to ensure we have maximum participation and engagement during the two-month Consultation. One especially strong idea that we’ll carry forward (from Lara and Amanda) is to form small, informal groups of volunteers who can discuss the issues together before participating in the larger video discussion calls, which may have as many as 60 attendees. We’ll be forming these groups after the Council application deadline on August 30.

We are really excited to have the Connectors onboard for the Council process. Don’t be surprised if you receive an email, chat message, or a nudge encouraging you to join the Council. And if you have questions about the Council (we know there are many!), you can contact any of the connectors and ask for their guidance. 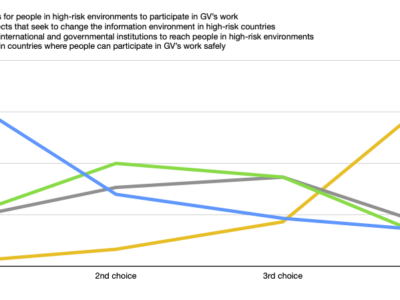 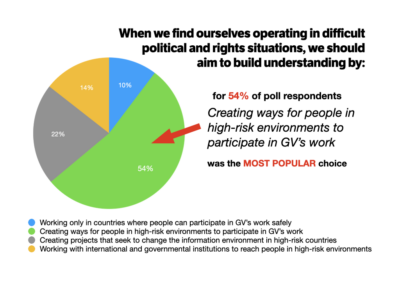 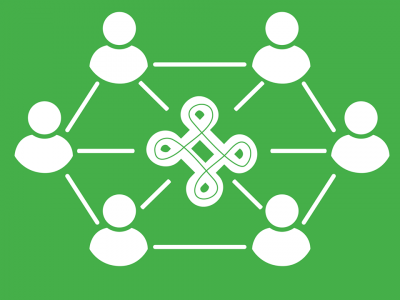