Introducing myself as the new Managing Editor 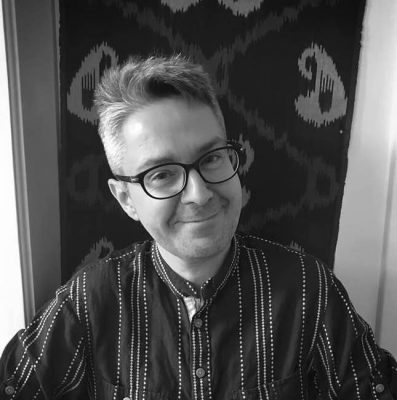 As I now enter my third week as Managing Editor at GV, I would like to take some time to introduce myself, map out the first ideas I plan to pursue with all of you, and offer my time for your questions, suggestions and advice.

My name is Filip Noubel, and I am currently based in Prague in the Czech Republic. Describing where I come from is much more complicated, as I grew up in a mixed Czech-French family in Ireland, Soviet Uzbekistan and Greece, and went on to study Slavonic and East Asia languages in Tokyo, Prague, Paris and Beijing.

It is through translation that I entered the world of media as an online editor for Russian, and later Chinese news targeting English-speaking audiences. After a short break in Nepal during which I studied Buddhism and thangka painting, I established myself in Bishkek in Kyrgyzstan and worked there for several local and international media and research organizations (The Times of Central Asia, UN OCHA, Internews and the International Crisis Group) across Central Asia.

In 2002, I relocated to Nepal to research human rights abuses, later went on to the Caucasus for similar work, all with the International Crisis Group. In 2005, I returned to Bishkek as Central Asia Editor for IWPR, a British NGO training local journalists and producing news in multiple languages. Then, from 2006 to 2016, I was mostly based in Beijing as country director for Internews China, dedicating my time to training lawyers on freedom of expression, and journalists on environmental and cross-border issues. While in Beijing, I did a couple of stories for GV, and went on translating posts into French. Finally, in 2016, I moved to Prague and joined the Prague Civil Society Centre as Innovations Advisor, designing and leading training events across Eurasia for activists, designers and journalists.

My other passion is literature and literary translation. I have worked as guest editor for several literary magazines and festivals in China, Mongolia, the Czech Republic and Turkey. I work closely with two global publications: the French-language Jentayu magazine, and the English-language Asymptote Journal. With my partner and our four cats, I have run a literary café in Beijing, and we are currently running a literary teahouse in Prague where we welcome writers, translators and filmmakers, and teach Runasimi and Georgian for free.

As anyone who speaks several languages knows, language skills vary widely in daily use. My languages fall into three categories: I work, translate from/into and use Mandarin Chinese, Czech, English, French and Russian daily on a professional basis; I can read slowly and carry on a conversation in German, Greek, Japanese, Spanish (which I am turning into a working language), and Turkish; and I am learning/improving my Georgian, Polish, Runasimi and Uzbek. I have forgotten most of my Mongolian and Nepali, but GV is giving me a good excuse to revisit them.

My Plans for GV

In my position as Managing Editor, I would like to emphasize six main aspects:

Obviously, my journey at GV has only just begun, and I still have a tremendous amount to learn about GV, and from all of you, as well as from GV’s past experiences, so consider the plans outlined above a work in progress that will be modified and adapted as we go along.

I’m always happy to chat, and my philosophy is that there are no stupid questions or ideas—I myself ask a lot of them ;-) So if you’d like to connect with me, my email is filip.noubel@globalvoices.org. You can also find me on Facebook as Filip Noubel, on Twitter as @nasredinhoja, and on Slack.

Thank you for reading this long message!