Strč prst skrz krk. No, this is not a typo caused by a cat walking over the keyboard—it's an actual Czech sentence that means ‘stick a finger through the throat’. Perhaps not the most useful sentence, but this tongue-twister is often cited as an example of the near ‘impossibility’ of learning this archaic Slavonic language spoken by 10 million people in Central Europe. 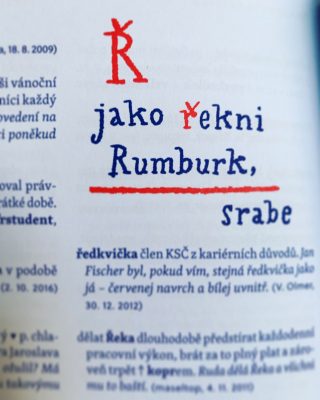 The sound ř, only encountered in Czech, adds another layer to the difficulty of mastering the language

Yet a growing number of foreigners ignore the warnings and bravely take on the Kafkaesque grammar structure and practice twisting their tongues to articulate the impossible-to-pronounce “ř” sound. Some do it for the love of Czech literature, but most do it to gain access to the Czech job market. The Czech Republic currently enjoys one of the lowest unemployment rates in Europe.

As a result, the Czech government has created several initiatives over the last few years to teach Czech as a foreign language. It is in this context that two institutions have come together to launch an annual translation competition for foreign students of Czech. Since 2015, the Institute for Language and Preparatory Studies (ÚJOP), part of Prague’s Charles University (one of the oldest universities in continental Europe), and the Directorate General for Translation of the European Commission (DGT) have been organizing an international conference which includes a translation competition. For their 2019 edition, they have elected to use Global Voices as the source of their texts for translation.

As Jan Faber, field officer at the DGT in Prague, and himself a translator of English and Polish explains:

“The competition poses a very specific challenge for the organizers. We have participants from China, France, Slovenia, Poland, Russia and Italy this year, and we need to identify a text of similar length, style and difficulty. For this year’s edition, we decided to select an article published in Global Voices in most of the languages mentioned above. Global Voices is just perfect, as it provides articles on interesting and fresh topics that come in several language versions, translated by native speakers, and using contemporary language and an accessible style”.

GV wishes all participants the best of luck and looks forward to interviewing the happy winners in April.