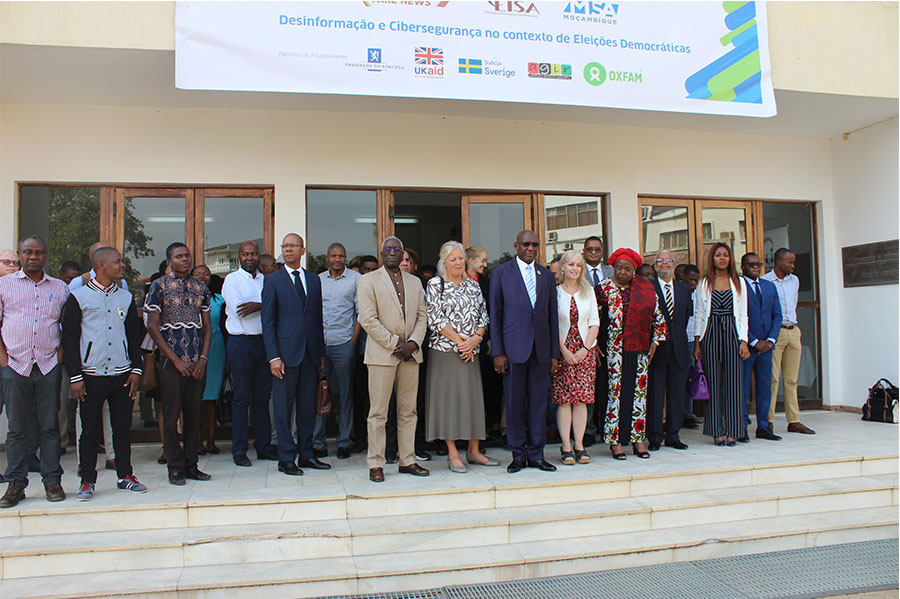 Dércio Tsandzana, Global Voices’ regional editor for Lusophone and the author of this story, was a panelist at the conference Social Networks, Fake News, Misinformation, and Cybersecurity in the Context of Democratic Elections, organized by the Electoral Institute for Sustainable Democracy in Mozambique (EISA).

On 5 August, a conference [2] was held in Maputo entitled “Social Networks, Fake News, Misinformation and Cybersecurity in the Context of Democratic Elections,” organized by the Electoral Institute for Sustainable Democracy in Mozambique (EISA).

In order to discuss the practice of disseminating news considered false or misleading during election periods, EISA sought to bring together several national and international actors working on the theme.

Experts in human rights, communication, press freedom, and cybersecurity from South Africa were present, as well as local researchers in Mozambique working on media communications. 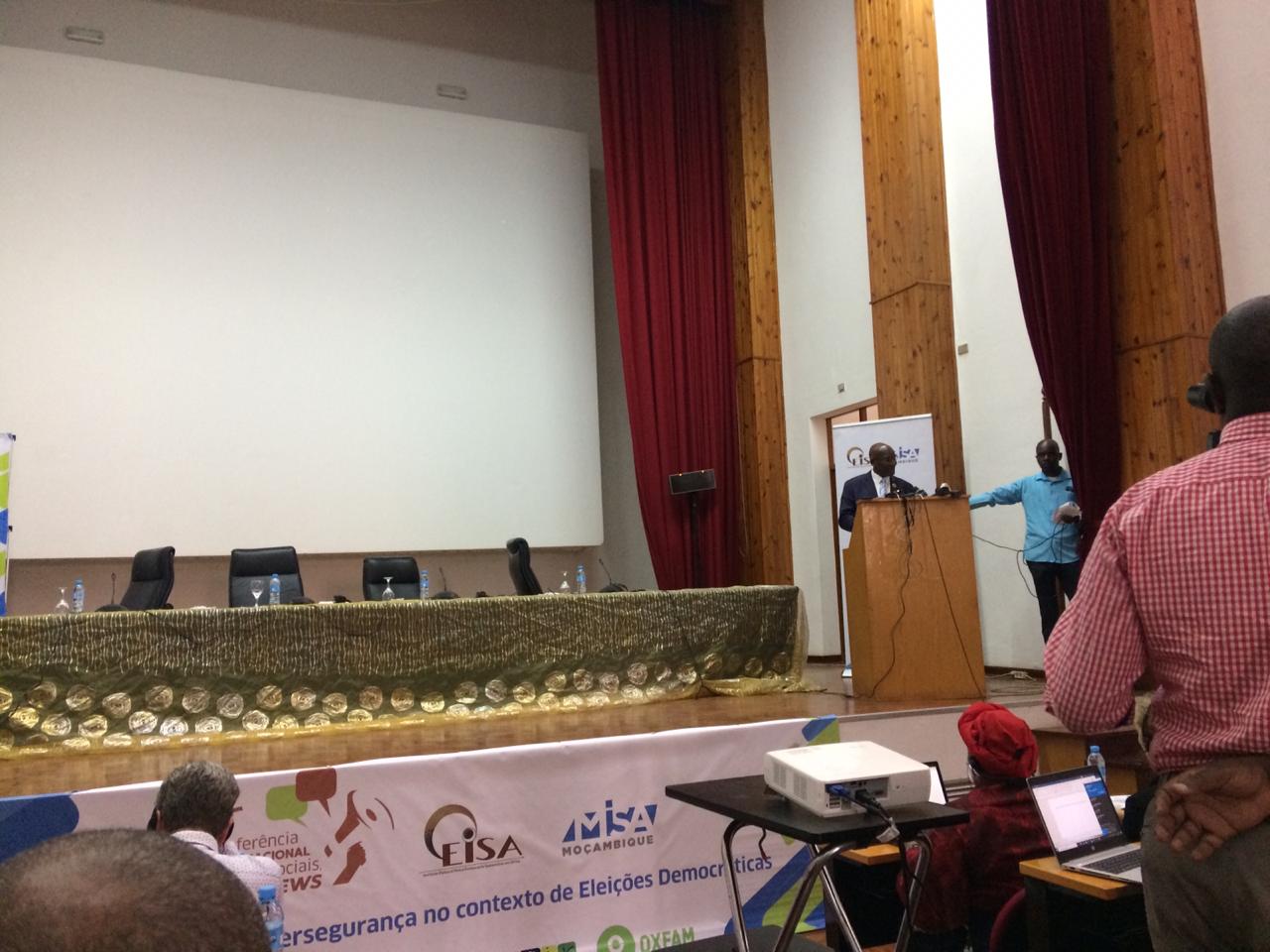 Ericino de Salema, Director-President of EISA Mozambique, said that the spread of fake news provides an environment which can encourage violence, as well as smearing people.

For the Head of the Department of Elections and Political Processes in Africa, Olufunto Akinduro, fake news can create fake candidates as well as distort the political positions taken by real candidates.

During the event it became clear that the issue of fake news and misinformation during elections is not new, but it is little discussed in Mozambique, mainly because the term's definition has little consensus in the country's context. It is also important to remember that only 18 percent of the country's population has Internet access.

For example, only two events related to the theme took place recently, one in May 2018 and the other in July 2019. The first was organized by the Episcopal Commission for Justice and Peace (“Fake news and journalism for peace”), and the second by Lusa Mozambique (“Fake news – a democratic question”).

In addition, one can also highlight the publication on 2 May of a news story entitled “Fake News: Renamo distorts problems of voter registration [4],” by the electoral report of the Centre for Public Integrity (CIP), a civil society organization working on transparency and corruption issues in the country.

CIP's report examined Renamo's press conference, held on 24 April, in which the opposition party released its own voter registration count. In Mozambique, voter registration is handled by the National Electoral Council (CNE), but all political parties, as well as civil society organizations, can produce their own count. CIP has highlighted several inconsistencies in the information Renamo has provided.

For the October elections, greater attention is being paid to monitoring the type of news being shared publicly, although there isn't a platform specifically dedicated to this. In the 2014 elections, the civil society organization Txeka [5] used a virtual system to observe the electoral process.