The Natural Balance of Mindfulness and Mind-Wandering 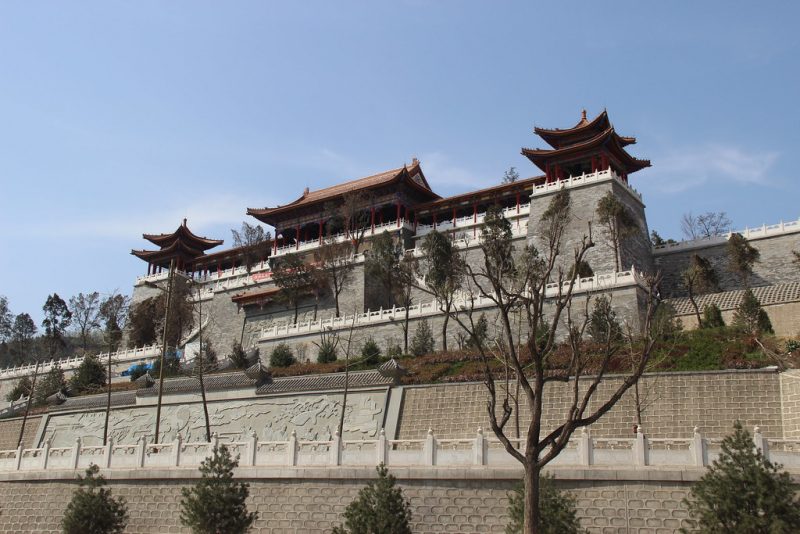 With unprecedented snowfall in the subtropical state of Queensland, hail storms in Mexico City and record high temperatures in Paris (45.9C) and Churu Rajasthan (50.8C), it is increasingly difficult to close our eyes to the consequences of global heating. When we see self-serving politicians and big business leaders shaking hands while displaying no inclination toward implementing the desperately needed changes that IPCC is demanding, it is difficult not to succumb to pessimism.

At certain periods in history, humanity has been more aware of its vulnerability such as Europe in the fourteenth century when the Black Death decimated nearly half of the population in urban centers. The difference between these plagues and mass extinctions and our present environmental crisis is that humanity itself is responsible or at least those who are promoting a hyper-consumptive life-style.

To cope with a crisis of such magnitude, it is natural to seek solace in one’s religious faith or succor in the scientific literature on the subject. However, no matter how intelligent or wealthy we are, it is almost impossible not to be swayed by our cultural assumptions. No single spiritual practice or philosophy can adequately cope with the detrimental effects of global heating, but sometimes stepping outside our comfortable traditions can open doors and shed new light. Modern spirituality in its myriad forms has been inspired by the world’s greatest philosophers such as the Buddha, Mahavira, and Laozi who lived during the Axial age when the introduction of iron weapons and social inequality engendered hitherto unprecedented levels of suffering.

Although there are great differences in meditation practices, mindfulness, in particular, has attracted the business community because it can significantly increase practitioners’ focus. Repeated clinical trials have shown that regular practice of mindfulness can reduce depression, anxiety, and chronic pain. Sitting quietly while breathing in and out is a simple practice that anybody can perform on a daily basis regardless of cultural background. It is truly comforting to have the assurance that we can experience tranquility and happiness if we let go of extraneous thoughts and attachments while being in the moment. 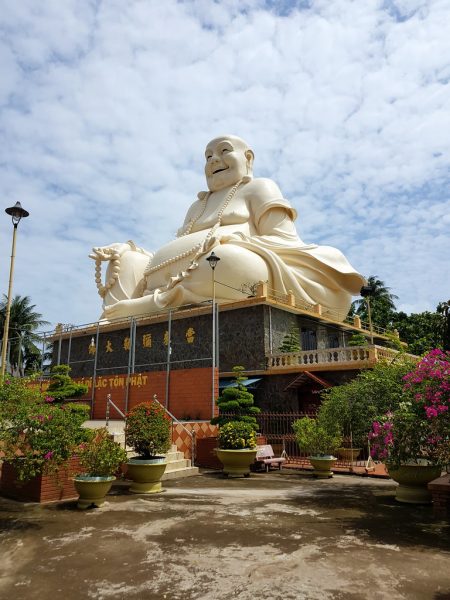 Nevertheless, even these noblest of sentiments can be decontextualized and manipulated by authority figures. For example, the US and British military have begun increasingly relying on mindfulness to train troops to stay calm during combat maneuvers. The Burmese Buddhist community may not have anticipated that insight meditation which gave birth to mindfulness would be distorted by the very powers from which they were trying to liberate themselves. Clearly these military powers corrupt mindfulness by ignoring the ethical dimension of Buddhist meditation which is indispensably linked to traditions of non-violence.

This is not the first time that Buddhist sects have been led astray by nationalistic agendas, unfortunately. A notorious example is the shortsightedness of Rinzai Zen monks who adhered to Japanese imperial propaganda condoning violent acts against non-Japanese civilians during World War II. While many Zen monks did not support the war atrocities, the writings of Buddhist thinkers such as DT Suzuki show that they subscribed to the chauvinistic jingoism that brought about so much indiscriminate violence. The chanting of a mantra can relax the mind, but if one becomes attached to the teachings of an authoritative Zen master or a Hindu guru, for example, loyalty can turn into docility that can ultimately be manipulated. Unless one has a resilient personality and sharp critical skills, it is easy to be swayed by the words of one’s master as are Buddhist monks who live in communities that are cut off from daily problems of ordinary working people.

Before the Cultural Revolution, it was not uncommon in China to pay homage to statues of Confucius, Laozi, and Buddha within the same temple compounds. The syncretic nature of Chinese philosophy has provided people with resilience and a unique brand of relativism. Daoist philosophers have argued for centuries about the significance of the aphorism “knowing contentment ultimately brings happiness.“ The question for the top five percent who control most of the wealth and resources is “when is enough enough?” 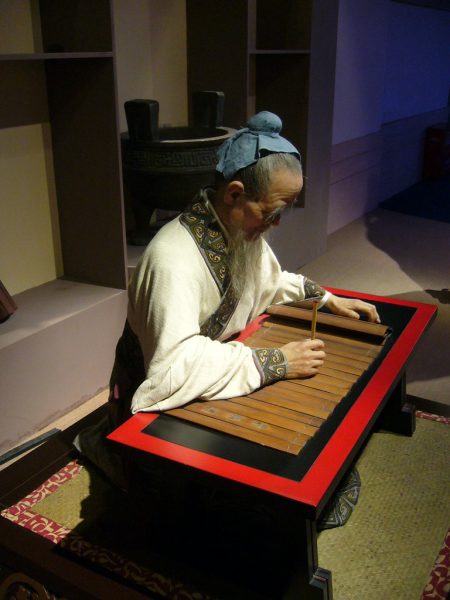 “Lao Tzu” by kafka4prez is licensed under CC BY-SA 2.0

Although Daoism has always opposed materialism and is tenaciously anti-establishmentarian, its veneration of nature and insistence on unhurried living historically made it unique among the Hundred Schools of Chinese Thought. Some of its anecdotes are cryptic, but the Book of Zhuangzi is noteworthy for containing imaginative parables that illustrate the radical equality that exists in nature. The first two Chinese characters that form the title of the opening chapter on Free and Easy Wandering literally mean “easy and unconstrained” (xiao 逍) and “long distance” (yao 遥). In other words, the playful wanderings of the mind constitute a critically important feature of human nature that is often suppressed and underemphasized.

The advantage of comparative religion and philosophy is that they can both relativize our convictions and offer alternative perspectives and solutions to the most pressing existential problems. As a counteractive philosophy, Daoism has always emphasized the need to be free of rigid concepts and strenuous practices that go against the natural order. In a playful tone, Confucian propriety is turned on its head in the Book of Zhuangzi as nature is placed above social norms that try to restrain our boundless spirit. Interestingly, over the centuries many Confucian literati became increasingly captivated by this “free and easy philosophy of mental wandering.” Since the Song dynasty, Chinese landscape paintings have served as mental constructs which enabled artists to envision an ideal harmony. The eleventh-century court painter Guo Xi of the Northern Song dynasty explains, “A virtuous man takes delight in landscapes so that in a rustic retreat he may nourish his nature amid the carefree play of streams and rocks. . . Haze, mist, and the haunting spirits of the mountains are what human nature seeks.” After the Mongol conquest, some Chinese literati painters even refused to serve their new rulers and depicted landscapes that alluded to stylistic statements of political protest.

Meditation and intense periods of concentration can offer insight and wisdom, perhaps the mind also needs time to wander in selfless ease. Jonathan Schooler who runs a laboratory investigating mindfulness at the University of California at Santa Barbara takes a similar perspective “The challenge is finding the balance between mindfulness and mind wandering.” It is not too late for the wealthiest business leaders to realize that the destructive system of hyper-consumerism can still be altered. Perhaps, what these individuals need is a walk in the woods. Not a weekend trip by private jet to an exclusive country club.

The Book of Zhuangzi suggests through numerous parables that when one is in nature the wandering mind has limitless creative potential. Florence Williams, the author of The Nature’s Fix, points to scientific studies that suggest that taking walks while listening to running water or birdsongs in the forest for as little as 15 minutes can reduce cortisol levels and more than 45 minutes can improve cognitive performance for most individuals. Some of us are rejuvenated by pink and purple sunsets. Others are drawn by shady brooks or a mossy ravine. Tranquility and healing can occur if each of us can discover a quiet spot where one can express gratitude toward everything that nourishes us: from the trees and sweetgrass to the ubiquitous microbes within our bodies that defend us from disease.