The Forum on Internet Freedom in Africa (FIFAfrica) convened in Addis Ababa, Ethiopia, on September 23-26, 2019, as a historic event convening over 300 journalists, media workers, researchers, human rights defenders, ministers and other government officials from across Africa, to exchange ideas and push the conversation on digital rights forward. Several members of Global Voices’ sub-Saharan Africa team attended and presented on digital rights, internet shutdowns, freedom of expression and digital security, among other topics.

The event, organized by the Collaboration on International ICT Policy for East and Southern Africa (CIPESA), represented a huge step forward for digital rights in Ethiopia, where, just five years ago, press freedom and digital rights were at an all-time low. The former administration jailed journalists and bloggers including the Zone9 bloggers, for dissenting views deemed a threat to state security.

Since 2018, Ethiopia's new prime minister Abiy Ahmed has ushered in a series of unprecedented reforms that have renewed dialogues on digital rights in Ethiopia. CIPESA writes:

On the internet freedom front, the new administration has restored mobile and broadband internet services that had been disrupted since 2016, and unblocked 246 websites, blogs, and news sites that had been inaccessible for over a decade. These pivotal developments serve as an avenue to advance more progressive efforts on internet governance and promotion of human rights online, not only in the country that hosts the African Union (AU) but on the continent at large.

However, the situation is far from ideal. Several Ethiopian journalists, bloggers and political aspirants attended the forum to share formal and informal insights into Ethiopia's current digital rights climate. Abel Wabella, a former Zone9 blogger who founded and edits a new media platform called Addis Zeybe, told Global Voices that fear still lingers despite the reforms. Wabella said Zone9 bloggers have disbanded and each blogger has gone on to pursue various paths in academia, media and politics. 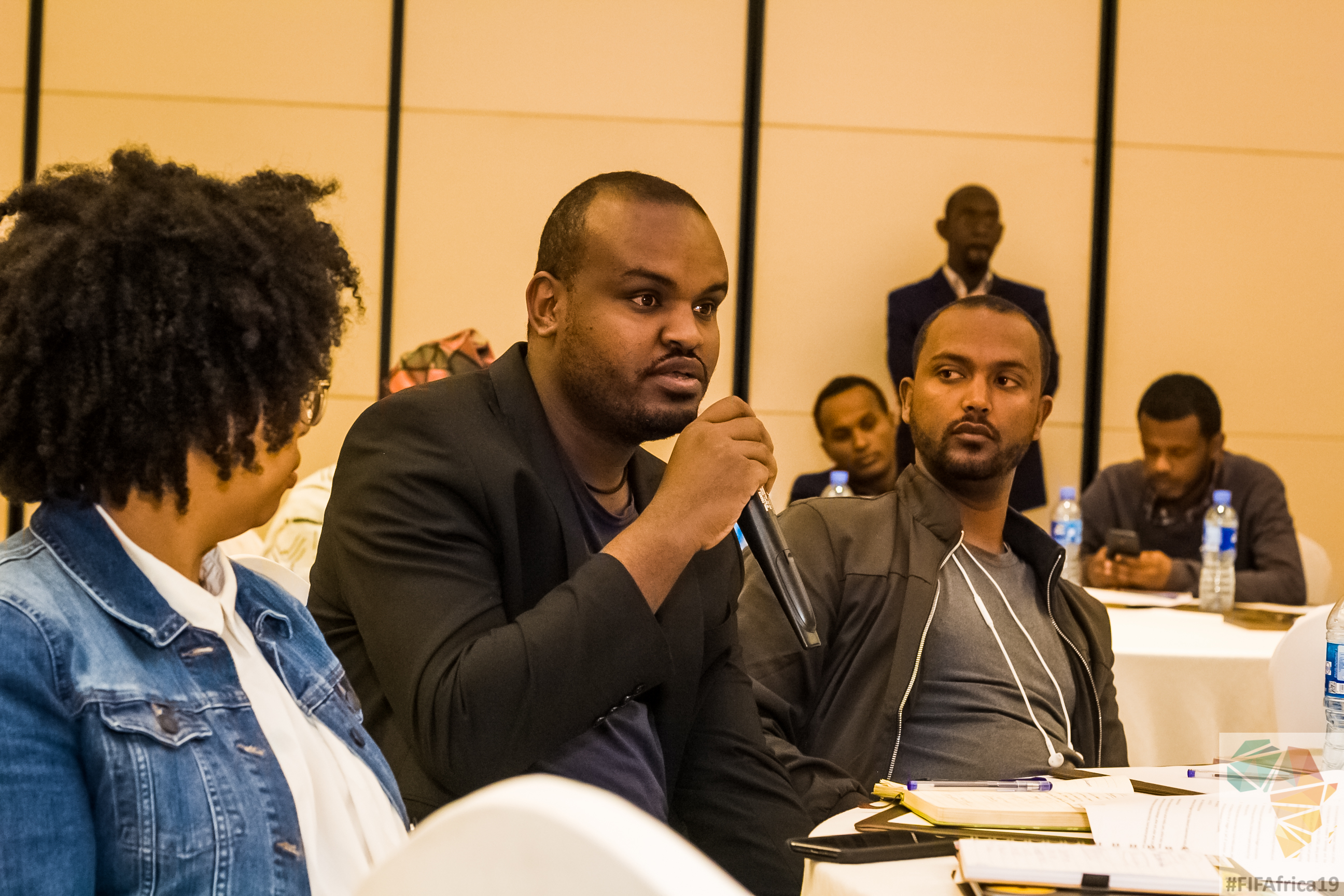 Abel Wabella (center) from Ethiopia, a former Zone9 blogger who now runs his own media project as managing editor, speaks at a session on Ethiopian bloggers at FIFAfrica 2019 in Addis Ababa, Ethiopia. Photo used with permission by FIFAfrica.

Improving human rights online, one nation at a time

FIFAfrica 2019 began with two days of pre-conference sessions that focused on issues such as digital security, digital rights research, inclusivity, disinformation and hate speech and language localization, among others. These sessions gave participants the chance to connect with colleagues and learn more in-depth about a particular topic.

The Universal Periodic Review (UPR) is a unique process which involves a review of the human rights records of all UN member states. The UPR is a state-driven process, under the auspices of the Human Rights Council, which provides the opportunity for each state to declare what actions they have taken to improve the human rights situations in their countries and to fulfil their human rights obligations.

This two-day workshop led by Small Media staffers, James Marchant, Bronwen Robertson and consultant Glenn Payot, brought human rights defenders, digital rights advocates, journalists, and lawyers together to learn more about the UPR process and offered concrete strategies to engage civil societies to advocate for digital rights. Attendants drilled down on particular laws or policies that negatively impact digital rights in their home countries and designed specific talking points targeted at diplomats and policymakers. Alieu Sowe, from The Gambia, offered an example of how UPR advocacy work at the grassroots level helped shift policies that impact digital rights, through Give1ProjectGambia.

Demba Kandeh (left), from The Gambia, Gnagna Kone (center), from Senegal, and Thobekile Matimbe (right), from Zimbabwe, discuss UPR processes in their home countries during the UPRoar/Small Media workshop. Photo used with permission by FIFAfrica.

The public forum kicked off on September 26, 2019, with official remarks from Ethiopia's Minister of Innovation and Technology, Dr. Getahun Mekuria, who welcomed attendants and insisted that while digital rights spaces have opened up in Ethiopia, he still sees a strong need to temper internet freedom with mechanisms in place to control hate speech and mis- and disinformation online. The minister asked for reflection on three main questions:

The packed two-day public forum included panels, workshops and small group discussions designed to push the conversation forward and learn about Africa-specific challenges in terms of internet freedom, access to online information and governments’ use and misuse of technology to control dissent and promote political agendas. Nearly half of all African countries have engaged in internet shutdowns or throttling online services.

Global Voices’ Lusophone Africa editor, Dércio Tsandzana, attended a session on elections, democracy and security in Africa, organized by European Union Institute for Security Studies. Panelists from Ghana, Nigeria, and Mali, agreed that it’s important to promote privacy and freedom on the internet to avoid what happened during the United States’ 2016 elections when Facebook experienced foreign meddling and interference to influence voters. George Owuor, from Facebook, said:

We are trying to foritfy our rules as social media platform. We do not want the same situation which happened in US. In Africa, we are working to change it, but many Africans do not send reports to denounce fake accounts.

Advox lead editor, Afef Abrougui, spoke on a panel called, “Does Africa Need New Norms to Protect Association and Assembly Rights in the Digital Age?” Professor and activist, Demba Kandeh, from The Gambia, gave a “lightning talk” on the internet and mass mobilization. And Global Voices contributor, Rosebell Kagumire, moderated a panel on women in digital spaces that challenged the notion of “politeness” on and offline. The panel pushed on definitions of African feminisms, highlighting, among other themes, the critical yet dangerous role that women played on- and offline in Sudan’s revolution.

The moderator of the panel: “End of politiness: African Feminist Movements and Digital Voice” — our own Ugandan contributor of @gvssafrica – @RosebellK Rosebell Kagumire declares the panel open. #FIFAfrica19 #InternetFreedom pic.twitter.com/LuT0KsVbtW 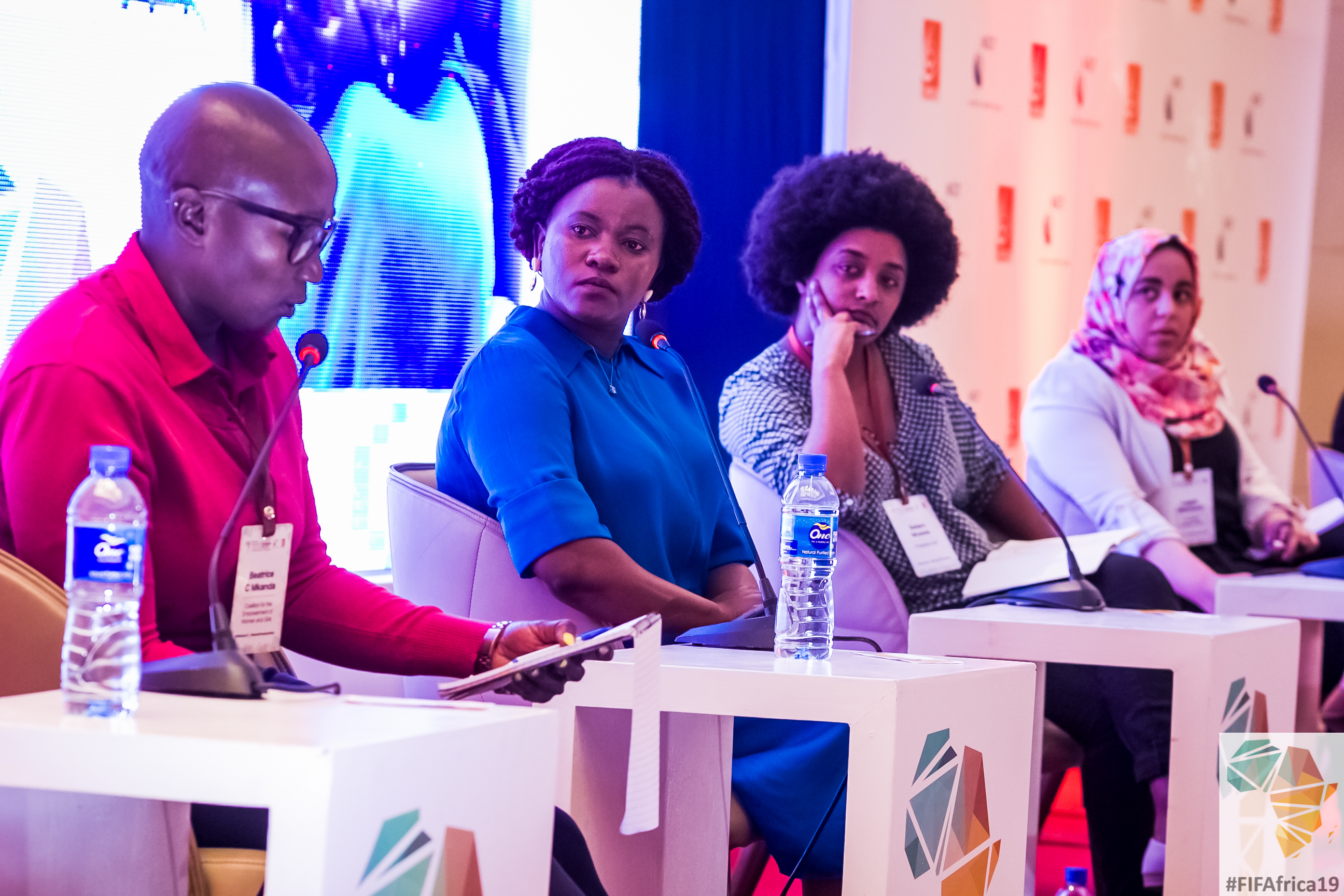 Global Voices is proud to partner with CIPESA as inaugural grantees for the African Digital Rights Fund. GV reporters from seven African nations will report on “Writing Toward Freedom: Africa in the Age of Internet Shutdowns” in 2019. 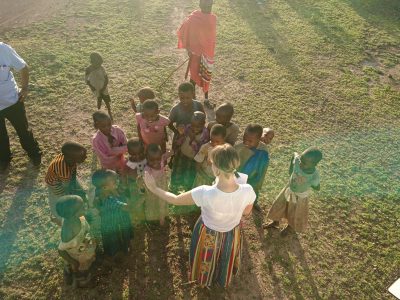