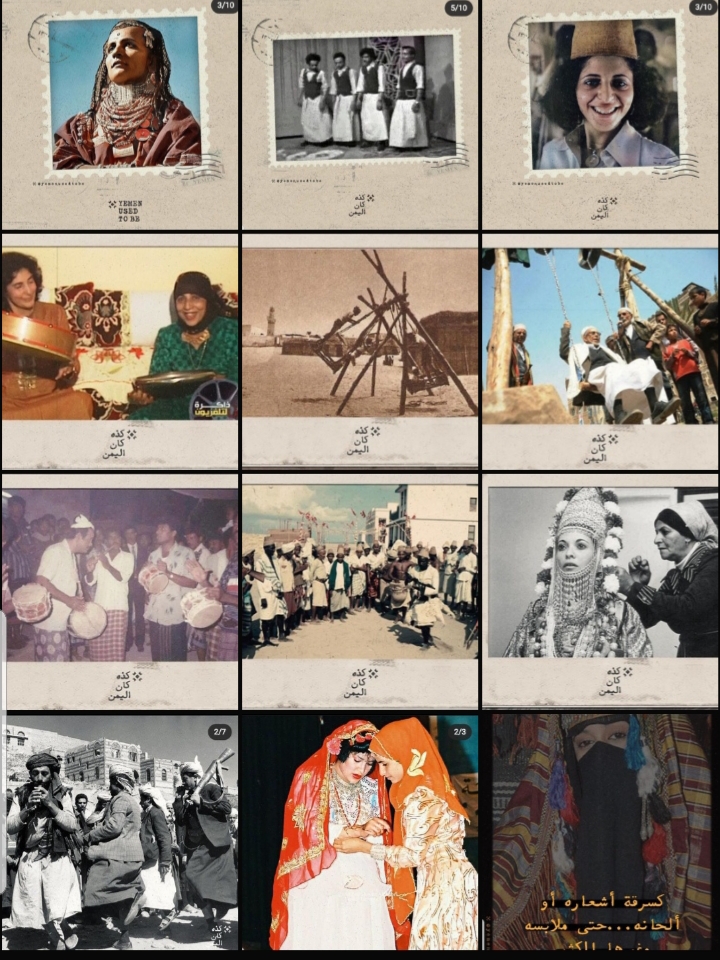 Photos from the past documented by “Yemen used to be” platform

Yemen is known as a country of war and ongoing conflict, but there is another aspect of Yemen that many do not know about this phrase “Yemen used to be and not much changed” begins the journey of living in beautiful details were in Yemen in the past varied between culture, arts, customs, and diverse popular traditions…

“Yemen used to be” is an online art platform on social media, Facebook, Twitter, YouTube, and Instagram, and aims to correct the stereotype about Yemen, founded by young Yemeni Ahmed Al-Hagri, a filmmaker who studies electronic media in Malaysia.

“Yemen has a wrong stereotype because of the circumstances of the war, as most search engines are negative for Yemen. It's the same in social councils, but we think there is a lot of beauty that we can share with others.”says Al-Hagri.

The idea began with a short film by Ahmed Al-Hagri at his university in Malaysia, which in turn was the spark for launching the platform:

“It was in a short film that I produced and exhibited at a cultural festival held at my university, I was surprised at the reactions of people, some of whom cried and some of them were affected, then it was the beginning of doing something bigger than a short film, the ideas were many, but in the end was the idea of establishing a platform specialized in archiving history and ancient Yemeni heritage.”

Al-Hagri began to form a team through a post on his Instagram account, a group of young people interacted with the topic from several countries such as Malaysia, Yemen, The Netherlands, UAE, Qatar, and Egypt to form a team of 15, and the tasks are divided into several sections as a team of sources, writing team, translation team, editing team, design, and drawing to launch the platform in January 2019, and aims to reach the widest possible audience by adopting Arabic and English in addition, spreading the culture of art, knowledge of the old popular heritage, and what lived in Yemen in the period Prosperity…

Yemen lived in the early 1990s, 1980s, and before, a prosperous period in several areas, particularly in culture, arts, and heritage, but from the end of the 1990s until now this prosperity has completely ended, so the recollection and nostalgia remain of what Yemen has experienced in the past.

“People in war time need any message or any glimmer of hope to hold on to it, Yemen's past has had many stories that inspire us as Yemenis and non-Yemenis because our history and heritage are very rich. People in the present period need something to speak with them and touch them in a way or another.”says Al-Hagri.

“The aim is not to stay in the past, but to be able to build the present to rise to the future.” concluds Al-Hagri. 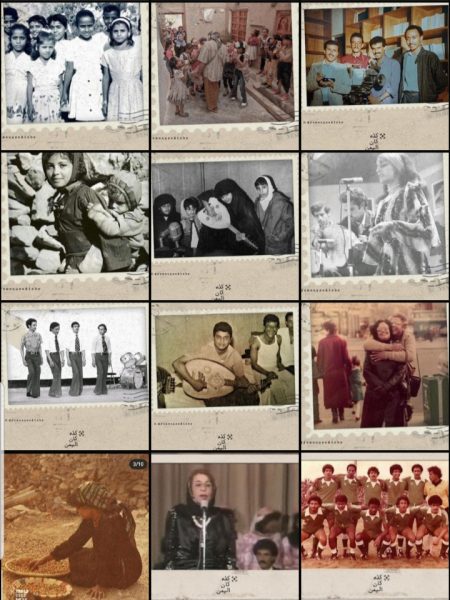 Photos from the past documented by “Yemen used to be” platform

The team has difficulties in searching and collecting information, as the content on the platform from the 1970s and 1980s, finding visual content is not easy, and it takes a long time to find and verify the information.

In terms of the production of stories, the team faced difficulties, such as “One Sofrah” an animation film that speaks about the Ramadan atmosphere in Yemen (A special month on the Islamic calendar), where the work in production took nearly three months in searching for sources and making a story, drawing, animation, sound, and visual effects. In addition, when holding an exhibition in the Yemeni capital Sana'a at the field, the number of applicants attendance exceeded 400 people where the platform has a large popular base in Yemen, especially in Sana'a, but because of the security situation that Yemen is going through, it was only 80 people.

Yemen is not just a war country.

The “Yemen used to be” platform aims to introduce Yemen's history in English and Arabic to reach Arabs and foreigners as well as publish and introduce Yemen that it is not only a country of war. However, there are arts, culture, traditions, and artists who have emerged in many unknown areas.

In addition, it is a message of foresight in the past, to take the benefit of that golden time to complete the artistic, literary, and cultural approach that was then.

This platform is the first of its kind in the archiving of cultural and artistic history in Yemen, where Yemen has witnessed a cultural decline and neglect in all fields, especially in light of the war since March 2015, and the presence of such platforms reflects a positive image in the current circumstances in Yemen, as well as love, beauty, and hope.