"[GV] gives me an opportunity share stories about Pakistan and get my creative juices flowing!" 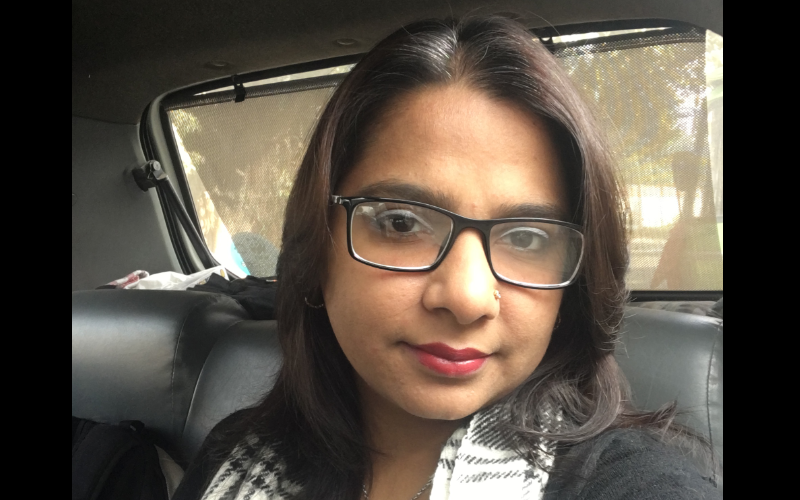 Photo provided by R Umaima Ahmed and used with permission.

Hailing from Lahore, Pakistan, R Umaima Ahmed has been contributing to GV for the past two and a half years with more than 40 posts under her by-line. The diversity of topics she writes about range from protecting freedom of expression online to animal rights to women's rights online. In this email interview, R Umaima tells us more about how she got started with GV and she also proudly shares the numerous cultural and culinary attractions that her city has to offer.

I was employed full time at The News on Sunday till November, which took up my time. After office hours, I was contributing to a few online platforms. And until recently was the Regional Gate Keeper for Digital Rights Foundation Pakistan, and a panelist and trainer in their workshops. I have an interest in human, transgender, minority, and animal rights issues.

While I may appear to be staid and reserved, people who know me, find me easy to communicate with and feel comfortable sharing their problems with me.

The city is a major hub of education in Pakistan, and has some of Pakistan's leading universities in the city. Pakistan's film industry, Lollywood is based in Lahore. It is also the home to a number of Sufi mystic shrines and is a center of Qawwali music.

Lahoris are fond of food, and the city has areas which offer ethnic cuisine both seasonal and year round, from street food Dhabas (Kiosks) to five-star ambiance!

A friend who is a GV contributor introduced me to Rezwan and from that point I have had the privilege to be a contributor.

I contribute as it gives me an opportunity share stories about Pakistan and get my creative juices flowing! It also connects me with other contributors and builds relationships to increase my knowledge and repertoire of cultural and social data!

By making me aware of the different cultural milieu of other places in the world.