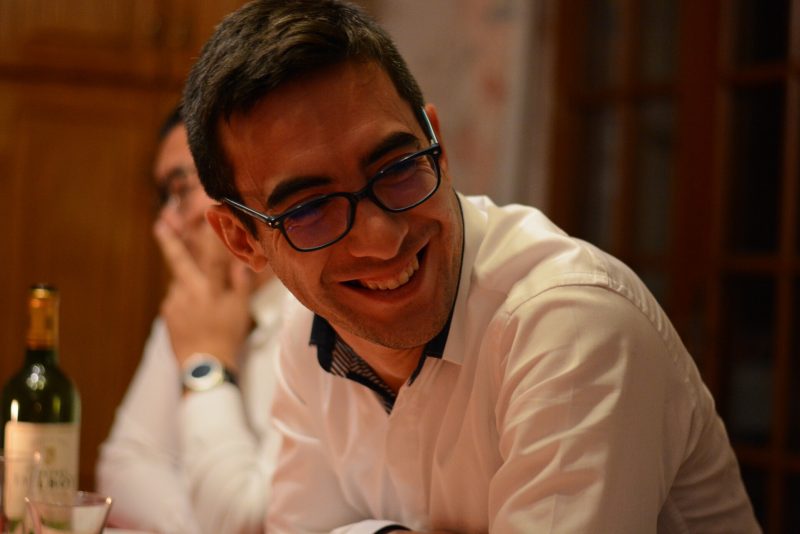 Photo provided by Rémy Vuong and used with permission.

Rémy Vuong has been translating for Global Voices French for a little more than a year. He currently calls the town of Wissous in France home, which is located near the Paris-Orly airport on the outskirts of Paris. Translating for GV has opened up new possibilities to share stories about the dangers of technology in relation to human rights. However, his contributions have also introduced him to many positive stories that show what's possible with tech throughout the world.

Rémy Vuong (RV): I am 42 years-old, living near Paris, France, and father of two. I work in computer programming which has been a passion for me since I was 8 or 9. I also love learning and training new skills, from martial arts to beekeeping.

RV: A few years ago, I left my main job and switched to teaching children, which lasted 2 years. It was difficult and exhausting because I started from nothing at all, but it was one of the most interesting and exciting experience of my life. When kids give you feedback, the magic happens!

RV: I guess nobody needs Paris to be described, for the good, as well as for the bad. But the city I live in is quite different. It is close to Paris but very peaceful, surrounded by fields and woods. You can even find a large plant nursery, where all the trees and flowers of Paris come from!

RV: I believe new technologies, my field of activity, are like Janus: they are both the best and the worst to humans. I wanted my activity to be led by ethics, kindness and generosity. But in order to do that, I needed to strengthen my way of thinking about it. So I started reading about it, a lot, and naturally discovered GV.

Then, one year ago, I replied to a call for translators. I have no experience in translating, but I liked two things about it: first, I could improve my language skills (in English, and even in my native French).

Second, this was a great way to start the path I wanted to walk: report technology-related abuses, and advocate for fair and kind technology. Advox is a key project, in my opinion. All in all, I got involved in human rights protection with my weapons of choice.

RV: Global Voices gathers local witnesses of the world together, and gives them a place to speak without the filter of big institutional media.

To me it is a great way to give a true, direct message to the readers. I believe in GV as a very impactful way to educate the youth and give them some keys to build their world.

RV: Global Voices has become my own platform to talk publicly about what matters to me. Without GV, I probably wouldn't have a public place to communicate. Most of the time, translations allow me to spread a message that I like, but I also submitted an article some time ago and this experience was incredibly constructive for myself.  Thanks to the many GV members who helped me in this process.

RV: Before contributing to GV, I was mostly noticing dangerous sides of technologies: surveillance, for example. It made me think that I was contributing to something bad and unhealthy.

I've been contributing to GV for 1 year and I have read so many positive, insightful articles, that I guess my views are much better balanced now.

GV gave me this positive way of watching the world that I was missing before. I want to spread this message and give visibility to all the people who fight for good.