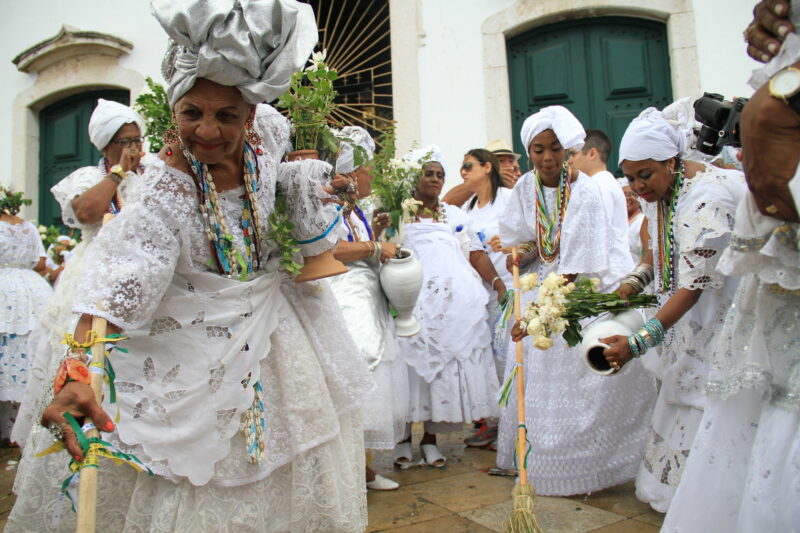 Women wash the stairs of the Igreja do Bomfim (Church of Bomfim) in Salvador da Bahia during the 2017 Lavagem do Bonfim festival, which takes place annually on the second Thursday after Epiphany. The festival, which blends traditions from the religions of Catholicism and Candomblé, begins with a massive procession from Salvador's Lower City to Bomfim's Sacred Hill. Photo by Tatiana Azeviche from Turismo Bahia's Flickr account (CC BY-SA 2.0)

Thank you, GVers, for all your contributions in January 2022! As a result of the recent revamp of our internal stats reports (thanks, Jer!), our review of this month's highlights includes some additional info.

Welcome to the following new contributors who published their first GV story or translation in January 2022!

Media and conference appearances, and other achievements by GVers:

Number of translations and original stories published on Lingua sites in January 2022: 331

Top 10 posts by pageviews in January 2022 (includes only recent posts):

Top 15 countries from which people visited GV sites in January 2022: