A discussion around language used to discuss violent acts 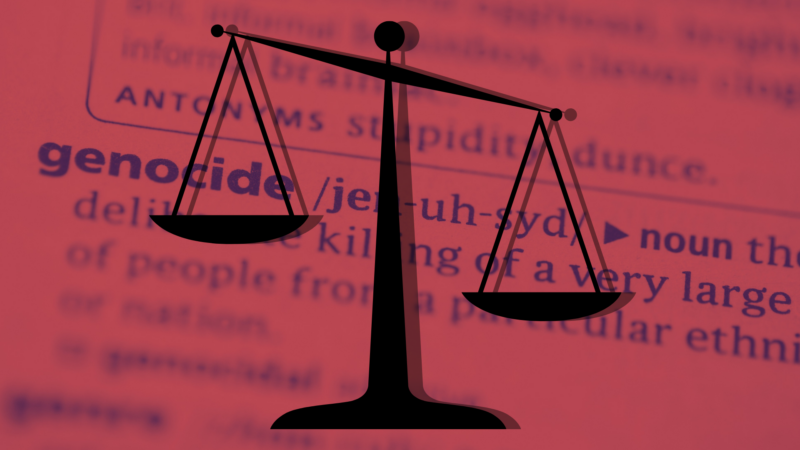 As we cover various parts of the world, we often encounter violent events which provoke diverging narratives and perspectives and have distinct kinds of resonances in different communities. Global Voices recognizes there is ambiguity and disagreement regarding how acts of violence are defined and understood. This is especially true for large-scale atrocities. Language is political and has the power to shape narratives and agendas. To that end, Global Voices maintains and periodically updates our guidelines, to help us navigate contentious terms and definitions about violent events.

Large-scale violence often takes time and expertise to understand and define. Generally, Global Voices defers to the research and expertise of the organizations leading these investigations, such as the International Criminal Court and other legitimate international investigative bodies that work to determine whether an atrocity, war crime, or genocide has taken place. However, we also recognize that these assessments and the processes used to reach them can be colored by political and legal considerations. We recognize that context is key when covering large-scale violence, and to this end, we strive to offer as complete a picture of such events as possible. This includes weighing expert investigations, reports from advocacy groups, and local first-hand accounts and narratives, and pairing them with broader contexts and research to present as full an account as we can.

Debates about language and definitions can be contentious. The nature of the contemporary international investigative processes that establish these definitions takes research and time, which means they are often slow and lag behind the realities on the ground. This can be frustrating for some people, particularly those who have experienced the violence or conflict firsthand.

We undertake to be deliberate in our choice of language and labels while covering large-scale violence. We also commit to reporting before, during, and after violence erupts, to examine and understand the triggers and the efforts at conflict resolution.

We would also like to invite our community members to help us unpack and define these often abstract boundaries as we work to achieve mutual understanding and common guidelines for Global Voices. We hope to create a body of work that can act as a reference whenever we report on atrocities and contentious acts of violence. If you would like to add your perspective to this discussion, please comment on this article, add a post to the Global Voices Community site, or share your thoughts through the Global Voices Community Google Group.

To launch our discussion, here are some commonly used legal and linguistic references to guide our exploration:

In the present Convention, genocide means any of the following acts committed with intent to destroy, in whole or in part, a national, ethnical, racial or religious group, as such:

The Oxford English Dictionary definition is: “The deliberate killing of a large number of people from a particular nation or ethnic group with the aim of destroying that nation or group,” and the Merriam-Webster definition is: “the deliberate and systematic destruction of a racial, political, or cultural group.”

While the Merriam-Webster dictionary moves past the UN definition to include political groups, what is common across all three definitions is the intent to destroy a community as a key factor in defining a genocide. But there still remains the hurdle of recognition. There have been several events that could indeed fit the definition of “deliberately targeting a group with the intent to erase them” that are not officially recognized as genocides by the UN.

Instead, the UN and other international bodies use alternative language and classifications for these crimes. The UN defines a crime against humanity as one that is “committed as part of a widespread or systematic attack directed against any civilian population.” While this would include genocides, it also includes crimes that are not targeted at a particular community or identity, and do not seek to destroy that group.

Likewise, a war crime is defined by the UN as a grave breach of the Geneva Convention of August 12, 1949, and other serious violations of the laws and customs applicable in armed conflicts. They are always committed in the context of armed conflict. War crimes are committed as part of genocide, but all genocides do not necessarily involve armed conflict.

The UN has no definition for ethnic cleansing, but the Oxford English Dictionary defines it as “the mass expulsion or killing of members of one ethnic or religious group in an area by those of another.” Merriam Webster defines it as “the expulsion, imprisonment, or killing of an ethnic minority by a dominant majority in order to achieve ethnic homogeneity.” Even though this is very similar to how genocide is defined, because there is no internationally recognized legal framework for ethnic cleansing, we do not use the terms interchangeably.

While we generally follow the international Criminal Court’s rulings on whether an atrocity, war crime, or genocide has taken place, we reserve our right to make our own determinations and judgments based on the evidence and witness accounts, to adhere to our values and mission. At GV, we want to acknowledge the limits of the UN definition by recognizing the many groups who are persecuted and whose identities and/or existence is sought to be erased for whatever reason, whether identity, location, politics, or something else.