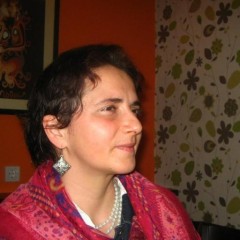 Dijana Djurickovic is a freelance translator, who studied English Language and French Language at the University of Novi Sad, Serbia, but also possesses the Cambridge ESOL Level 2 Certificate in ESOL International (Council of Europe Level C1); was working with the United Nations mission to Croatia (1996-1998) as translator, secretary, and administrative assistant. After the mission was completed, I was working with the Norwegian Refugee Council in Novi Sad (1998-2004) as translator and administrative assistant. Since 2008, I have been working with an Internet magazine, Global Voices (https://globalvoices.org/), as translator and editor. Over the last few years, I have translated the stories and poetry of Serbian writers into English as well as foreign writers into Serbian.

Back in 2008, I was approached by Siniša Boljanović, the man who later started Global Voices Serbian, with the request to assist him in improving his English. Of course, I accepted that because I had some experience in that work and this one was even more challenging because, as you...