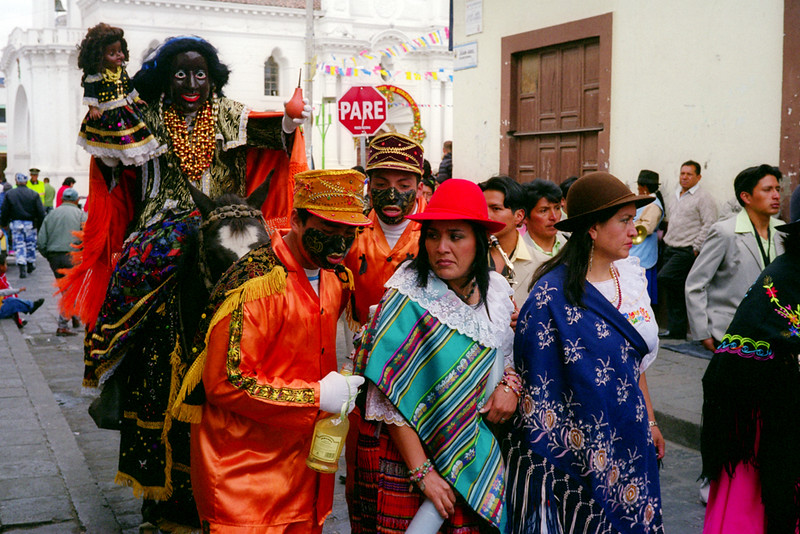 Scenes from the 2009 edition of the Festival of La Mama Negra, which takes place twice a year in the town of Latacunga in Ecuador—once at the end of September and again in November. The festival incorporates Aymaran, Incan, Mayan, African and Spanish traditions in a tribute to La Virgen de la Merced (the Virgin of Mercy) who, according to legenda, protected the town from an eruption of Cotopaxi, the tallest active volanco on the planet.  Photo by Jose Pereira (CC-BY-ND 2.0)

Thanks to everyone for all your excellent work in September 2021! Here are some of the month's highlights:

Welcome to the following new contributors who published their first GV story or translation in September 2021!

Number of stories published on GV in English: 97 (down from 107 in August)