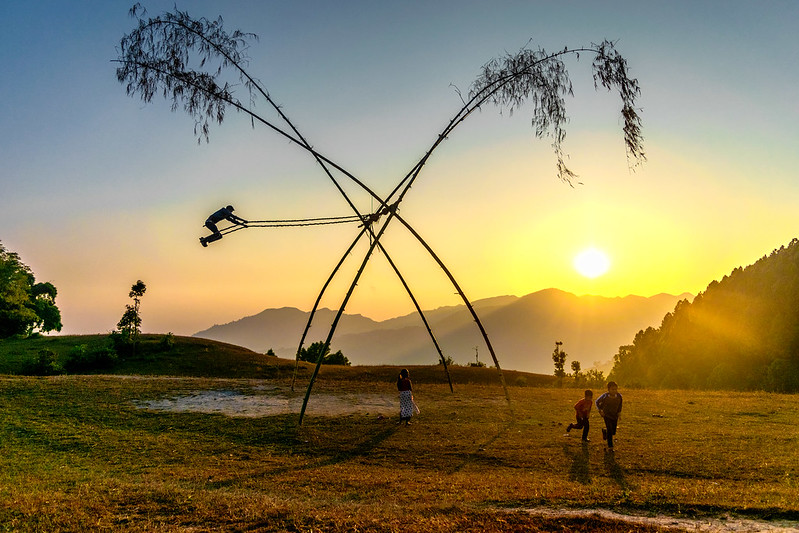 Children playing on a traditional bamboo swing during Dashain festivities in Palpa, Nepal. Dashain is the largest festival celebrated by Hindus in Nepal. A moveable feast, in 2021 Dashain was celebrated on October 7-15. Photo by Mithun Kunwar (CC BY 2.0)

Thanks to everyone for all your contributions in October 2021! Here are some of the month's highlights:

Welcome to the following new contributors who published their first GV story or translation in October 2021!

GV events: Led by our Advox director Nanjala Nyabola, the sub-Saharan Africa team organised a half-day workshop titled “Digital Democracy in Africa” attended by a small group of policymakers, civil society folks, activists, and journalists from the continent. The event was supported by a grant from CIPESA.

Number of stories published on GV in English: 100 (up from 97 in September)