We are Global Voices Germany 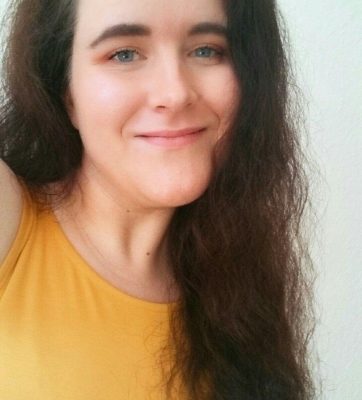 Julia. Use of image with kind permission.

When did you join Global Voices?

I’ve joined a year ago, in November 2014. My mom told me about Global Voices (GV) back then.

Yes, I do remember it. It was a text about the dark side of Alibaba’s success. Alibaba is a Chinese e-commerce giant.

I’ve learned that the world is even more complex and diverse than I initially already thought. Before I joined GV, I’d started to read news from around the world online and not solely rely on the traditional forms of media any longer. GV is one of my main sources when I want to know about the experiences and fates of the people that are affected by the events we see in the media. Those are often missing but that’s what I want to read about. Besides a lot of other great things, GV manages to give me this insight.

Like I’ve mentioned earlier, GV shows events from the people’s point of view, the ones that are directly affected by what’s happening. The many volunteers help to cast a light on issues and struggles that are so often overlooked by the media and the public. They show fates and grievances, but also nice and beautiful, stunning things. I would never have heard about many of those positive and negative stories if it weren’t for GV.

Did GV change your view of things?

To a certain extent, yes. I do question things more often now and try to get to the bottom of them, am the most interested in the people directly affected. The general state of things is neither unimportant nor not interesting, of course. You need it to understand what’s actually happening. But I’m looking to read about their causes and the fate of the individuals.

For me personally, the most challenging but also one of the most enriching things about translating for GV is to make sure the quality of the translation is right. I want to do the topic of the text justice and produce a good translation. Sometimes, it is difficult with some texts to not let the topic get to you too much so you’re losing the focus.

How do you deal with particularly tough topics?

I let it come close, let it get to me for a moment if a text is particularly emotional for me. I do, however, take a step back then and regain my focus, back on what my task is. Making a good translation. Most of the time, it works fine. There are only some cases in which it takes me more than one moment to take said step back.