Remembering Anna: An unrelenting activist for African justice and a huge loss for the Global Voices community 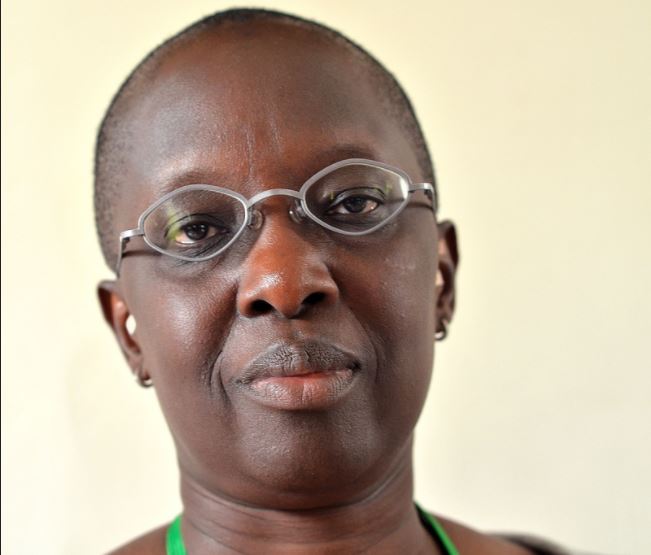 It is with great sadness that I learned of the passing of Anna Guèye, author and translator for Global Voices en français and a forceful voice for the francophone African community online. In addition to her many projects, Anna was one of the co-founders of Africtivistes, a network of African activists for democracy. A lot of her close friends and relatives have already articulated much better than I can what Anna has meant for the African web. Anna and I have collaborated at Global Voices since GV en français was only a few months old.

Anna's hometown was Dakar, Sénégal but she was the epitome of a third culture generation. In her own words, she described a life of travel and discovery:

I now live in the Netherlands (La Hague  is  in my 12th city of residence and the Netherlands my 8th country). I spent my teenage years in Ethiopia and my child was born in the USA.  Her father is french with Italo-Sicilian origins. I myself was born in Brittany of a Senegalese father and a half Guinean mother. My mother was born in Guinea and my father is from Guinea-Bissau.

Hommage to her tireless work abounds online; indicative of the imprint she left on online media observers worldwide. She would say that Twitter was her favorite platform for activism. The concise structure of the media worked well with her active but discreet personality. She had mastered twitterstorm before Twitterstorm was a thing. But her voice also came through in her rare but impactful long-form essay. Here is her takedown on the recurring but misguided description of African conflicts as all derived from “ethnic tension”:

In most cases, Africans had little allegiance to what can now be considered a “tribe” along objective criteria of genetic, linguistic homogeneity or culture in a given geographic region.  Ethnic groups are in large part a colonial heritage that emerged as an instrument in order to control the people and the distribution of their resources. The European colonists encouraged assimilation into African groups with the creation of administrative units, which then labeled them in ethnic terms, as happened in Uganda where classification of local populations based on their “tribe” was mandatory. This also occurred in Rwanda. In Zambia, one catalogue had a surprising stereotype listed as fact: The Ngoni were “strong and bellicose”; the Lamba according to the catalogue were “lazy and indolent”, and it went on like this for the remaining some 70 “tribes”. The colonial administrators who could not physically be everywhere, therefor needed “important men”, the so called traditional leaders. These leaders were responsible for implementation of the colonial policy in their region. When existing ethnic communities were fragmented (which was the case almost everywhere), they were merged with or assigned to other groups, and a single leader was chosen to represent all. For example the Yoruba in Nigeria (comprised of at least 12 major sub-groups), the Akan in Ghana or the Xhosa in South Africa were artificially divided into “tribes” because  they share similar cultural and linguistic characteristics.

Most of us remember her for her constant struggle for justice and equality, specifically for Africa's place on the Word Wide Web. Here are a few of those online tributes:

I still recall the early days of African blogging of which you were a trailblazer; so full of enthusiasm & hope for the continent! #RIPAnna https://t.co/pD0aRPBJJj

Thank you Anna for your generosity. My thoughts are with Anna and her family and the Africtivistes community. it is a great loss #264220Merci #RipAnna

A social justice warrior is gone. For me, your name is synonymous with freedom, you will be missed. Find eternal peace #RIPAnna

From my limited window as editor of the francophone region since 2009,  Anna ‘s work and expertise were critical in explaining the many conflicts that arose this decade in West Africa to Global Voices audience. From the civil war in Côte d'Ivoire to the ongoing conflict in Mali and the lingering effect of the religious struggle in the Central African Republic, Anna was always on point and would not accept lazy, simplistic explanations for these complex issues. In that aspect, she embodied the core values of Global Voices. She was unwavering in her beliefs and statements. We often clashed on how her Global Voices should be edited but I am better for those many frank exchanges. So there are three main lessons I will remember from Anna as I try to come to terms with her sudden passing:

I will definitely miss her uncompromising vision, the fire she brought to the community and how she pushed me and everyone else into becoming sharper on the many issues from the African continent.

Anna is survived by her young daughter Emma.