2018 Editorial Goals: Getting to Know the Why and How of Indigenous-Led Online Media 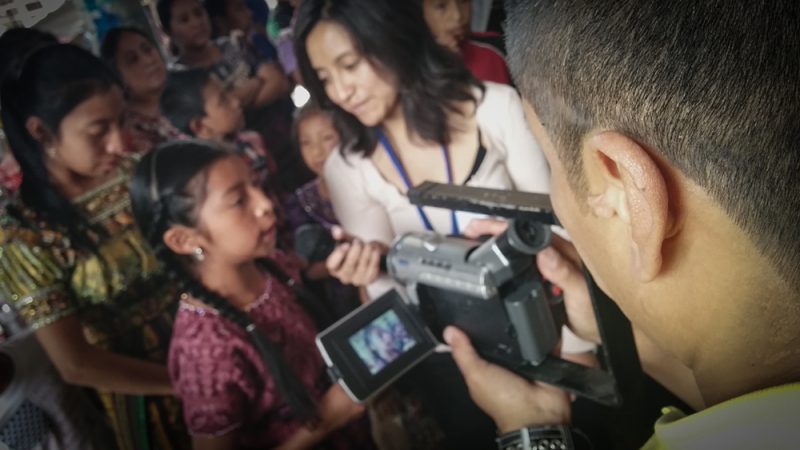 In 2018, Global Voices newsroom editors, section leaders, and other core team members will be experimenting with a new approach to our work: periodically setting detailed goals and keeping track of our progress on the Community Blog. In the following post, Rising Voices Director Eddie Avila presents his plans for the first part of the year.

As you may know, Rising Voices has been teaming up with NewsFrames for an exciting new project called “Rising Frames” that takes the best of both worlds to take a data-based approach to digital storytelling. Focusing on RV’s mission of supporting underrepresented communities in their online work and NF’s use of data for analysis about media representation, this project started with a series of articles called “Reframed Stories” through conversations with Ecuadorian indigenous communities to not only see how their communities or issues important to them are being represented in the national media, but to work with them to respond to these data findings.

The result was a series of posts by five representatives from these communities in Ecuador, which was nicely summarized in this post by our colleague, Belen Febres-Cordero. As we reach out to other communities across the Americas, this time in British Columbia in Canada, we’ve been interested to learn how concerns about media representation of indigenous and First Nations communities in the media compare and contrast across regions.

It is also clear that more and more communities are leveraging the power of the internet and digital media to launch their own media outlets or projects. We want to learn more details about the context in which the project was created, as well as how the project operates.

RV would like to create a series of blog posts to highlight indigenous-led digital media outlets and their work related to the representation of their communities in the media. Not only will we ask them about their thoughts on the importance of media representation, but we want to learn about the challenges they face, the reasons for starting their project, as well as other questions regarding strategy and the digital tools or platforms being employed.

We feel that it really important to better understand how similar approaches to this question take place across different communities as a way of learning about strategies, tools, and challenges. Once the posts are published, they will be available for translation by our wonderful Lingua teams, which will further their reach and amplify their voices to other part of the world.

By interviewing a number of indigenous-led media outlets in the Americas, and possibly elsewhere around the world, we will build a loose network of initiatives where they can learn from one another about lessons learned, strategies to overcome strategies, and impact. We hope that 1-2 of the initiatives contacted will demonstrate significant interest in participating more actively in Rising Frames by seeing how the project might work for them by analyzing data related to the representation of their community or issues important to them and producing collaborative stories that respond to the findings.