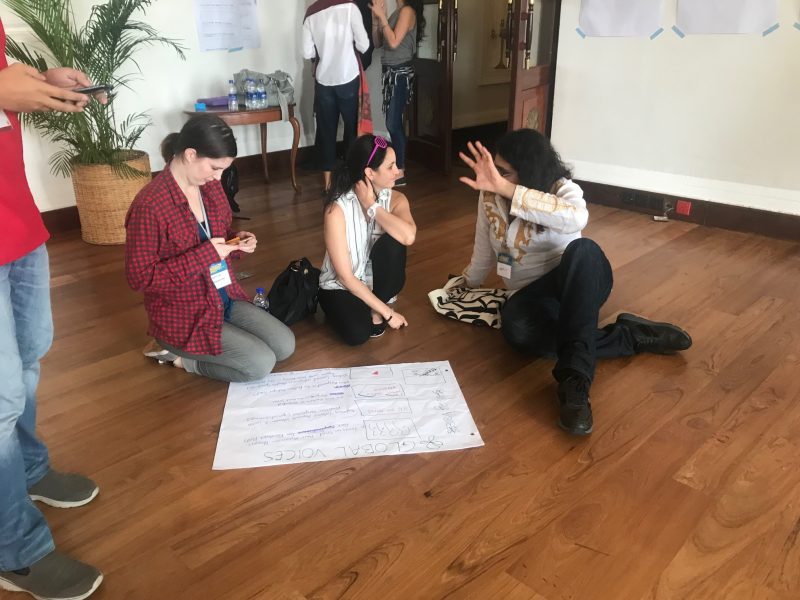 This post is part of series of reports on newsroom activities at the Global Voices Community Meeting in Colombo, Sri Lanka on Nov 28-Dec 1, 2017.

A day before the meetings with the full group of 130 community members started in Colombo, Global Voices newsroom editors and staff members got together for a day of reflections and brainstorming on our future.

In previous posts, we gave an overview of how we built the schedule for the newsroom staff meeting, our conversations on mission, on community and the stories we want to tell. This post is a follow-up to the last post on stories.

In the second half of the staff meeting, newsroom editors and project leads split up into groups of five to imagine their ideal homepage, populated with five examples of stories that they would like to tell and that fit of GV’s mission. The stories could be completely invented or based on a real-life situation and were supposed to represent a diversity of regions and themes.

The brainstorms largely resulted in stories about free expression and other human rights, as well as stories of cross-border connection and grassroots efforts to change the status quo.

Here are the reimagined homepages we produced: 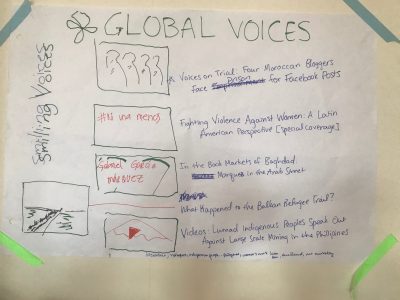 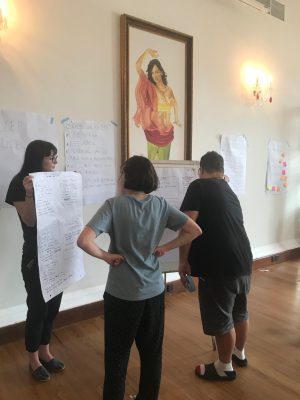 Group 2 called themselves “The Dissatisfied” and they wanted to see more:
-interviews (have resources to tell human stories, telling stories in their own terms)
-stories about resistance
-analysis/essays (more Bridge; regional editors should be able to edit Bridge stories instead of it being centralized)
-cross-regional/collaborative stories
-human interest/cultural stories/cat stories/fun stories 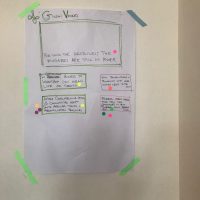 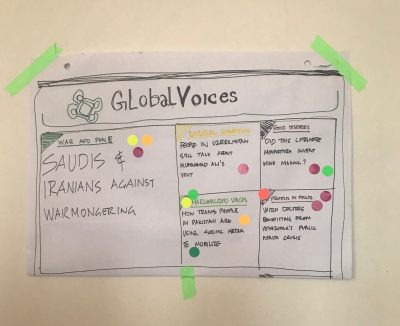 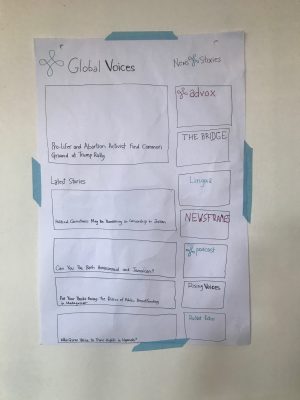 Here are the previous posts in this series: