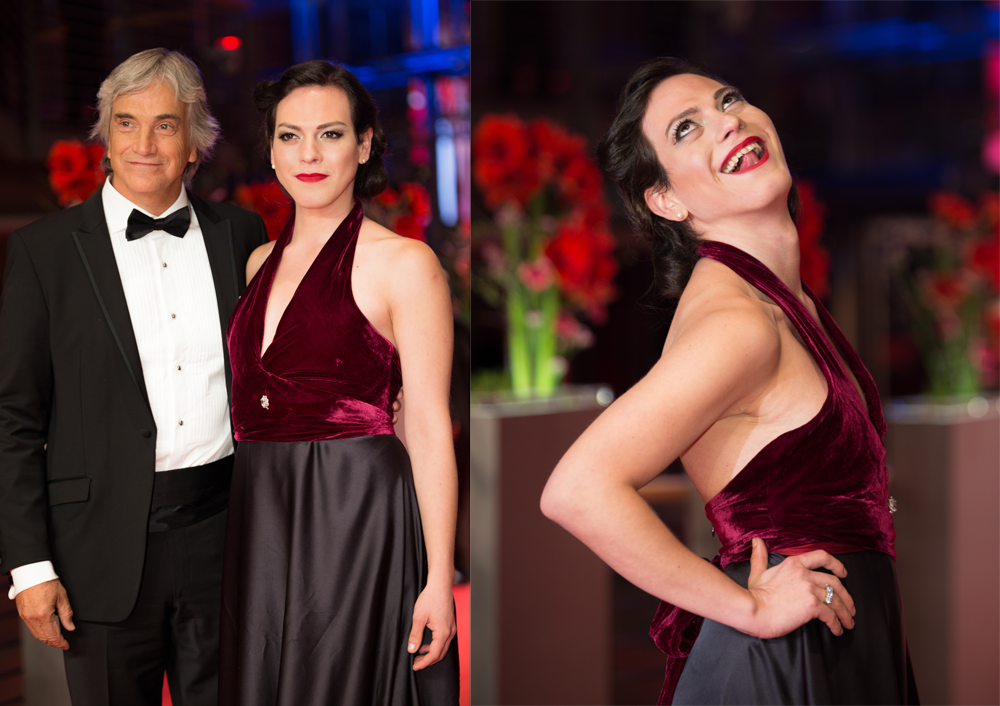 A Fantastic Woman (Una Mujer Fantástica) set two firsts at this year’s academy awards. The highly acclaimed winner of the 2018 Oscar for best foreign language film is the first such award for a Chilean film. In addition its star Daniela Vega was there as the first openly transgender presenter.

When I saw the film I was unaware of any of this, in fact only knew the title and that it's a Spanish language film. What a delightful surprise! The extravagant praise for its director/co-writer Sebastián Lelio and Daniela has been more than well deserved.

[Please excuse any spoilers.] When the partner of transgender woman Marina dies suddenly, her world implodes. She is brutally ostrichised by Orlando’s family as she struggles to cope with the loss.

It is difficult not to reach for the cliché kitbag. The confrontation is disturbing and painful. At the same time, her personal journey is also joyous and uplifting, love and life affirming.

Daniela’s powerful, passionate performance as Marina is one of the best of the academy year. Her talent as an aspiring opera singer brings added depth to her character. Co-star Francisco Reyes gives a strong, professional performance as Orlando.

Lelio displays the filmmaker's craft at its very best. The tight direction and script grip the viewer from the start. The backdrop of 21st Century Santiago underlines the complexity of this very modern drama. The Chilean Spanish is surprisingly easy to follow for novices. This official trailer should whet your appetite:

The film has certainly brought out not-unexpected arguments online. This exchange is just part of the reactions to distributor Curzon Artifical Eye’s preview post on their Facebook page:

Kaisa Mäenpää: Wow, another transphobe misgendering a trans woman, how original haha. Modern science literally says gender and sex are not the same thing (check it out yourself, because you clearly haven't), and that even though sex can be determined by looking at chromosomes, gender can't.

Daniela raised some of the issues in a recent interview for the Guardian:

“The film wants you to question where you stand in society. Are you with Orlando’s family or with Marina? Instead of answering questions, the film’s trying to ask questions about everything. What bodies can or can’t we inhabit? Which love stories are valid and which aren’t? Why is it that certain groups oppress other groups because they’re not within what they consider normal boundaries?”

Valeska Freire, founder of Magic Haus Films, http://www.magichausfilms.com/team has been one of many to promote this discussion:

Let’s have conversations about transgender people and the civil right issues they have to deal with in Latin America. #AFantasticWoman. Best foreign language film to get an #Oscar 2018.

It's a topic that is trending across the globe. Recent instances include: