Nobel Peace Prize Seen As Rebuke to the US 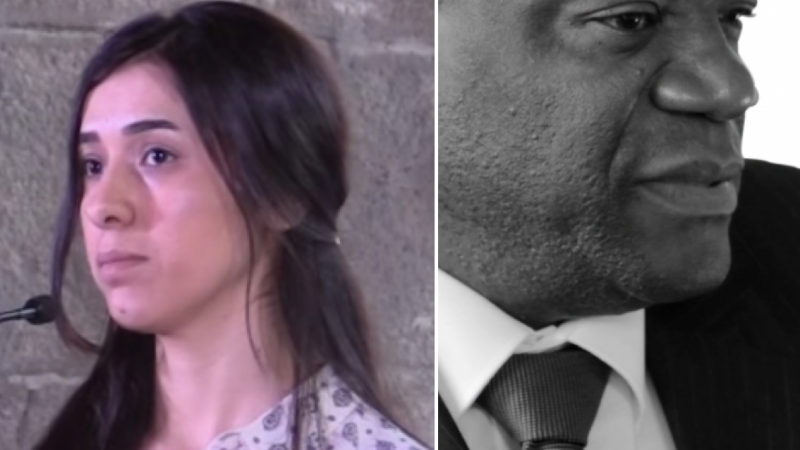 The Nobel Peace Prize was awarded to Iraqi Yazidi Nadia Murad and to Congolese Denis Mukwege for their “efforts to end the use of sexual violence as a weapon of war.” Although their selection was somewhat surprising (South Korean president Moon Jae-in and Angela Merkel were the favorites to win), Nadia Murad and Denis Mukwege are definitely among the most deserving laureates in recent years.

Nadia Murad is a 25-year-old Iraqi woman who was kidnapped in August 2014 by the Islamic State (IS) in her village of Kocho, near Sinjar in northern Iraq. A survivor of the ongoing genocidal campaign against the Yazidi community, Nadia was tortured, repeatedly gang raped, sold as a sex slave, and forced to marry one of her kidnappers. After many escape attempts, she finally managed to reach Germany. Nadia has been fighting for the cause of the Yazidis ever since.

Denis Mukwege is an obstetrician from the Kivu region of the Democratic Republic of the Congo. For over 15 years he has been working to aid women and babies victimized by the sexual violence of the armed groups who spread terror in the country. As evoked by Dr. Mukwege, at least 500 000 Congolese women have been raped in the past 16 years. His actions run counter to the plans of armed groups who aim to destroy the women of the region. On October 25, 2012, Dr. Mukwege was assaulted in his home in Bukavu, and his guard was killed. Mukwege is not only known for his stance and repeated criticism of the armed groups who terrorize the region, but also for providing free medical care to their victims.

This year's prize represents a powerful assertion that human rights should be the principal concern of world leaders. The timing of the award provides a stark contrast with the diminishment of human rights in the United States, where children are locked in cages, black minorities are regularly subjected to police violence, the freedom of the press is scorned, and the newly confirmed Supreme Court judge, Brett Kavanaugh, is accused of sexual violence by three women.

President Trump himself has been accused of sexual abuse by about ten women, and was recorded bragging he could “grab ‘em by the pussy,” in a video published by the Washington Post.

In spite of doubts that the United States’ soft power in international affairs is declining, Nadia Murad and Denis Mukwege's selection for the Nobel Peace Prize demonstrates a clear reprimand of the US government. Like the slogan “America First” suggests, the country seems to be doing its utmost to isolate itself from the rest of the world. The rest of the world chose Nadia and Denis, while the United States elected Donald and Brett. Trump wanted to “make America great again” but the rest of the world can see that he has only succeeded in bringing back the ugliness of Jim Crow laws and McCarthyism.  From the Nobel Peace Prize to the recent Paris climate agreement, it's clear that the rest of the world wishes to dissociate itself from American leadership as quickly as possible – even going so far as to openly ridicule and laugh at its expense.