The book will be presented on October 29th 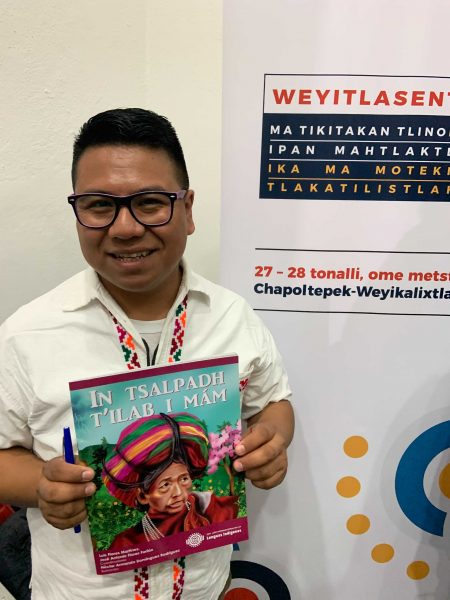 Luis Flores with the book “In tsalpadh t’ilab i mam” in Mexico City in February 2020. Photo by E.Avila.

In 2015, Rising Voices awarded a microgrant to Luis Flores, a young Tének (also known as Huastec) from the community of Isidro, Tampaxal, in the State of San Luis Potosí in Mexico. He has been working extensively with revitalizing his native language through campaigns on social media and he is the founder of the project Lenguas Web.

His project proposed to help revitalize the language by engaging children from a local school to collect stories from elders in the community. These traditional stories were recorded and collected as a series of videos uploaded to a YouTube channel and became the basis of an e-book titled “In tsalpadh t’ilab i mam” with illustrations by a local artist. We’re pleased that Rising Voices was able to support this project since it came directly from the community which identified the need to preserve traditional stories as a way to pass on this knowledge to younger generations. I was given a copy of the book when I met Luis at a conference in early 2020 in Mexico City. 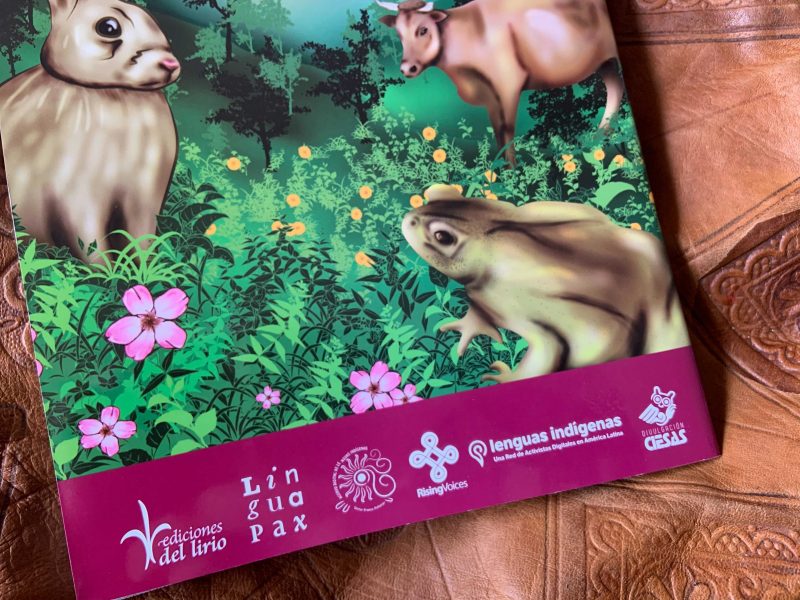 Back cover of the book “In tsalpadh t’ilab i mam” with the Rising Voices logo. Photo by E. Avila 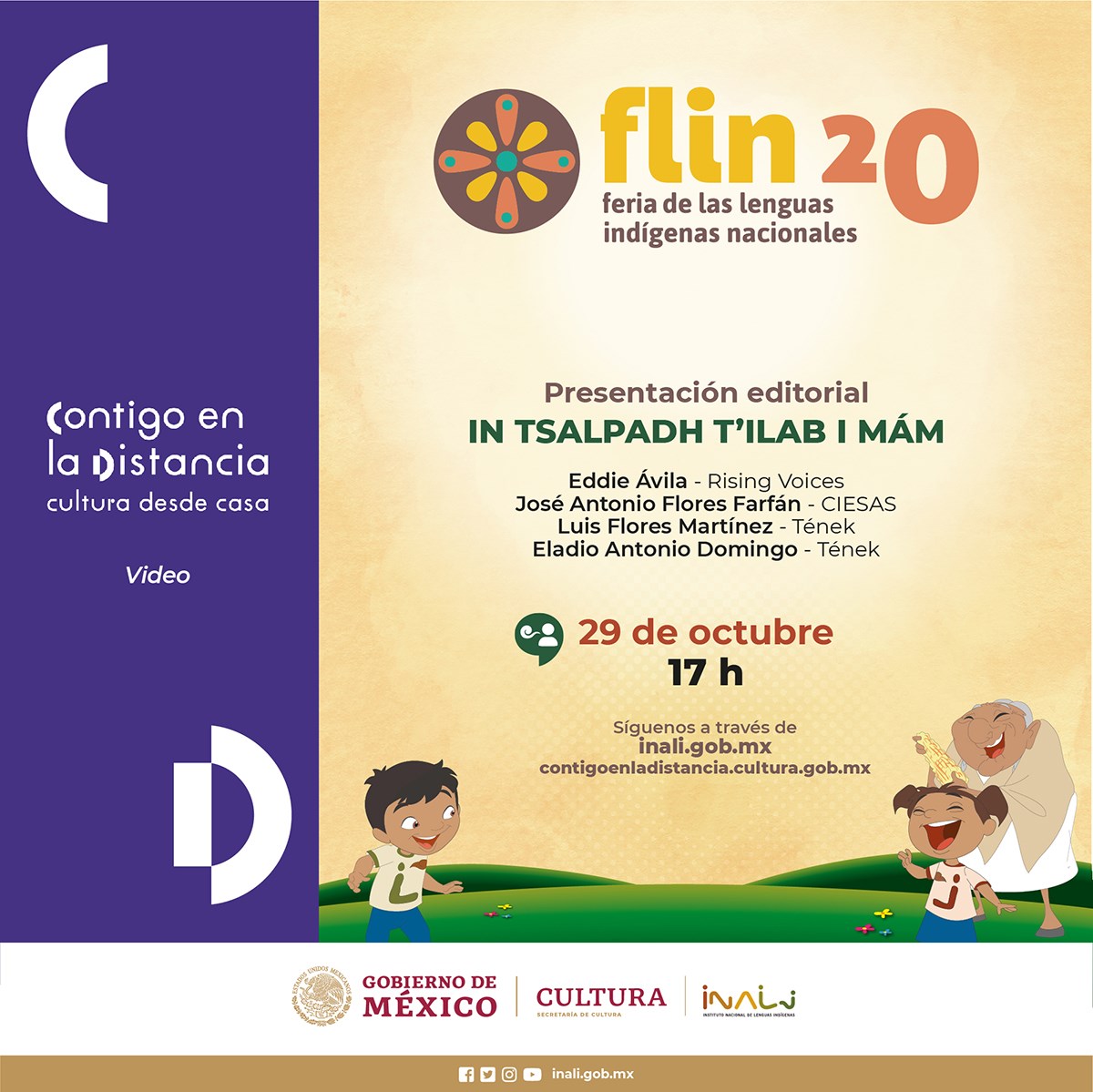 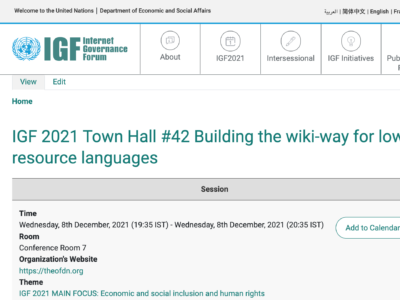 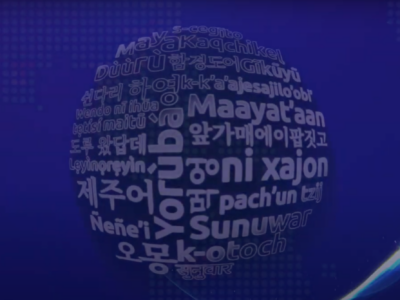