"Reading and learning about new stuff is a breath of fresh air." 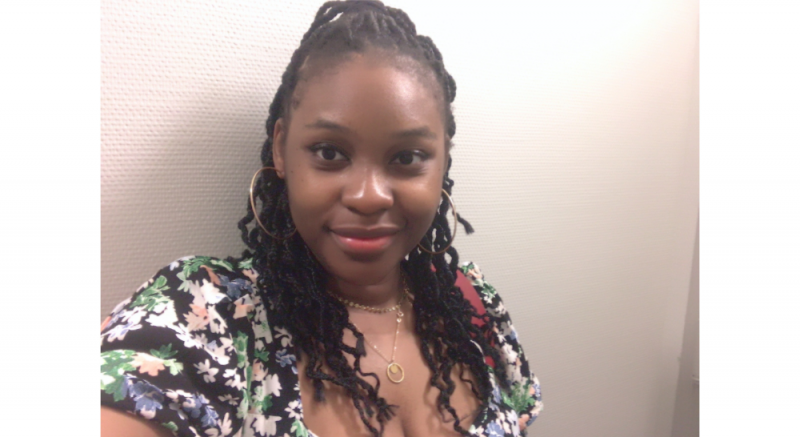 Photo provided by Marie Kéïta and used with permission.

In her second year as a member of the Global Voices in French team, Marie Kéïta has translated more than 30 articles. Originally from the Ivory Coast, she is now based in Paris, France. In this email interview with Global Voices, she shares how her contributions to GV have made the world feel like a smaller place.

Marie Kéïta (MK): As a freelance translator, I spend a lot of time translating haha! I'm an avid reader, guilty of buying more books before reading the massive pile I already have! Before the pandemic hit us, I would spend time with my friends in real life and travel as often as possible. I also love listening to podcasts to discover stories and opinions different from mine that challenge my mind.

MK: I am a proud feminist, I have a deep interest in women's rights, and I can talk about it for hours. A look on my GV author's page confirms that! I feel like people are sometimes afraid to openly say they are [a feminist], out of fear of being judged. I believe we should empower everyone to be more confident in their feminism.

MK: Paris is very different from what we see in movies or series. It's more diverse. The image that some people have of Parisians in general and women, in particular, couldn't be more different from my reality. And no, not everyone in Paris walks around with a beret! :)

MK: After I graduated from university, I struggled to find a job, and I didn't want to stop translating. A friend of mine told me about GV and said that volunteers were welcome. After reading a few articles, I was eager to contribute!

It was a way for me to practice while translating meaningful stories that I wouldn't have read elsewhere. My application was approved thankfully and the rest, as they say, is history! I love being a part of such a large community.

MK: GV is important because of the diversity of the stories we cover. It's riveting! It's fair to say that lately, the news has been quite hard to process. Reading and learning about new stuff is a breath of fresh air. I hope not to sound cliché but translating and reading about stories from areas of the world that aren't often covered in mainstream media, is like traveling without leaving my home.

There's also a strong sense of community! I haven't had the chance to meet any GVers in real life yet, but I made friends. We genuinely take care of one another. It's a safe space, free of judgment, and that's become rare on a social media platform.

MK: Translation can be a difficult field to work in. I obviously have to think about earning a living, but I don't want to give up things I'm passionate about. Thanks to GV, I get to learn about and work on topics that are important to me.

MK: GV showed me that we're all connected. Once again it might sound a bit cliché, but it's true. Living in different parts of the world is not an obstacle.