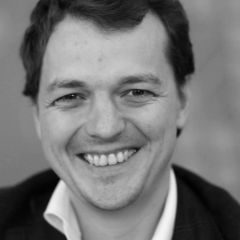 * This post was originally written on GV en français and translated by Graham Perra.

Donald Trump and Angela Merkel may have reiterated their support for NATO, the military alliance continues to draw increasing discontentment on both sides of the Atlantic.

The North Atlantic Treaty Organization (NATO) has seen better days, but despite Donald Trump's harsh words for the transatlantic alliance, he was quick to reaffirm his support during his first bilateral meeting with British Prime Minister Theresa May. Following their meeting on January 27, Ms. May stated that the US president was “100% behind NATO.”

The turnaround was again confirmed the next day in a joint statement issued following a telephone call between Trump and German Chancellor Angela Merkel, who reiterated “the NATO Alliance's fundamental importance to the broader transatlantic relationship and its role in ensuring the peace and stability of our North Atlantic community.” Showing signs of a friendlier relationship with Germany, the US president said in a statement that he looked forward to welcoming his counterpart for a visit and that he would attend the G20 summit in Hamburg in July.

As expected after a campaign that will be remembered for its searing rhetoric, it seems that Trump has watered down his previous declarations against NATO and the EU. Previously, in a mid-January interview with the London Times and the German newspaper, Bild, the US president had been much more critical, even saying “You look at the European Union and it’s Germany. Basically a vehicle for Germany. That’s why I thought the UK was so smart in getting out.”

With respect to NATO, Trump called the organization “obsolete,” for not sufficiently adapting to the terrorist threat. He also blamed members who have not paid their share, equal to 2% of GDP, as agreed in 2014, to fund military spending. Trump stated,  “the countries aren't paying their fair share so we're supposed to protect countries but a lot of these countries aren't paying what they're supposed to be paying, which I think is very unfair to the United States.”

The American president's sharp language is a mere reflection of the widely expressed, shrinking confidence in the transatlantic alliance. According to an Ifop survey of 7000 people conducted in October 2016, while 65% of Italians and Poles believe that the EU needs US and NATO support to protect itself from outside threats, only 54% of Britons, 53% of French respondents and 48% of Americans share this opinion.

According to Filip Kovacevic, international relations professor at the University of San Fransisco, NATO, founded in the aftermath of the World War II, is a “product of the Cold War, which should have been committed to the scrapyard of history.”

Kovacevic believes that Donald Trump would also be favorable to “NATO's disintegration [which] has already begun.”

Controversy over openness towards East

While the 28-member alliance is opening its doors to more and more Eastern European States, the White House would rather spend more on strengthening its own military in the president's plan for a “great rebuilding of the Armed Forces.” In late January, the vote to ratify Montenegro's accession to NATO was postponed by the US Senate for the fourth time.

Authorized to attend the organization's meetings as of May 19, 2016, the Balkan country should logically become the 29th member in 2017. However, although Montenegrin leaders are hoping to obtain NATO membership, which they see as a stepping stone towards admission into the EU, they have found themselves in gridlock. The reluctance of almost half the population, coupled with repeated attacks against democracy and numerous corruption scandals overshadowing high-ranking officials of the ruling party all add to the acrimonious debate surrounding Montenegro's bid to join NATO.

The DPS is the only party in Europe to have ruled during the communist era and remain in power to this day. The former president and recently resigned prime minister, Milo Djukanovic, leaves a legacy stained by a telecom scandal, wiretapping and cigarette trafficking in collusion with the Italian mafia.

The majority of Montenegrins want to join the EU like other prosperous countries such as Malta or Austria, but not NATO,

affirms Marko Milacic, leader of an opposition movement. But as Filip Kovacevic points out, even one of NATO's oldest members is showing a decreasing willingness to cooperate:

Over the past six months, Turkey, NATO's second largest country in terms of its armed forces has cooperated more with Russia than with the alliance itself.”

Moreover, Samil Tayyar, a deputy in the ruling AKP party even went so far as to brand NATO as a “terror organization” and a “structure threatening Turkey.” To date*, no AKP official has stood in opposition to these inflammatory statements.

*Translator's note: As at the date of the original article in French dated February 10, 2017.