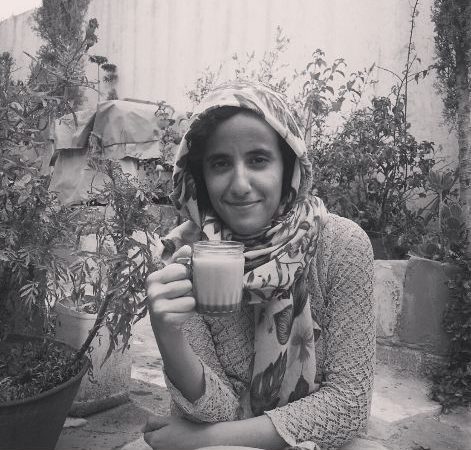 Photo of mine two years ago

There are things that started with us or grew up our childhood with, which we could not erase from our memory. Not only these, but some also affected us until we became used to them as we grew up. Me, there are a lot of things that affected me since my childhood. One of these things is drinking a cup of tea at the cafes on sidewalks and streets, which I used to do with my father in my childhood, where we went often together to drink a cup of tea and watch traffic and what are people doing. It was the best moment for me, especially in the air between the traffic with my father, sometimes I was leaving my cup of tea to be cool, not hot, and go around the markets. I felt like I am discovering the world while my father was staying waiting for me till I came back to drink my tea slowly, enjoying it. Finally, we go home. We were repeating this many times at the same cafe that was a few steps away from our old house.

The years passed and everything has changed. The situation is no longer like it was in the past. I grew up and became a woman and I am no longer going to cafes with my father that easy and that cafe no longer exists, a few steps away from our old house. The Yemeni society does not get used to women sitting in open cafes in the streets eating or drinking in front of people. In general, for them, this is rude and shameful. In Yemen it is rare to see women in open cafes on the streets and sidewalks, those places are only full of men. Therefore, it has become rare that me and my father to drink together in cafes, but my father used to buy me a cup of tea to take with me on the bus when I go to the university. However, there is still the problem of the community's views filled with shame that does not change, although, I do not stay inside the cafe with my father, I stay outside near the place waiting for my father to hand me my cup of tea to take it with me.

Nevertheless, the looks of people that are filled in exclamation and stares do not stop, how can an adult girl stand waiting near a cafe full of men? In the end, my father hands me my cup of tea and a piece of bread to eat while going to the university with a farewell. Then I go to the bus and keep drinking the tea with that piece of bread until the end of my commute. 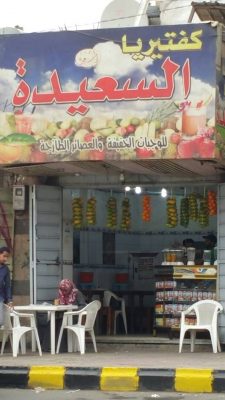 Photo of mine in a cafe on the street a year ago.

I kept thinking too much about why I can not stay with my father to eat that piece of bread and drink the tea like I was a child, but the community and its diseased looks stayed a barrier in front of me and imposed itself on our lives. We ended up practicing things we do not want to, things that made us fake people, not our real selves. But, my life as it was in childhood is still a vivid memory in my mind and my soul, therefore, I could not change. I kept practicing many things despite a lot of people in my community viewing them as childish or I have to not keep doing them after I grew up and became an adult, but I see them as natural things, part of my natural life and part of my personality.

So, I did not stop going to open cafes on the streets, it is true not with my father as a child, but I get used to going alone and chose some places that have always become my favorites. In some of these places the servants are surprising by me sitting down at the table to require, but the waiters were doing the service and in the end, they get used to my presence mostly as well as it became a normal matte for them as it was normal for me since the beginning. I have spent my moments happily outdoors with a cup of tea watching people and traffic like I was a child, while people remain watching me in a bad way and whispering to each other: “Look at that girl! She is impolite or indecent!”, while I am in my world living moments of happiness and childhood with each sip of a hot cup of tea between the crowds… 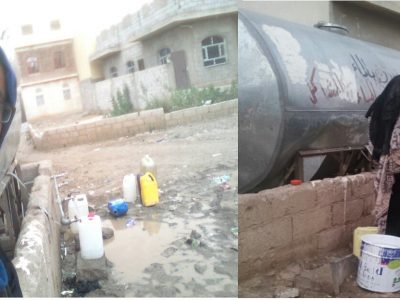 From inviting for tea to resisting to live 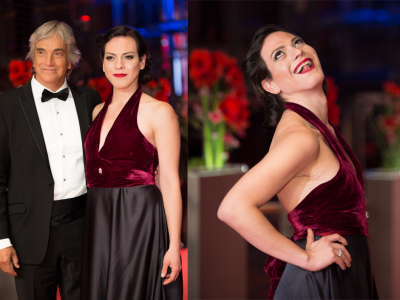 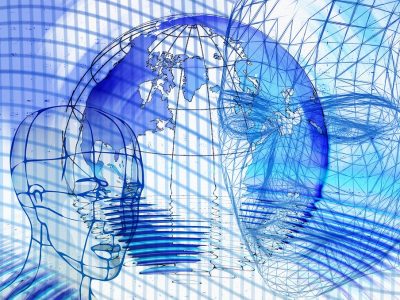 Three, Two, One… Go! GV LIFEstyles Is Up and Running!