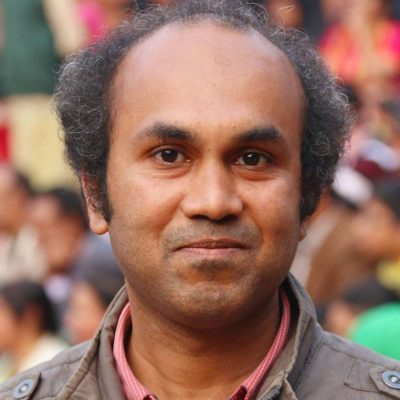 As part of a new social media campaign to celebrate linguistic diversity online throughout Asia, every week a different language activist and advocate will be taking turns managing the @AsiaLangsOnline Twitter account to share their experiences with the revitalization and promotion of their native languages. This campaign is a collaboration between Rising Voices, the Digital Empowerment Foundation, and the O Foundation.

Each week, the upcoming host will answer several questions about their background and will give a brief overview of their language. This Q&A is with Farhad Shafitul Kabir (@bijoymajumdar) who will provide a sneak preview of what he will be discussing during his week as host.

Asking me who am I makes me little bit confused. I am husband to a beautiful wife, father of a naughty boy, son of caring mother and happy fellow for old friends. As a person I have name but there is confusion with that as some people know me as Farhad (Shafitul Kabir) and few others know me as Bijoy. In Bangladesh, if someone asks anyone which country they belong to, it actually means which district are you from. Now it also creates confusion for me in Bangla language. Though I lived in Dinajpur district which is almost 700 kilometers away from Sylhet  but my passion and love for Sylheti language makes me Sylheti.

I have studied Anthropology form Jahangir Nagar University. But I called myself a person with no job and no integrity. Yes I do work though. Work for food is essential as you know. I write articles and do translation for NGS and for corporate houses. I also write some prose and some poems/rhymes.

Debate still exists on whether Sylheti is a language or not. But some scholars believe that it is not a Bengali dialect because it has its own alphabet, spell and grammatical system. So Sylheti Nagri is a language with its own fonts.

And not surprisingly, you will hear some people are speaking Sylheti in London, the capital city of England. This is because people from Sylhet migrated from Bangladesh to England carry the language with their tongue and thanks to colonial rule of Great Britain in India.

There is a publishing house name Utso Prakason but it will show the message server not found facebook page of Utso Prokashon published books in Nagri. The publishing house is in Dhaka but it has a series of books which has written in Nagri font. Also some books in about Ngari has been published from London.

In the era of internet Sylheti Nagri get some momentum in the online. Thanks goes to STAR (Sylheti Translation And Research), for the initiative. This London based Sylheti Nagri Development project develop a Unicode for Nagri . So we can type Nagri in online.  Also a London base organization developed a dictionary in Nagri. One can download this app in his/her mobile from here. This project also has a Facebook page  to write down story, poem and share YouTube video in Sylheti Nagri language and discuss with each other.

RV: On what topics do you plan to focus during the week that you’ll manage the @AsiaLangsOnline Twitter account?

The Sylheti Nagri language week could be campaigned under the name “Fight to Survive”. In this week I will focus about its struggle to survive in the time of OLON (one language one nation concept).

Currently, many languages are fighting to survive as Globalization is becoming threat for indigenous or small scale community peoples those who are not speaker of the major or official language of the state or the country. The Sylheti Nagri also has the similar experience.

It has a story which has the journey from Sylhet to London or in England.

I will also share the story of those who works for the language. Simply these people are tried to make the language alive. And of course I will focus on the topics regarding what can be done to spread the language using the internet. Like open a Wikipedia page with Sylheti Nagri Language and also open a page in Global Voices for translation its story in Sylheti Nagri and share the link in twitter.

I will also focus on the people who are working for this language.

Sylheti Nagri is a language with sweet and rhythmic sound and I believe it needs to survive in offline and online mode. Language means communication, Culture, history, tradition, belief system, ritual etc. A language speaks for its people.  If we lose a language, we lose a nation and its history, its culture and of course its knowledge.

My hopes and dreams about the language are vast. One day this language will be recognized as an official language of the country. My dream is that one day a grandfather will be reading a story which will be written in Nagri and a school text book will be available in Sylheti Nagri language and of course with its own font.